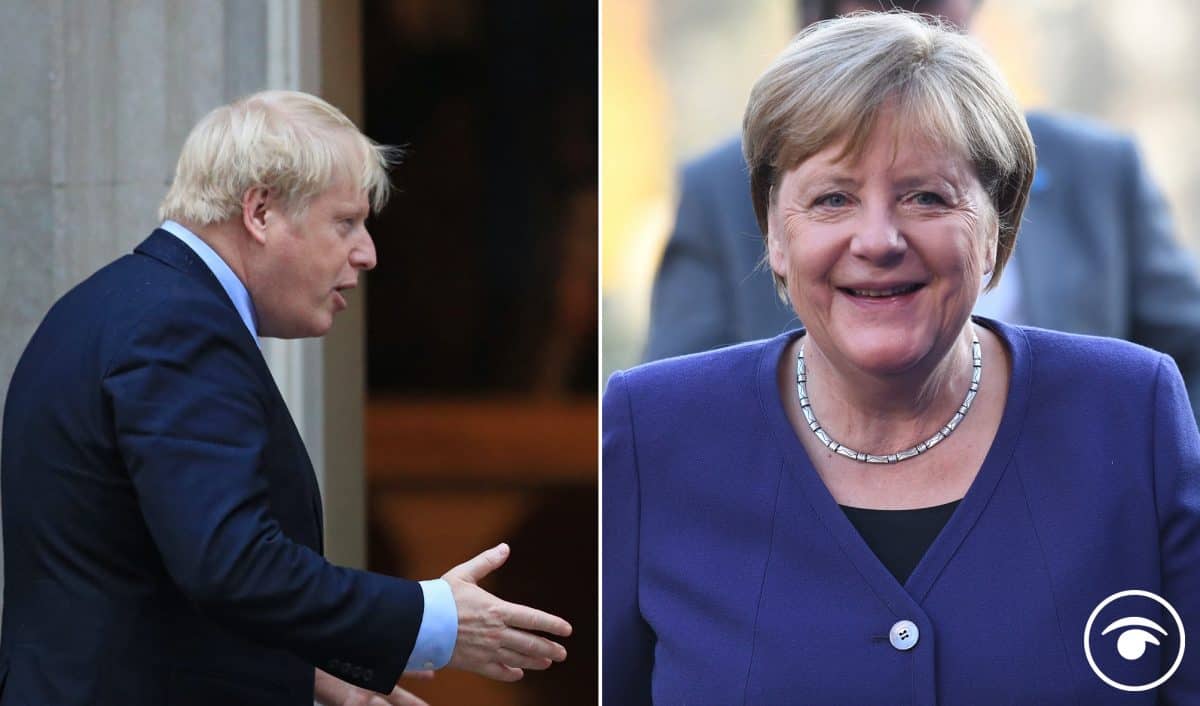 The UK fired a warning shot to Brussels over no-deal after readying Royal Navy boats to patrol its fishing waters as negotiations enter their final 48 hours.

However, yesterday the Mail on Sunday blamed German chancellor Angela Merkel for holding up an agreement which is holding back the Brexit deal.

And it quotes a government source saying Merkel was “determined to make Britain crawl across broken glass” rather than reach a deal.

It was roundly slammed for being jingoistic and conjuring up images of Kristallnacht.

You can see some of the responses, below.

So, when she asked about the British stance over the weekend, how did Merkel respond? With a touch of class.

Put to her that “the UK press” was blaming her for the lack of progress in Brexit talks, she said: “Aha, that’s good to know.

“I’m not negotiating at all.”

It is hard to imagine a Brexit deal which would be “sufficient for Scotland”, the country’s Constitution Secretary has said.

Mike Russell said a deal would be better than the “complete disruption” of no deal but described Brexit as “utter folly”.

His comments came after Labour suggested it may be minded to support an agreement.

Talks between the EU and UK on a post-Brexit trade deal are continuing after Prime Minister Boris Johnson and Europe’s top official, Ursula von der Leyen, agreed to “go the extra mile” and continue discussions beyond Sunday’s initial deadline.