"Trade agreements are not made to assert one's independence, they are made to manage our interdependence." 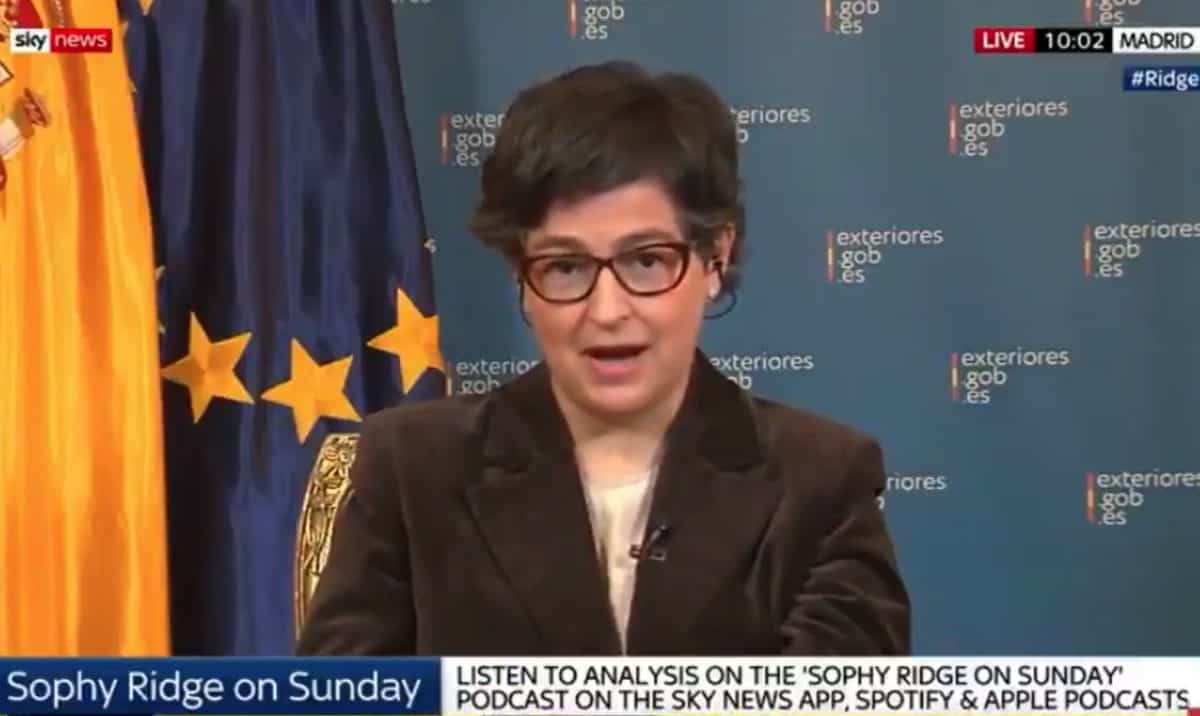 Arancha González has been praised for concisely summing up why trade talks between Britain and the European Union are failing.

The Spanish foreign minister pointed out that trade agreements are made to establish one’s interdependence, not independence, which is likely to have been the key barrier to progress.

The UK and EU refused to set a new deadline following a decision to continue discussions, but time is tight for a deal to be reached and approved by the end of the month when current arrangements expire.

There was fresh hope on the prospect of a deal after Boris Johnson and Europe’s top official Ursula von der Leyen agreed to “go the extra mile” and continue discussions beyond Sunday’s initial deadline.

But Boris Johnson continued to warn that a no-deal outcome was still the most likely scenario.

He said the country should get ready for the breakdown of talks, resulting in tariffs under World Trade Organisation (WTO) terms from January 1 – a move that is predicted to cost jobs, cause food prices to rise and wipe £45 billion off the economy next year.

“The most likely thing now is, of course, that we have to get ready for WTO terms, Australia terms,” the Prime Minister said.

Fisheries have been one of the main sticking points in the discussions, largely due Britain’s will to ‘get its sovereignty back’.

Indeed, Royal Navy boats have been put on standby to patrol British fishing waters in the event of a no deal Brexit, even though most of the fish caught in UK waters goes abroad and a French firm is responsible for monitoring activity.

This, by Spanish Foreign minister @AranchaGlezLaya, is absolutely superb. The clearest expression of the problem I’ve heard. The UK is trying to use a trade deal to do something it’s not designed to do. This, fundamentally, is why negotiations have failed.