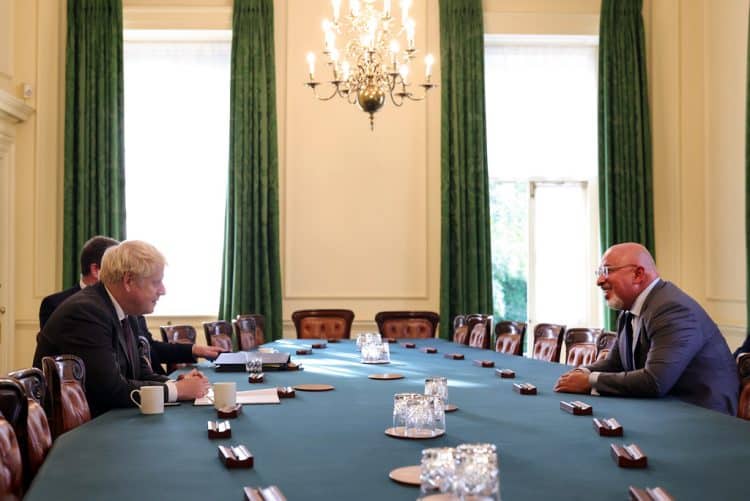 Oh, to be a senior official within the Conservative Party. Words really don’t have a long shelf-life, do they? Earlier today, we produced a list of all the top Tories who have so far come out in support of Boris Johnson, just months after demanding his resignation.

You can now add Nadhim Zahawi to that list. The two-month chancellor, who served during the dying embers of Boris Johnson’s ill-fated premiership, famously told BoJo to resign in July. His announcement came 48 HOURS after the ex-PM appointed him to the role.

In what was one of the most damaging letters issued at the time, Zahawi slammed Johnson for failing to understand his time was up. Boris saw him as an ally, but the then-Chancellor played a large part in ‘ousting’ his colleague from office.

Three months is a long time in politics…

But what a difference a few months can make. After seemingly having his memory wiped, Zahawi Tweeted on Sunday that ‘Britain needs Boris back”. He then claimed that the UK would see a ‘new and improved’ version of Mr. Johnson going forward.

I’m backing Boris. He got the big calls right, whether it was ordering more vaccines at the right times, arming Ukraine early against the advice of some, or stepping down for the sake of unity. But now, Britain needs him back. We need to unite to deliver on our manifesto.”

“When I was Chancellor, I saw a preview of what Boris 2.0 would look like. He was contrite and honest about his mistakes. He’s learned how he could run No.10 and the country BETTER. With a unified team behind him, he is the one to lead us to victory.” | Nadhim Zahawi

It’s genuinely one of the more remarkable u-turns we’ve seen. Zahawi and Johnson absolutely did not end on good terms. And yet, we find ourselves here. In that now-infamous letter, dated 7 July 2022, the former Vaccines Minister stated: