Some week for the Tories: Their economic policies crashed The Pound, risked pensions, and made them 'the most right-wing government going'. 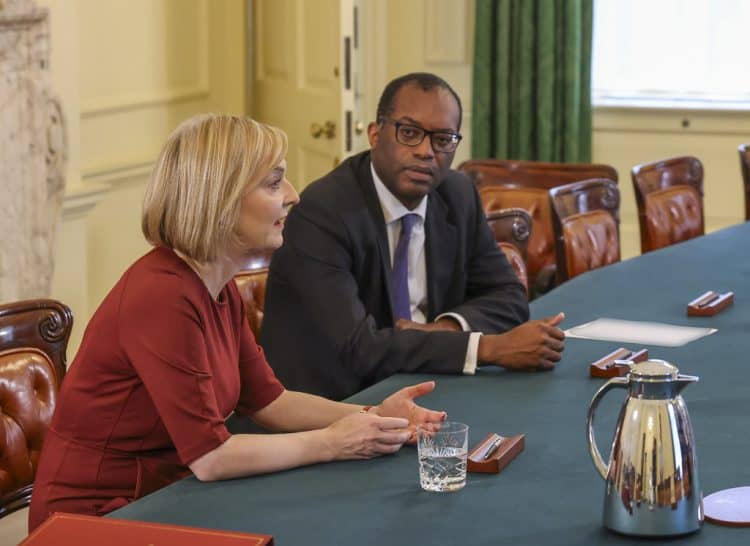 Blimey. Even for a political party that has had the week from hell, this is a terrible look. The Tories have suffered yet another blow to their ever-diminishing reputation, after a study from the Financial Times identified them as ‘the most right-wing government’ on Earth.

The data, compiled by the media outlet, shows how the Tories have lurched from a relatively normal ideological base, to an extreme economic right-wing position in the weeks since Liz Truss became Prime Minister.

The decision to slash tax for the rich, lift caps on bankers’ bonuses, and provide next-to-nothing for working class citizens has spooked international markets. Over the last few days, we’ve all looked on in horror as the value of The Pound fell like a stone.

Despite a mini-recovery on Friday, the currency remains on shaky ground. Indeed, we only saw the bounce-back AFTER the Bank of England stepped in to prevent billions of pounds in pension funds from going up in smoke.

Just how right-wing are the Tories?

According to the Financial Times, this new version of the Conservative Party is now so far removed from what could be considered ‘centre-ground’, that they have become an international outlier. Of the 65 countries surveyed, no-one comes close to the 2022 Tories…

It’s nothing we haven’t been warned about, however. RMT Union leader, Mick Lynch, has been banging this drum for months. He has faced criticism for calling the Tories ‘an extreme right-wing party’ in recent times – but now has the data to back it all up:

“If they shackle the unions in this country, it will leave us with no democracy and it will pave the way for a resistance-free, oppressive society. I believe we are on the brink of having the most extreme right-wing government in history. They have declared a class war.” | Mick Lynch

David Herdson, a political activist and former Yorkshire Party candidate, stated that ‘nothing the Tories have proposed is fair or right’. He also believes that their failure to govern in a competent manner is starting to cost them dearly.

“The public doesn’t like what the Tories are doing because they think – and I agree, for what it’s worth – they none of this is fair or right. But it’s not just that. The public can also see that the government is also incompetent…”