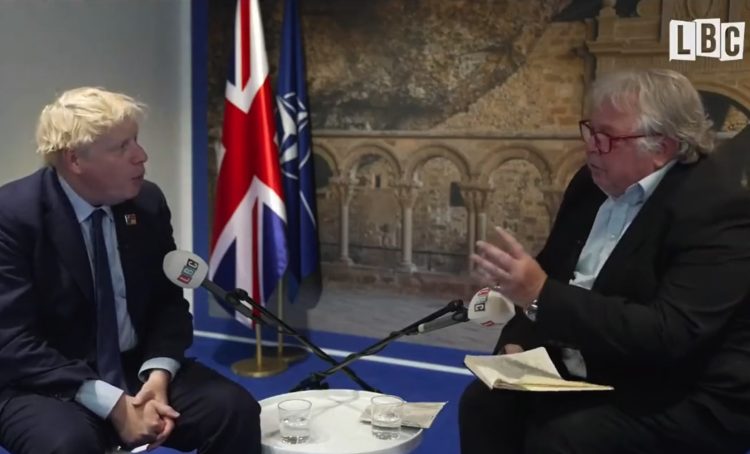 Questions over plans for a £150,000 treehouse at Chequers were batted away by Boris Johnson during a fiery interview with LBC’s Nick Ferrari.

The Times reported this weekend that the Tory donor who paid for an expensive flat refurbishment at Number 11 Downing Street was also prepared to stump up cash for a lavish treehouse for Johnson’s son Wilfred.

No 10 aides also raised concerns about the cost of the project and the fact that it would have been more expensive than buying a house in many parts of the country. “He was told it would look terrible,” a government source said.

There were also concerns about the prime minister accepting such a significant donation and whether it would represent a conflict of interest.

Ferrari questioned the PM on the matter at the Nato summit in Madrid but was quickly shut down.

Watch the tense exchange below: