Ms Wheeler and Mr Johnson married in 1993 and have four children. They separated in 2018. 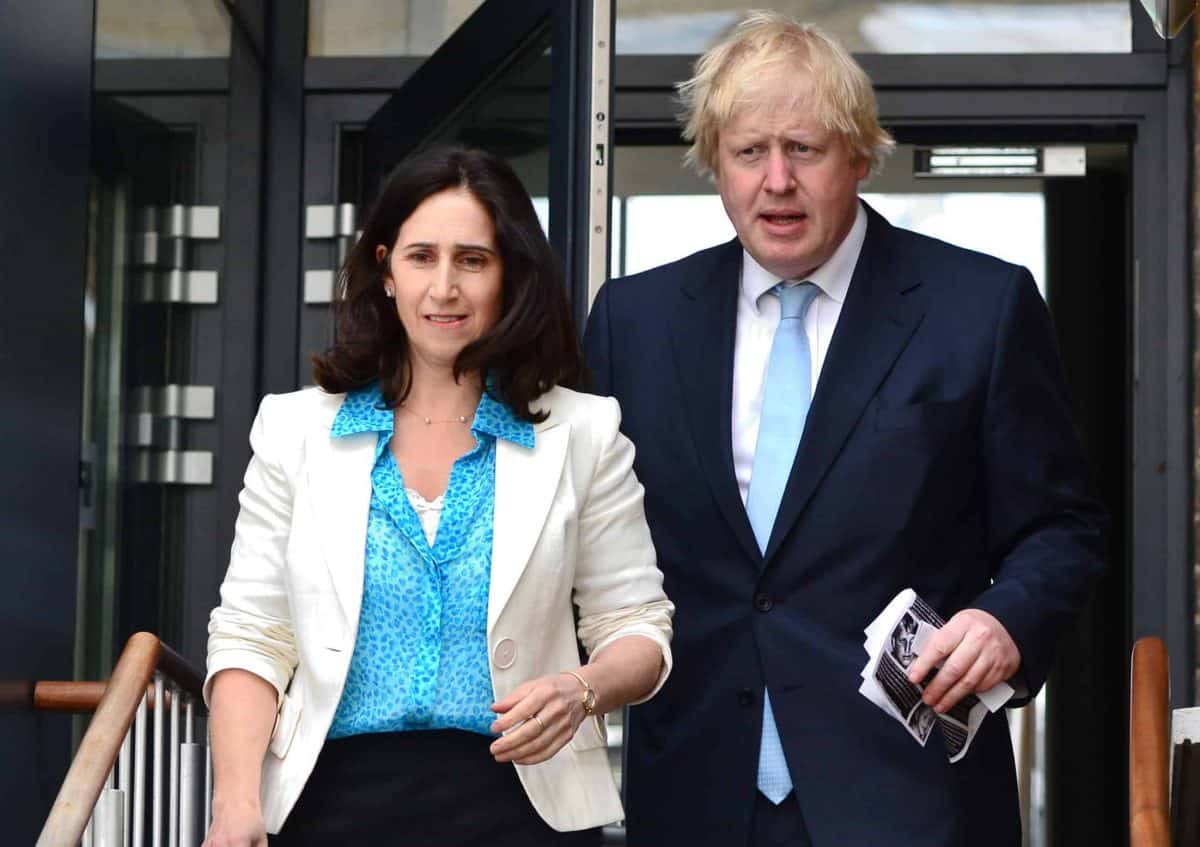 File photo dated 7/5/2015 of Boris Johnson and Marina Wheeler. The Prime Minister and estranged wife have reached an agreement relating to money following their separation two years ago, a family court judge in London has been told.

Prime Minister Boris Johnson and his estranged wife Marina Wheeler have reached an agreement relating to the division of money after separating two years ago, a family court judge has been told.

Judge Sarah Gibbons oversaw a private hearing in the Central Family Court in London on Tuesday.

Neither Mr Johnson nor Ms Wheeler were at the hearing.

Both were represented by barristers.

Ms Wheeler and Mr Johnson married in 1993 and have four children. They separated  in 2018.

Mr Johnson, 55, has been dating Carrie Symonds, 31, since last year and the couple now live together in Downing Street.

The case number showed that Mr Johnson and Ms Wheeler had been involved in a dispute relating to money or assets.

She also gave Ms Wheeler the go-ahead to apply for a divorce decree which would bring the marriage to an end – a Decree Absolute.

The case was listed as Wheeler v Johnson on public court lists and that listing showed that Ms Wheeler had begun litigation and made an application.

Members of the public were barred from attending the hearing.

But reporters were allowed to attend and the judge imposed limits on what journalists could report.

She said reports of the case should not identify any child nor give detail of financial information.

She asked reporters for their views on what should be reported.

The couple announced that they had separated and were going through the process of divorce in September 2018 – saying that “as friends we will continue to support our four children in the years ahead”.

Mr Johnson was a childhood friend of Ms Wheeler – the daughter of BBC journalist Charles Wheeler – when they were both pupils at the European School in Brussels.

He met his first wife Allegra Mostyn-Owen while they were students at Oxford, and they wed in 1987, but the marriage was annulled in 1993 and he married Ms Wheeler later that year. The couple have two sons and two daughters.

Mr Johnson has repeatedly come under scrutiny over his personal life. The Appeal Court ruled in 2013 that the public had a right to know that he had fathered a daughter during an adulterous liaison while Mayor of London in 2009.

In 2004 he was sacked from the Tory frontbench over a reported affair with journalist Petronella Wyatt.

Last year Ms Wheeler, a QC, revealed she had been diagnosed with cervical cancer but considered herself to now be free of the disease.