The Prime Minister finds himself in a police-style line-up alongside movie supervillains in new seaside street art. 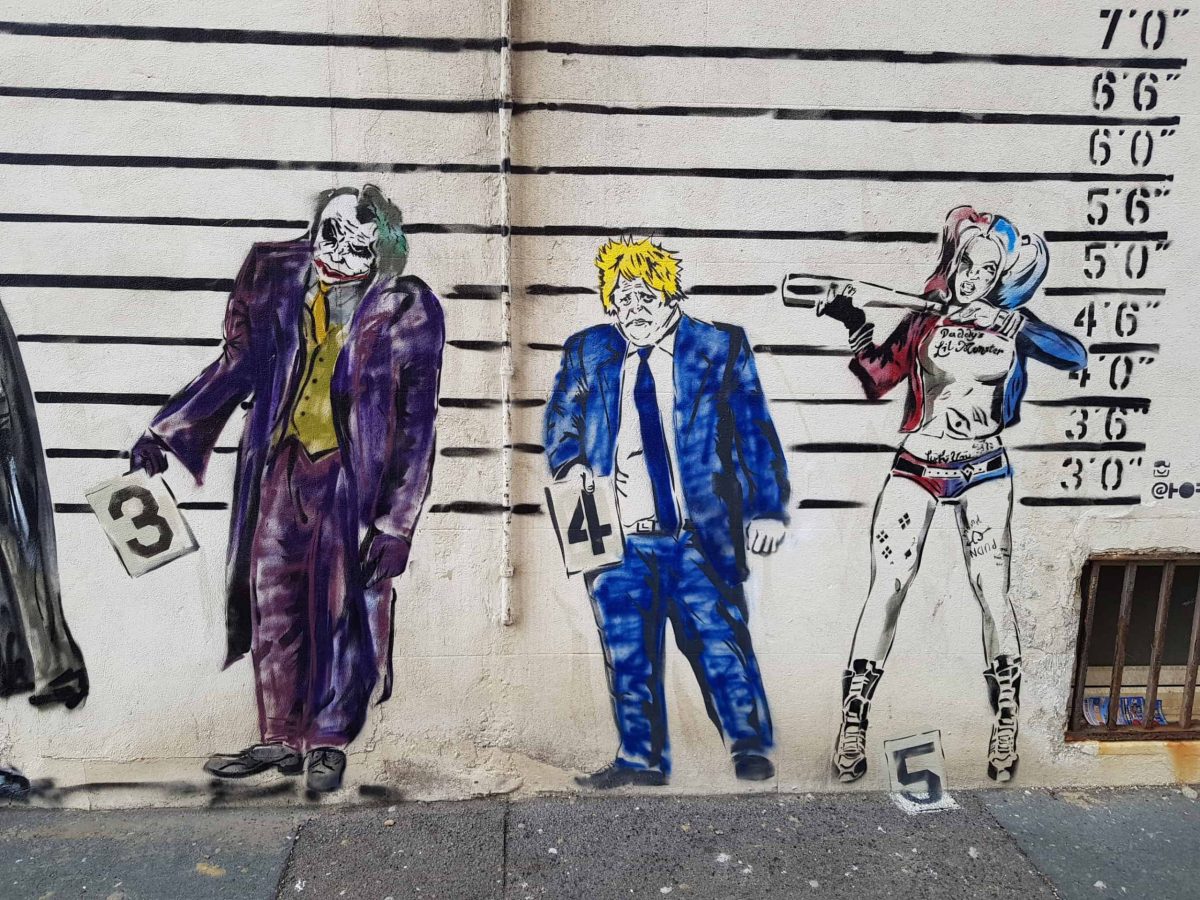 Boris Johnson features in a quirky new mural, accompanied by well-known supervillains Darth Vader and The Joker, in a police-style line-up.

The Prime Minister is painted on the side of a building wearing a blue suit and a frown, flanked by The Joker and Harley Quinn from the Batman universe.

A local street artist, who goes by the name Horace, said they wanted to paint the mural of movie baddies near Worthing seafront in Sussex, and decided to add Boris Johnson.

“I think Boris’ facade as a loveable clown is wearing thin.

“I’m not sure about public reaction to the mural so far, but I’m sure it will divide opinion.”

From left to right, the street art features a Dalek, Darth Vader, The Joker, Boris Johnson and Harley Quinn.

The painting was commissioned as part of the lead up to Worthing Wormhole Comic Con on November 9, which sees actors head to the town for a day of sci-fi and fantasy celebration.

Artist Horace said the event organisers gave him free rein to come up with a design, and that it was his idea to include Boris Johnson in the mural.

“I’m a big fan of comics and the Wormhole guy said he liked Daleks and Stormtroopers so I came up with the usual suspects/police line-up idea.”

Worthing Wormhole organiser Colm Sweet said: “As organisers we have been aware of the fabulous street art popping up around Worthing in the last year.

“We purposefully did not do more than plant the seed of the idea, pay for the paint  and then step back and allow Horace to design and create a piece.

“The result is spectacular and crystallises the theme of comic con with the most topical politician of this moment in history – BoJo.”

He added that he hoped it could be enjoyed by people of every political persuasion.