The outgoing prime minister would qualify to run for the US presidency because he was born in New York. 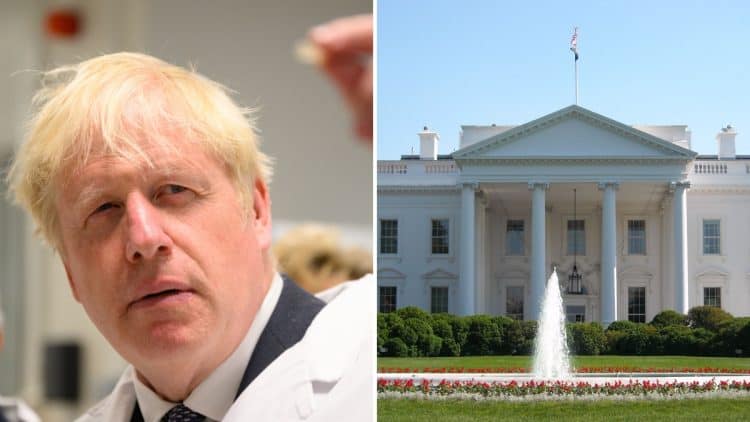 Boris Johnson has been revealed to be the foreign leader most Americans would like to see run for president.

The outgoing Tory leader, who was born in New York and would therefore qualify for a leadership bid, was backed by almost a third of Americans in a recent poll from the Washington DC-based Democracy Institute.

Johnson comes 13 points ahead of French president Emmanuel Macron in second place with 18 per cent as the next best foreign leader choice for the presidency.

Worryingly, Vladimir Putin is just a point behind him in third place, while Justin Trudeau (16 per cent) and Xi Jinping (8 per cent) make up the top five.

Patrick Basham, director of the Democracy Institute, said he believes Johnson could be better suited to a Presidential rather than Parliamentary system.

He told Express.co.uk: “His (Boris Johnson’s) skills are probably better suited to gaining support for himself and what people perceive to be the platform that he is promoting.

“Whether you agree with his policies or not, there is a leadership quality that would serve him well in a Presidential system.

“Whereas the day-to-day slings and arrows of a Parliamentary system that also involves having to be knee deep in policy making than a President is something that probably doesn’t help him.

“He would be more detached than that.”