“The bereaved are entitled to an official investigation into the deaths of their loved ones to determine a factual narrative as to what happened," their letter reads. 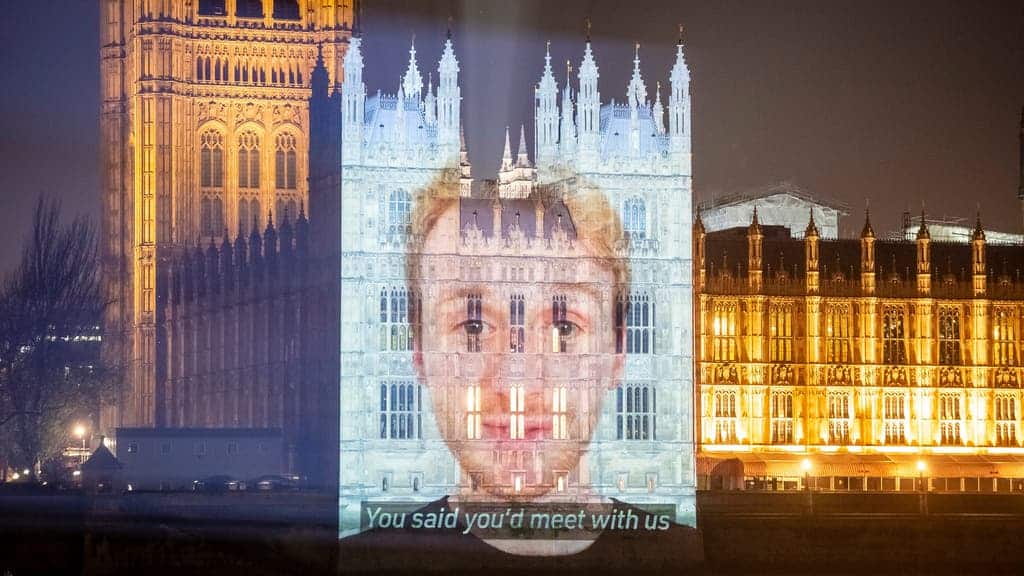 Boris Johnson has been given a fortnight to trigger an inquiry into the government’s handling of the pandemic or face a legal challenge from bereaved spouses and children, a Guardian report has revealed.

Lawyers for 25 bereaved families gave Downing Street the ultimatum almost a year since the first lockdown was brought in.

It illustrates the rising anger felt among the group who first called for a public inquiry in June when the UK death toll stood at around 50,000 people.

Since then a further 76,000 people have perished in the UK.

Jo Goodman, co-founder of the group and who lost her 72-year-old father, Stuart, to the virus, said: “With many of us approaching the anniversary of our loved one’s passing, believe me we’d rather be with our families than standing in court.

“But if this government won’t listen and act, then that’s where they’ll be seeing us.”

Earlier this week BBC ‘Covid Confidential’ reports found that prime minister Johnson warned against ‘overreacting’ to the threat of Covid-19 during the early stages of the pandemic, saying the “best thing would be to ignore it”.

“The general view was it is just hysteria. It was just like a flu,” a source told the BBC’s political editor Laura Kuenssberg, saying there was a “lack of concern and energy”.

Yesterday at prime minister’s question Johnson again refused to say when an inquiry would begin or whether it would be set up with powers to subpoena witnesses and evidence, telling parliament instead: “There will be time for a full inquiry to enable us all to understand what we need to do better when we face these problems in the future.”

Asked about the bereaved’s ultimatum Downing Street said “now is not the right time to devote huge amounts of official time to an inquiry”.

The Covid-19 Bereaved Families for Justice Group’s eight-page letter before claim sent to the prime minister and Hancock demands the launch of a judge-led public inquiry “without further delay”.

“It is difficult to think of any matter that has arisen since the enactment of the 2005 Inquiries Act which is so appropriate for investigation,” it said.

Arguing that with the vaccination programme well under way and transmission rates falling, there is no excuse for not launching an inquiry now, they asked: “Why have the consequences for an island nation, among the wealthiest in the world, with a highly functioning health service, been so strikingly worse than in other countries?”

The letter continues: “The bereaved are entitled to an official investigation into the deaths of their loved ones, in which they can effectively participate, to determine a factual narrative as to what happened, to allay rumours and falsehoods, to determine the policy decisions that were effective and those that were ineffective, and to seek to prevent future similar deaths.”

It adds: “Given that it is more than a year since the emergence of the virus, and a year since some of the claimants lost loved ones, delay in instituting an inquiry will lead to loss of vital evidence by destruction and deletion of records and fading of memories.”