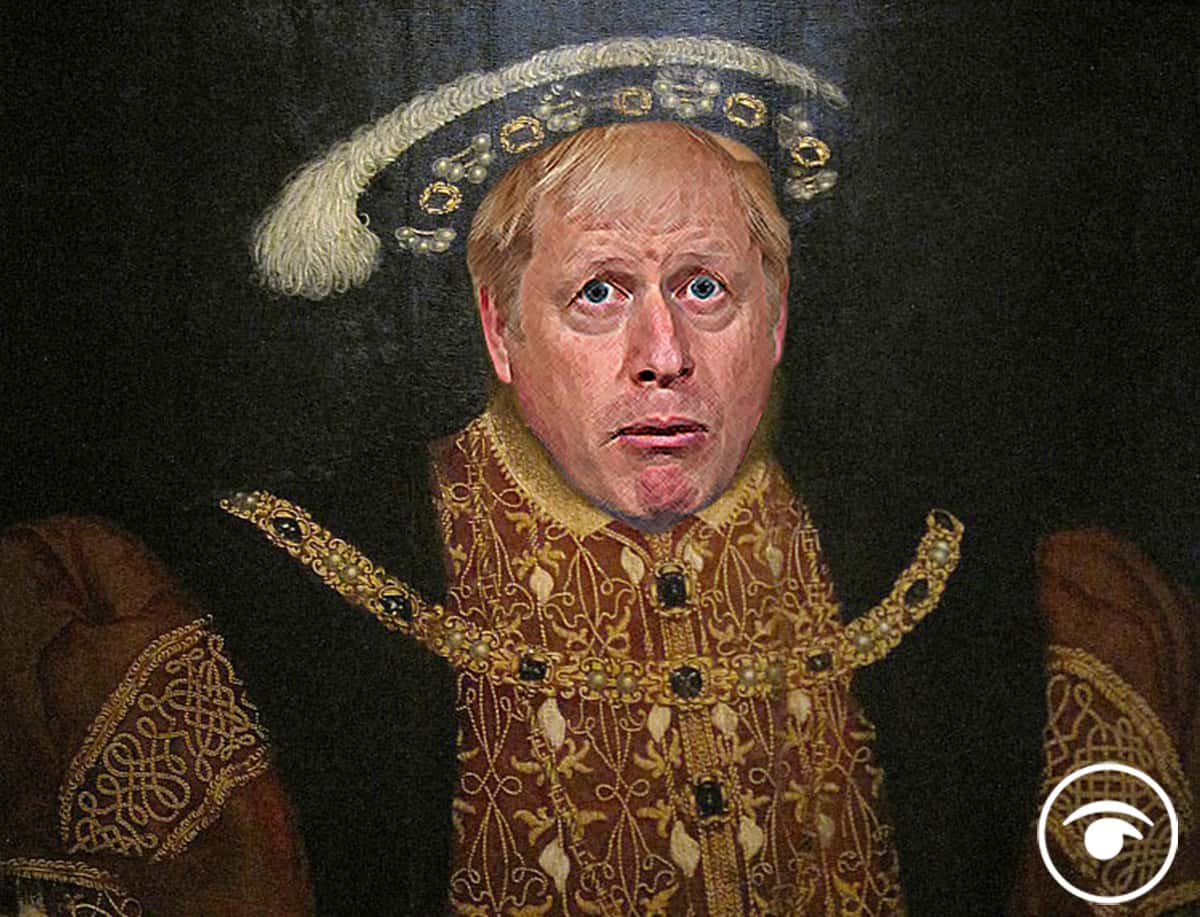 The Government’s controversial new Brexit legislation could set “a disastrous precedent” if passed in its current form, the UK’s archbishops warned last week in a rare joint letter.

Now a leading Tory has urged the PM to disestablish the Church of England if controversy over its clergy’s political interventions continues.

Steve Baker, the former Brexit minister, said a parliamentary motion to sever ties between Church and state might be required if rows sparked by political statements by its leaders persisted.

As you can imagine this talk has reminded people of Henry VIII, the last tyrant to meddle in the working of the Church for his benefit.

But before we head to Boris Johnson here are a few Tweets on ‘hardman of Brexit’ Steve Baker himself.

Baker even refers to himself as a Brexit hardman.

And look he proves it here, after he opens a bottle for Rees-Mogg as nanny is around.

Social media can alive with users thoughts on this plan.

“So Henry VIII powers. Now Henry VIII actions. Just a wife or two to go and he will be Henry VIII.”

‘So he really is Henry VIII but in reverse?’

“I knew Brexiteers wanted to go back in time. But back to Henry VIII ?”

“From Winston Churchill to Henry VIII is quite a giant step. For mankind. But only a small one for Boris Johnson.”

‘We’ve parted company with Europe, now they’ve nothing else to do in their said little lives it’s time to part company with the Church of England. Godexit. How dare these unelected Bible-bashers lay down rules like ‘thou shalt not lie’?’

“Johnson talking about HenryVIII powers has clearly gone to his head. He’s trying to be HenryVIII now. Carrie better keep her head.”

‘Johnson may as well go the whole hog and make like fellow autocratic philanderer Henry VIII- seize the cathedrals, knock down a few monasteries. Why not? He’s trashed everything else.’