Uncovering one of the biggest upward wealth transfers of our generation.

by T.J. Coles
in Business and Economics 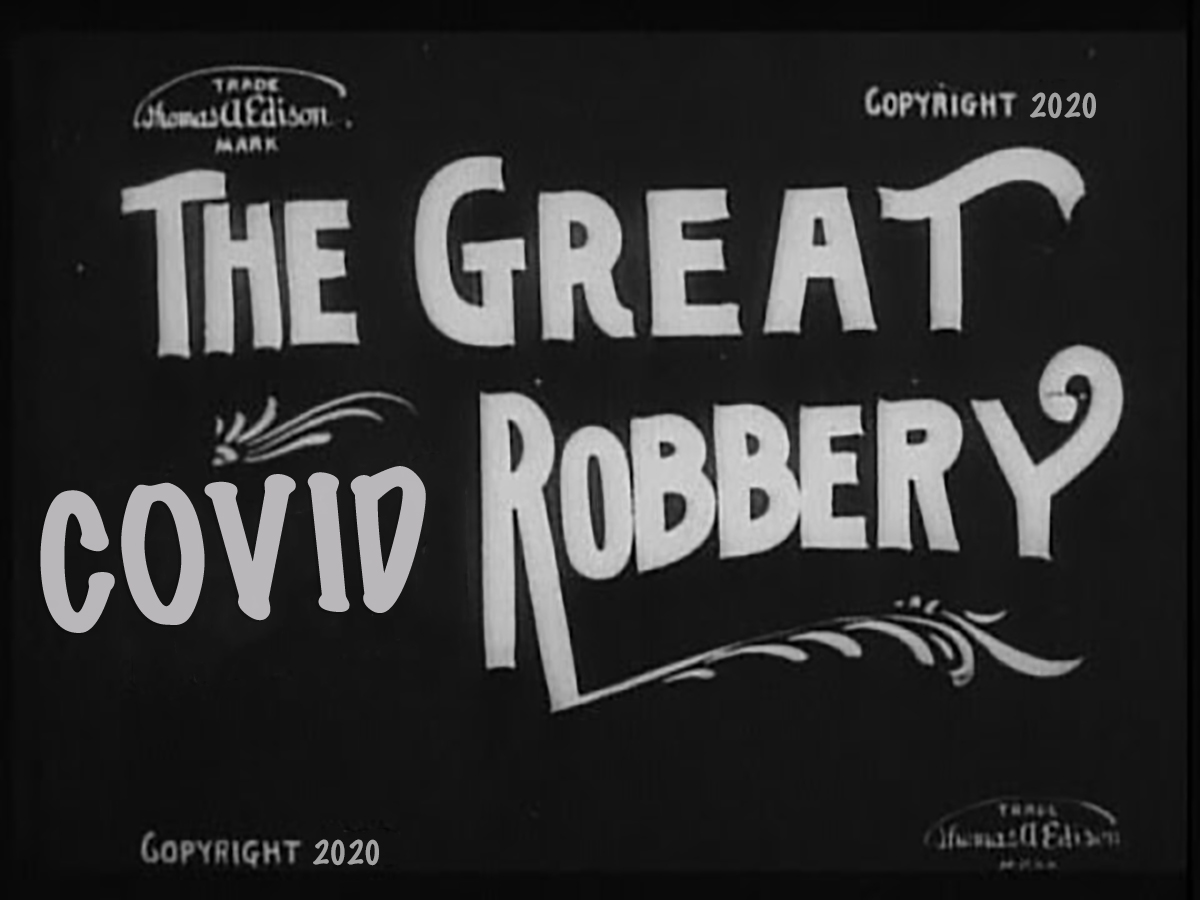 Ten years ago, companies used the global financial crisis as an excuse to force redundancies, despite many big corporations getting bailouts from central governments. This time, it’s no different. In my latest book, Capitalism and Coronavirus: How Institutionalized Greed Turned a Crisis into a Catastrophe, I document at least six ways in which neoliberalism worsened the COVID disaster; one of which was by ripping off taxpayers and laying off workers.

During the pandemic, the oil giant BP announced plans to cut 10,000, mostly office-based jobs. At the same time, US President Trump cut BP’s tax rates whilst the Bank of England made BP and its subsidiaries’ debts eligible for bond purchasing. UK-based energy firms enjoyed the regulator Ofgem’s £450m relief package. Despite this, the giant Centrica said that 5,000 jobs would get the chop “to create a simpler, leaner Group.” After OVO Energy acquired SSE Energy for £500m, the company said that it would force 2,600 staff into voluntary redundancy.

Other polluting industries also enjoyed both bailouts and staff reductions.

As its parent IAG received £300m from the British government under the UK’s Covid Corporate Financing Facility, British Airways stated its intention to make 12,000 employees redundant. Despite receiving a bailout, EasyJet said it would axe 4,500 jobs.

Other giants that did not appear receive government bailouts include Rolls-Royce, which declared that 9,000 jobs would go “to see our business through these unprecedented times.” The food chain Pret A Manger announced that 30 of its outlets would close, half of which are in London, at the cost of 2,800 jobs. The clothing retailer, Marks & Spencer announced that it would axe 7,000 jobs. During the pandemic, the Boots pharmacy said that 4,000 staff would be dropped.

Redundancies are happening across the pond, too. The gig economy became even more competitive. Uber received indirect subsidies by encouraging its employees (or “contractors”) to seek government rather than company help via President Trump’s CARES Act. It later confirmed 3,700 job losses and 45 office closures. Ride-hailer Lyft, meanwhile, announced nearly 1,000 layoffs, whilst using the same technique. Despite winning lucrative government contracts via his firm SpaceX, Elon Musk of Tesla cut staff pay by 10 percent.

As in the UK, US polluters are also benefitting. The energy firm Schlumberger not only received US bailout money, it said that it would cut 21,000 jobs. In the UK, Schlumberger received a £150m loan under the government’s COVID schemes because it owns the Gatwick supplier, WesternGeco. In the US, Chevron cut 4,500 jobs and also enjoyed taxpayer subsidies.

US airlines benefitted from $25bn in bailouts. In May, a leaked United Airlines memo suggested that 3,400 administrative staff would be laid off, but the bailout averted this. Boeing reportedly chopped 7,000 staff in all sectors. In August, American Airlines threatened to drop 19,000 employees when Federal aid ended. The number later increased to 25,000. The US autoindustry was granted corporate and employer tax relief. In September, Ford revealed plans to put 1,400 workers into early retirement.

“Eat Out to Help Out” the big guys

In the UK, the big food chains benefitted from the “eat out to help out” scheme. Health Secretary, Matt Hancock, admitted to Parliament that “[t]he death rate of sales and retail assistants is 75 per cent higher amongst men and 60 per cent higher amongst women than in the general population.” But Hancock added that profits must still roll in: “There’s also evidence that face coverings increase confidence in people to shop.”

Hancock’s implication echoes the millionaire PM Boris Johnson’s sentiment, that it was the “civic duty” of Britons to stimulate the economy with spending. Notice that it is not the government’s civic duty to ensure that everyone has safe, secure accommodation, a universal basic income, or even personal protective equipment. For one month, the government subsidised restaurants and fast-food chains by offering customers 50 percent off their meals.

Chancellor and ex-hedge fund-managing, multimillionaire Rishi Sunak’s flagship scheme encouraged Britons to “Eat out to help out.” It was announced just as the PM pledged to tackle obesity. In addition to SMEs, participating eateries included billion-pound giants like Burger King, Greene King, KFC, McDonald’s, Subway, and JD Wetherspoon. In the past, the owners of Greene King and JD Wetherspoon (Rooney Anand and Tim Martin, respectively,) have donated money to the Tory party. McDonald’s allegedly avoided €1bn in income taxes across European states from 2009 to 2013.

In 2014, Burger King merged with the Canadian coffee chain, Tim Hortons, reportedly to enjoy Canada’s low-tax regulations. Until 2017, Greene King had avoided £648m in taxes via loan relationships with spin-off companies and subsidiaries.

At the onset of the pandemic, JD Wetherspoon owner, Tim Martin, told his 43,000 employees that they would not be paid until the start of the government’s furlough scheme and suggested that they work in supermarkets to subsidise lost income. Martin u-turned after a backlash. Prior to the lockdown, Martin also advised the public to continue drinking in his venues: “There’s hardly been any transmission of the virus within pubs and I think it’s over the top to shut them.”

Soon, the Eat Out to Help Out scheme unravelled as customers in the UK reported that certain KFC and Pret branches were not offering discounts. Customers also found, to their annoyance, that McDonald’s version of the scheme “does not apply for Drive Thru, Takeaway, or McDelivery.” In Ayrshire, Scotland, McDonald’s staff were photographed serving Drive Thru customers without wearing gloves or masks. In Oakland, California (US), an early COVID outbreak in a McDonald’s restaurant was blamed by members of staff on the company’s allegedly discriminatory policy which reportedly saw employees of colour—i.e., some of the most vulnerable workers—toiling without PPE or enforced social distancing. A judge had to intervene to make the branch adhere to guidelines.

The above is a tiny snippet of a bigger picture rooted in structural inequality. The Swiss bank UBS found that the world’s billionaires saw their wealth increase by 27 percent between the start of the pandemic and October, to over $10 trillion. Most of the cash came from betting on stock market recoveries, as individuals like Donald Trump and Rishi Sunak defied the science and pushed against further lockdowns. Thirty-one new billionaires were made, as Jeff Bezos, Bill Gates, and Mark Zuckerberg entered the new category “centibillionaires.”

Meanwhile, the United Nations reports: “Coronavirus and its restrictions are pushing already hungry communities over the edge, killing an estimated 10,000 more young children a month.” This is because, “as meagre farms are cut off from markets and villages are isolated from food and medical aid.” We need radical, structural changes to address this organised plunder.