"Lord Frost trying to cement his reputation as the worst negotiator of all time here," wrote Ian Dunt. 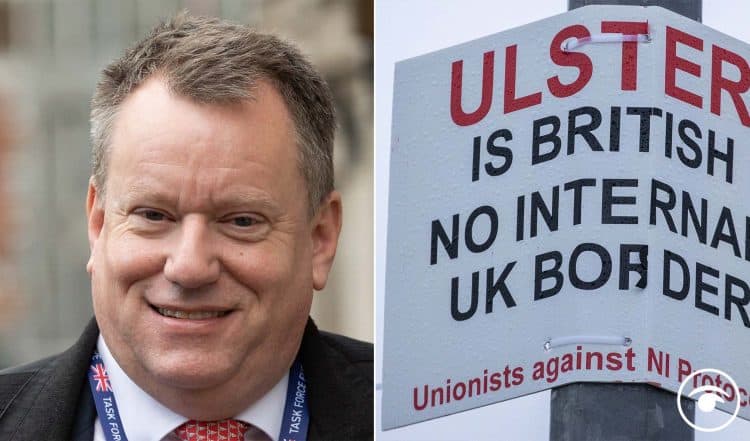 The government has issued a fresh warning to the European Union that it is not afraid to unilaterally suspend the Northern Ireland (NI) protocol agreed by the prime minister last year if officials continue to dismiss renegotiations.

David Frost told the House of Lords last night that the EU should take the UK’s proposals to renegotiate part of the Protocol “seriously” if it wanted to avoid Article 16 being invoked, which allows either side to suspend the arrangement if it is deemed as having a significant impact on everyday life.

Lord Frost spoke with very punchy words on the NI Protocol in the Lords last night when he said “I urge the EU to take this seriously. They would be making a significant mistake if they thought that we were not ready to use article 16 safeguards, if that is our only choice to deal with the situation in front of us. If we are to avoid article 16, there must be a real negotiation between us and the EU.”

Frost was speaking just days after his Brussels counterpart, Maroš Šefčovič, told the Democratic Unionist party (DUP) to “dial down the rhetoric” after it threatened to collapse Stormont over the protocol, and said that a renegotiation of the deal would just lead to further instability for community and businesses on the island of Ireland.

Frost appeared to take kindly to these remarks and said: “I was concerned by some of the comments we have heard from commission representatives in recent days which seem to suggest they may be considering this way forward [the take it or leave it approach].

“If so, then with as much seriousness as I can, my Lords, I urge them to think again and consider instead working to reach genuine agreement with us so that we can put in place something that can last. Those negotiations need to begin seriously and they need to begin soon.”

Why not just go back to what we had before, which was so much better?