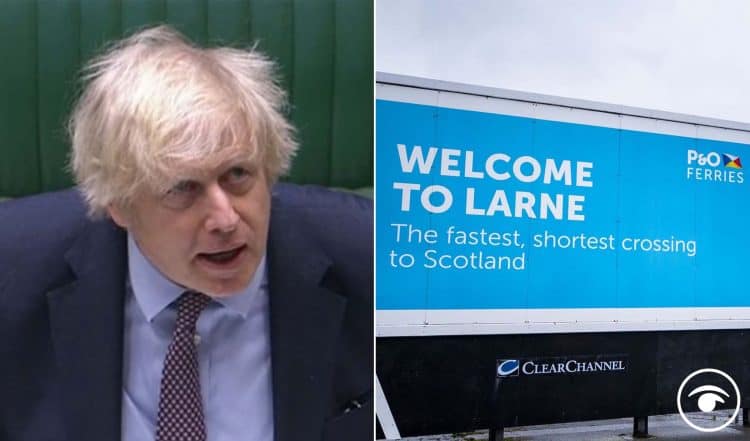 In news that will probably only surprise the prime minister the tunnel from Northern Ireland to Scotland will not be built.

It will now be filed away with the Garden Bridge, Boris Island and water cannons that can never be used etc etc…

The prime minister had hoped to dig a £15 billion submarine link beneath the treacherous Irish Sea.

Back in March Northern Ireland’s deputy first minister described the transport link as a “smokescreen for the Brexit fallout”.

Michelle O’Neill dismissed it on Wednesday as a “pipe dream”.

With increasing anger among the unionist community about a so-called Irish Sea border with more checks on goods since Brexit was finalised, Ms O’Neill said the link with the UK is simply a “smokescreen for the Brexit fallout amongst the unionists who engineered it on both sides of the Irish Sea.”

Stormont transport minister Nichola Mallon also claimed the study is “politically motivated” and “more about bolstering the case for the Union ahead of the forthcoming Scottish elections”.

Also in March, he even commissioned Network Rail’s chairman Sir Peter Hendy to look at a 31-mile fixed link, believing it would strengthen ties between Great Britain and Northern Ireland.

The idea for a tunnel came after experts ridiculed proposals for a bridge over the water.

But others pointed out a route beneath the sea could disturb an arms dump in the Beaufort Dyke, where an estimated 1.17 million tonnes of conventional and chemical weapons have been dropped.

The PM’s former chief adviser Dominic Cummings said in July: “The Prime Minister’s only agenda is to buy more trains, buy more buses, have more bikes and build the world’s most stupid tunnel to Ireland.”

Holyrood’s Transport Secretary Michael Matheson also branded the prospect of a fixed crossing between the two nations as “nothing more than a vanity project” for Prime Minister Boris Johnson.

So I read that Boris Johnson’s planned bridge/tunnel between Scotland and Northern Ireland has been quietly cancelled.

That is a surprise