It comes as four Tory MPs went public with resignation demands since the Sue Gray report, with one saying he "cannot and will not defend the indefensible”. 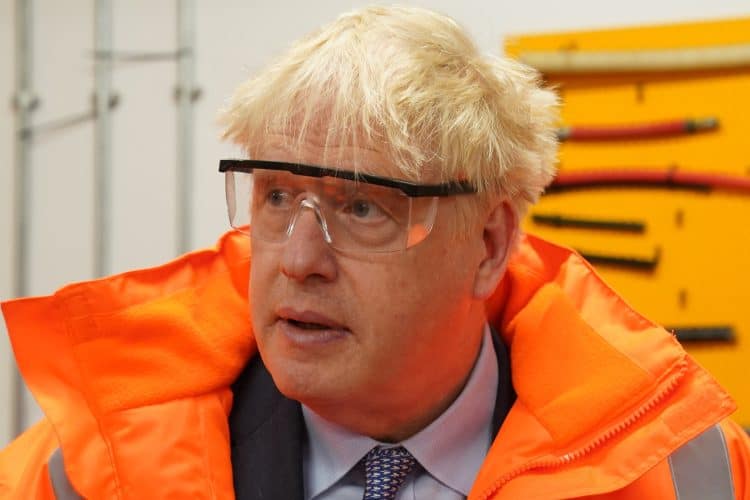 Boris Johnson insisted he will survive Conservative critics’ attempts to overthrow him over lockdown breaches, as a ministerial aide quit over the “toxic culture” in No 10.

The Prime Minister batted away partygate questions by saying he has already given “vintage and exhaustive answers” just as he came under fresh fire.

Tory MP Paul Holmes resigned as an assistant to Home Secretary Priti Patel, saying he was “shocked and angered” by the revelations in the Sue Gray report.

He blasted the “deep mistrust” created by the breaking of Covid rules, after four Conservative MPs added their voices to demands for Mr Johnson’s resignation.

But Mr Johnson told reporters during a visit to Stockton-on-Tees, where he met fibre cable laying trainees, that he is confident he has enough support within his party.

“Yes, but I think I gave some pretty vintage and exhaustive answers on all that subject the other day in the House of Commons and then in a subsequent press conference,” he said when asked by broadcasters.

He sought to further deflect questions when pressed on why he tolerated the culture that saw staff drink so much they were sick, became involved in altercations and abused security and cleaning staff.

“If you look at the answers in the House of Commons over more than two hours, I think you’ll be able to see I answered that very, very extensively,” Mr Johnson said.

Resigning as a parliamentary private secretary, Mr Holmes said the scandal was undermining his work for constituents in Eastleigh, Hampshire.

“It is distressing to me that this work on your behalf has been tarnished by the toxic culture that seemed to have permeated Number 10,” he wrote on his website.

He stopped short of calling for the Prime Minister’s resignation, and a colleague who answered the phone at his constituency office said the MP had nothing further to add.

But the resignation marks another blow after four Tories went public with resignation demands since the damning report laid bare the parties in No 10 at a time when millions were forced to cut off contact with loved ones.

“Cannot and will not defend the indefensible”

Former minister Stephen Hammond said he “cannot and will not defend the indefensible” and indicated he had sent a letter of no confidence to the Tory backbench 1922 Committee.

David Simmonds and John Baron spoke out on Thursday, following Julian Sturdy, who demanded Mr Johnson’s exit in the hours after Ms Gray’s report was published on Wednesday.

It detailed events at which officials sang karaoke, drank so much they were sick, became involved in altercations and abused security and cleaning staff.

A vote on the Prime Minister’s future will be held if 54 of his MPs write to 1922 chairman Sir Graham Brady saying they have lost their confidence in their leader.

Twenty Tories have publicly called for his resignation so far, with many critics holding back due to the war in Ukraine.

Others may have called for a no confidence vote in private, however, as Sir Graham keeps the public declarations of discontent a closely-guarded secret.