The PM says he is confident he has enough support within his party. 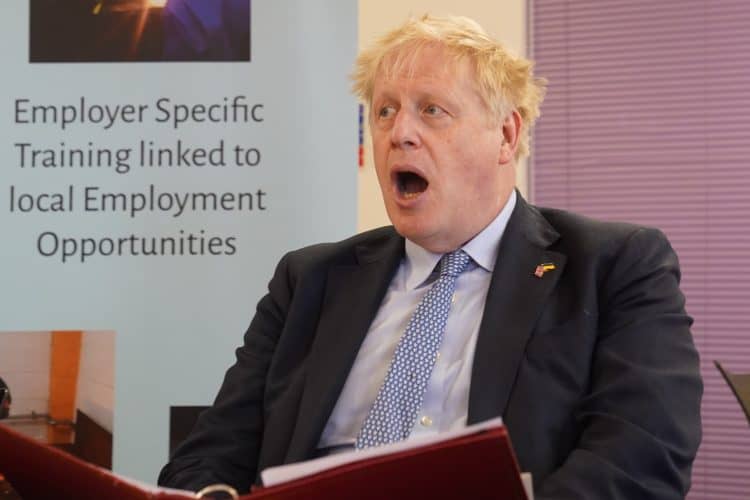 Boris Johnson insisted he will survive fresh Conservative calls for his resignation, as he batted away partygate questions by saying he has already given “vintage” answers.

The Prime Minister said on Friday he had been “exhaustive” in responding to the concerns surrounding the raucous lockdown-breaching parties in Downing Street.

Four Tory MPs have added their voices to demands for Mr Johnson’s resignation after the publication of the damning Sue Gray inquiry report this week.

Former minister Stephen Hammond said he “cannot and will not defend the indefensible” as he suggested he had submitted a letter formally calling for a no confidence vote.

But Mr Johnson told reporters during a visit to Stockton-on-Tees, where he met fibre cable laying trainees, that he is confident he has enough support within his party.

“Yes, but I think I gave some pretty vintage and exhaustive answers on all that subject the other day in the House of Commons and then in a subsequent press conference,” he said when asked by broadcasters.

He sought to further deflect questions when pressed on why he tolerated the culture that saw staff drink so much they were sick, became involved in altercations and abused security and cleaning staff.

“If you look at the answers in the House of Commons over more than two hours, I think you’ll be able to see I answered that very, very extensively,” Mr Johnson said.