Michel Barnier has hit back at firebrand Brexiteer Mark Francois, reminding the Tory MP that he voted for the very agreement he was criticising in a viral letter sent to the EU’s Brexit negotiator. 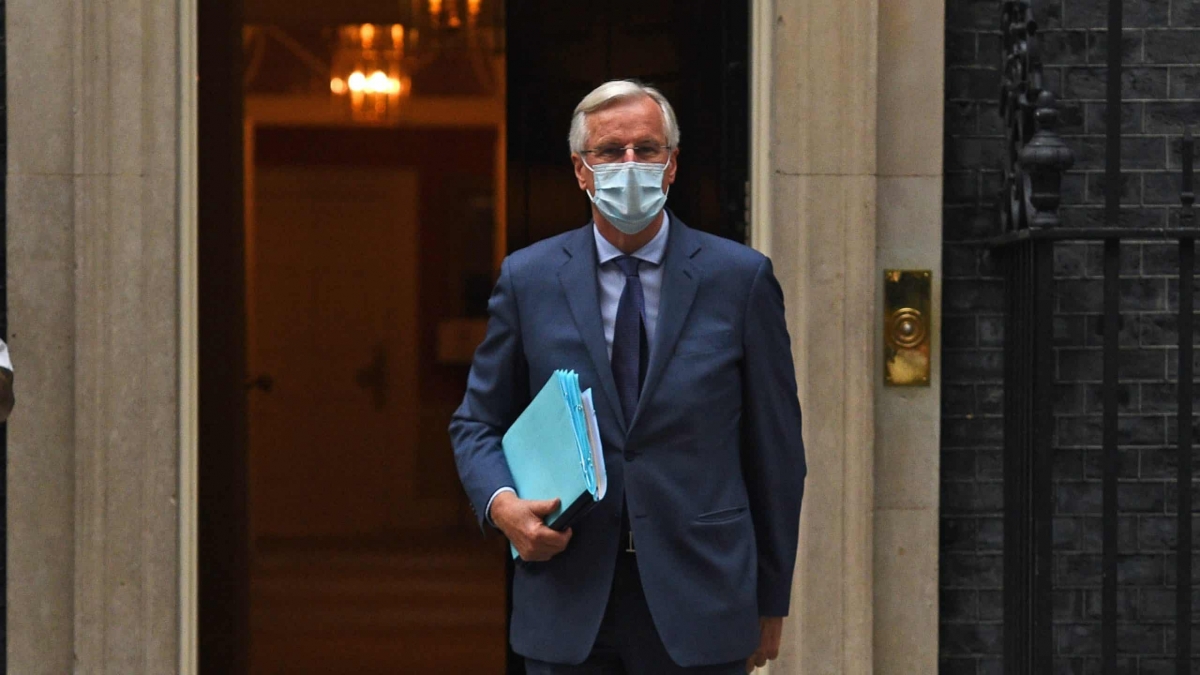 Michel Barnier has hit back at firebrand Brexiteer Mark Francois, reminding the Tory MP that he voted for the very agreement he was criticising in a viral letter sent to the EU’s Brexit negotiator.

Francois – chairman of the European Research Group – penned ‘A Missive from a Free Country’ to Barnier, last month, in which he claimed that Britain has no intention of signing up to EU proposals on fisheries policy or the so-called ‘level playing field’.

He went on to demand that Brussels “change some of the unreasonable demands that the EU is currently making”, claiming that there was no way that the European Court of Justice could have any role in post-Brexit Britain.

He added: “I refer you to the Conservative Party’s 2019 Manifesto – which I and all my Conservative colleagues stood on late last year – which made clear to the British people that we would have ‘a new relationship based on free trade and friendly cooperation, not on the EU’s Treaties or EU law’.”

In a reply laced with sarcasm, Barnier said he was “interested in hearing the views of UK parliamentarians” – but pointed out that Brexit deal ratified by parliament last year does carve out a role for the ECJ, as part of the Northern Ireland protocol.

And, he added, “nobody has been able to demonstrate to me the added value of leaving the most integrated economic and free trade area in the world”.

Referring the eurosceptic Tory to the Political Declaration between Britain and the EU27 last year, Barnier pointed out that it had been “agreed by your Prime Minister and voted for by the House of Commons, including yourself, as part of the Withdrawal Agreement ratification”.

“All we are asking of the UK,” Barnier continued, “is to honour its commitments in the Political Declaration.”

Commentators were quick to praise the Frenchman’s letter, with one saying that “he writes better English than Francois for a start.”

Writer Otto English said: “Mark Francois epitomizes the dim witted essence of British exceptionalism. He’s all that is embarrassing and wrong about this country.

“A stupid man, with a stupid world view who thinks he’s inherently better than the rest of the world because he’s got a blue passport.”

Author Edwin Hayward, writing on Twitter, added: “All Barnier has done is spell out the literal reality of the situation.

“But it’s so far from the Dad’s Army universe Francois occupies.”

Francois attracted more ridicule earlier this week, when he took it upon himself to warn one of Britain’s top generals that Dominic Cummings is going to “sort him out” if he doesn’t get his department in order.

During a hearing of the defence select committee in parliament, the loudmouthed Tory MP attempted to give Sir Nick Carter – chief of the Defence Staff and a veteran of the conflicts in Bosnia, Kosovo, Afghanistan and Iraq – a dressing down.

Francois told Sir Nick: “Can we just make a plea to you? You are the professional head of the armed forces. Please nip back to the department and ask them to sort their bloody selves out, because if not, Cummings is going to come down there and sort you out his own way, and you won’t like it.”

Related: Reaction as Mark Francois sends letter on behalf of ERG to EU