The Russian president claimed he is in "no rush" to take the Donbas region, adding that only volunteer soldiers were deployed to fight in Ukraine. 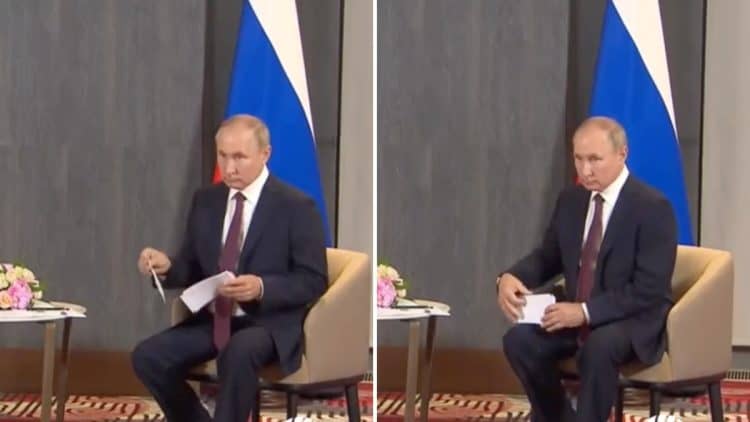 Russian President Vladimir Putin has vowed to press his attack on Ukraine despite that country’s latest counter-offensive.

He also warned that Moscow could ramp up its strikes on vital Ukraine’s infrastructure if Ukrainian forces target facilities in Russia.

Speaking to reporters after attending a summit of the Shanghai Cooperation Organisation (SCO) in Samarkand, Uzbekistan, Mr Putin said the “liberation” of Ukraine’s entire eastern Donbas region remained Russia’s main military goal and that he sees no need to revise it.

“We aren’t in a rush,” the Russian leader said, adding that Moscow has only deployed volunteer soldiers to fight in Ukraine.

Another person who wasn’t in a rush at the conference was Azerbaijan’s president Ilham Aliyev, who kept Putin waiting in this awkward exchange.

Earlier this year Recep Erdoğan made Putin wait in a moment believed to have been payback for a 2020 meeting in Moscow that saw Erdoğan wait so long to enter the meeting room that he took a seat.

“Those 50 seconds that Erdoğan made Putin wait, looking frazzled in front of cameras say plenty of how much has changed after Ukraine,” Joyce Karam, senior correspondent at Middle Eastern media organisation National News said at the time.

Although judging by this clip, the pair looked to be on better terms this time around.