The stunt follows press condemnation of her wearing stiletto heels, pearl earrings and "tight black pants that show her ankles". 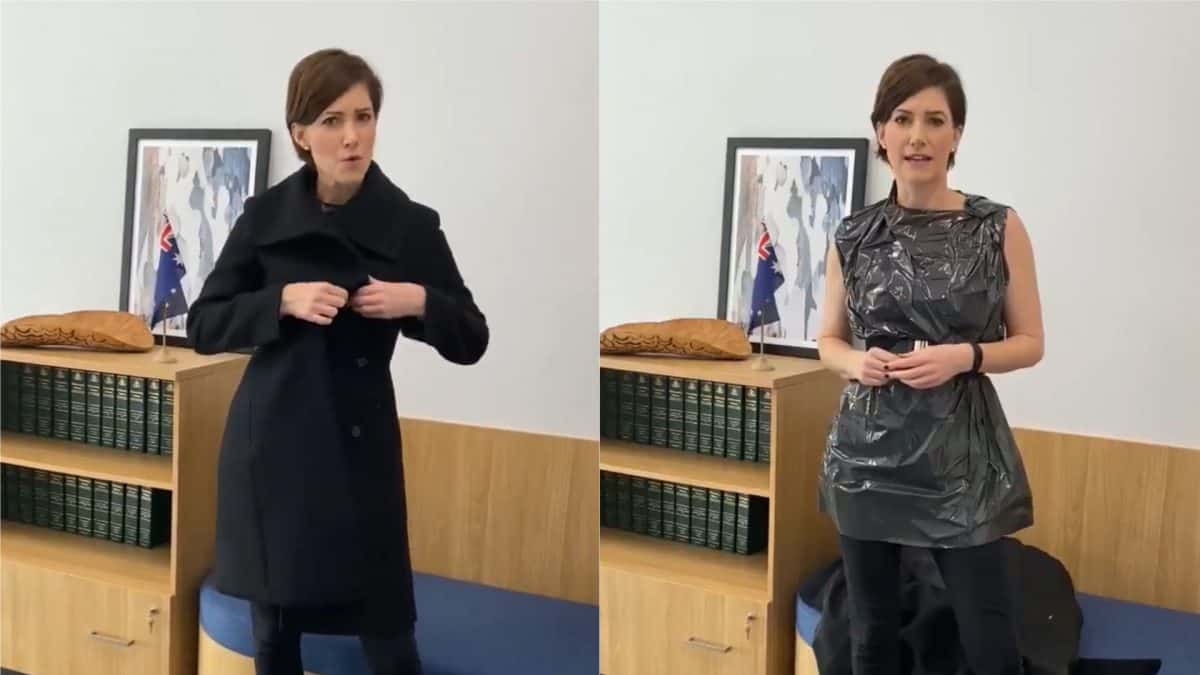 An Australian MP has worn a bin bag in response to “sexist garbage” spoken about her by her critics.

Nicolle Flint revealed the attire in a Twitter video, in response to an article in The Advertiser in Adelaide, South Australia, which criticised her appearance.

“I’ve put up with a lot as a woman in politics,” the MP for Boothby told viewers.

“Police charged a creepy old man with stalking me. My campaign office was vandalised, calling me a skank and a prostitute who charges 60 dollars an hour.”

I am, which is why I’m calling out @abcadelaide’s Peter Goers rubbish views about my appearance, published in yesterday's @theTiser Sunday Mail.

It’s time women in public life are judged on what they stand for, not what they look like. #GarbagelikeGoers pic.twitter.com/tk9DRyM0nN

Removing her black coat to reveal the bin bag, Ms Flint says: “So, Mr Goers, what I want to know is, what should a woman in politics wear? How about a garbage bag, to match your rubbish views?”

In the tweet, Ms Flint said she is sick of “sexist garbage”, posting: “It’s time women in public life are judged on what they stand for, not what they look like.”

The post was met with a warm response on the social media site, with ABC News reporter Jane Norman tweeting: “This. Is. Fantastic. So pleased to see this kind of sexist rubbish, finally, being called out.”