A National Police Chiefs’ Council report concluded there has been “disproportionality” in the issuing of fines by police forces in England and Wales. 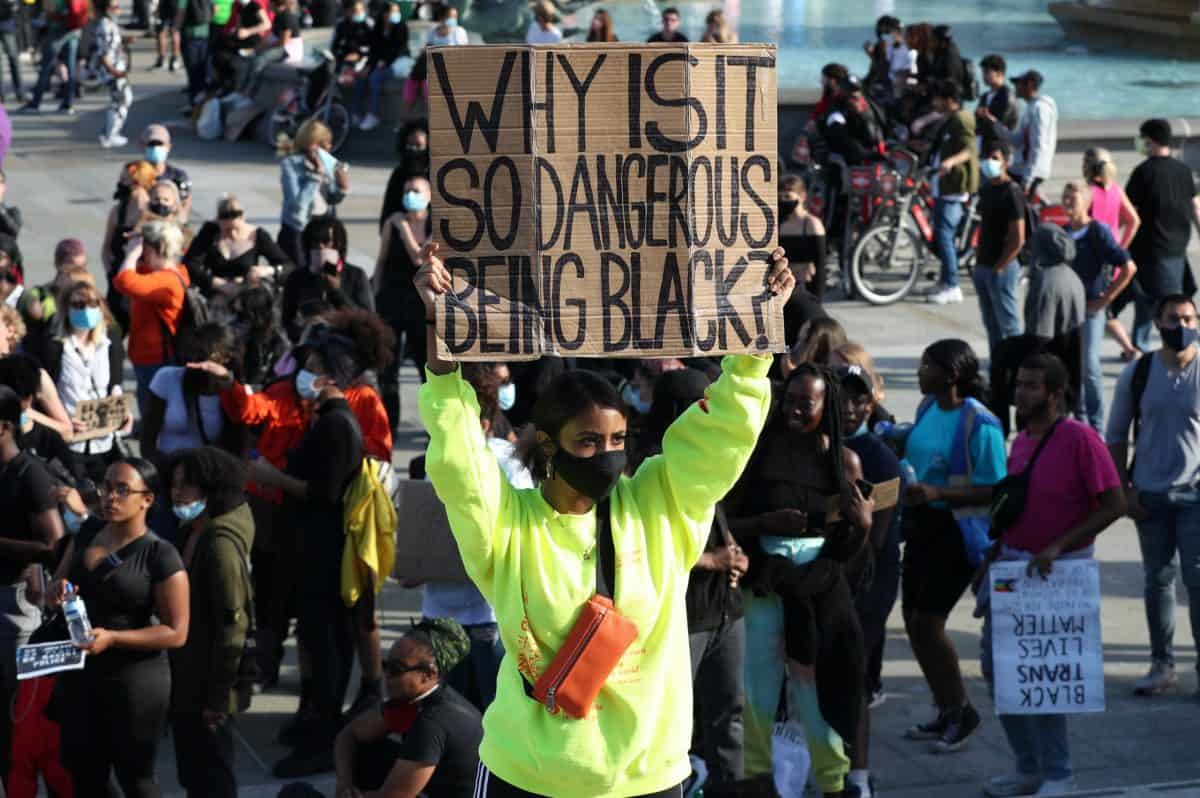 Young men from black, Asian and ethnic minority backgrounds were nearly twice as likely to be handed fines for breaches of Covid-19 lockdown rules than white men of the same age, new figures reveal.

A National Police Chiefs’ Council report – published on Monday – concluded there has been “disproportionality” in the issuing of fixed penalty notices (FPNs) by police forces in England and Wales.

Analysis by government statisticians found that people from BAME backgrounds were handed fines at a rate of 1.6 times higher than white people between March 27 and May 25, with black and Asian people 1.8 times more likely to be handed penalties.

Young men, aged between 18 and 34, from BAME backgrounds were over-represented by around twice the rate of young white men in the same age groups, the data suggests.

NPCC chairman Martin Hewitt said: “While it is a complex picture, it is a concern to see disparity between white and black, Asian or ethnic minority people.

“Each force will be looking at this carefully to assess and mitigate any risks of bias – conscious or unconscious – and to minimise disproportionate impact wherever possible.

“Many forces have brought in community representatives to help them scrutinise the circumstances around each FPN and if it has been issued fairly.

“We are working to develop a plan of action to address issues of inclusion and race equality that still exist in policing – like the lower trust in us from black communities, their concerns about use of powers like stop and search and the concerns from people of colour within policing about inclusivity and equality at work.

“The findings of this analysis will be further considered as part of that work.”

The report found the number of fines issued across England and Wales was relatively low with a rate of three per 10,000 people, with 70% of all penalties issued to men aged under 45, who make up 22% of the population.

Young men aged between 18 and 34, who make up 14% of the population, accounted for 57% of those fines – a rate four times higher than if penalties were issued proportionately across all age groups.

The data shows wide variation across the country, with fines for BAME people up to 6.5 times higher than white people for some forces, with rates generally higher in coastal areas and beauty spots.

But the analysis found those areas typically have relatively small BAME populations with a small number of fines issued to BAME people leading to high disparity rates.

Cumbria Police, for example, issued just three fines to black people, equating to 30 per 10,000 compared with eight per 10,000 white people.

The report concluded: “The findings suggest that there has been disproportionality in the issuing of FPNs. BAME people were issued with FPNs at a rate 1.6 to 1.7 times higher than for white people.”

But the report notes the disproportionality was far lower than the latest official statistics for stop and search, which showed a disparity rate of 4.3 for all BAME people and 9.7 for black people.

It also pointed out there were 20 forces that each issued fewer than 40 fines in total to BAME people.

Mr Hewitt added: “Rural and coastal forces that attract tourists issued significantly more FPNs to non-residents, which has significantly affected the level of disparity between white and people from black, Asian and other minority ethnic backgrounds compared with other forces who issued fewer relatively to non-residents.

“For a number of forces, continued focus on crime and violence could affect their disparity rate as areas of that have been a focus of police activity are also areas with a higher concentration of black, Asian and minority ethnic people, which also increases the possibility of officers identifying and dealing with breaches during those deployments.

“In communities or groups with lower trust in police, attempts to encourage before enforcing may be less successful.”

Related: Man stopped by police on the way back from TV interview about police racism