“My heroes are Churchill and Thatcher, hers are Lenin and Corbyn", she said. 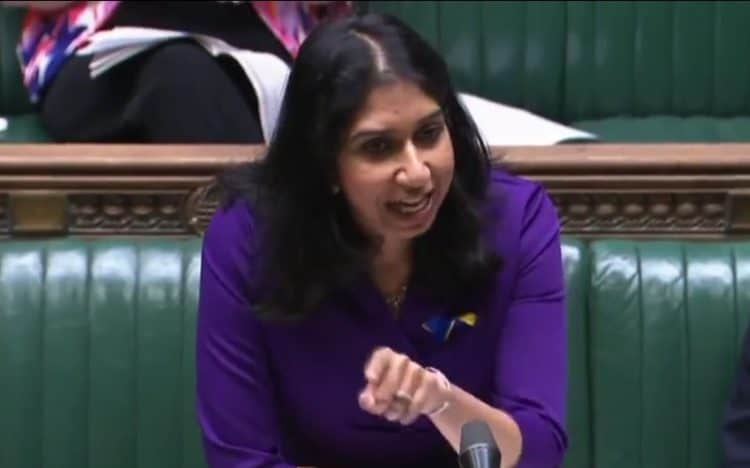 The Attorney General accused Emily Thornberry of being ashamed of the British flag in a Commons address that has been dubbed “completely deranged” by Ian Dunt.

Locking horns over the Northern Ireland Protocol, Suella Braverman sidestepped calls to say whether she played a role in the briefings by attacking the Labour MP for being unpatriotic.

Thornberry asked Braverman whether she personally authorised the briefings to The Times and to Newsnight regarding her advice on the protocol.

She responded: “I take the convention incredibly seriously; it is a running thread through the integrity and robustness and the frankness with which law officers can provide advice.

“I don’t comment on media speculation and that is the Government’s line.”

She went on to defend the Government’s proposals, before adding: “There are big differences between (Ms Thornberry) and myself and I’m very disappointed at the line of attack that she is taking.

“I love the United Kingdom; the right honourable lady is embarrassed by our flag.

“I’m proud of the leadership the United Kingdom has demonstrated, and the right honourable lady wants us to be run by Brussels and wants to scrap Trident.

“My heroes are Churchill and Thatcher, hers are Lenin and Corbyn.”