As Gove ‘enthusiastically’ backs Boris, flashback to when he knifed him in 2016

Gove’s wholehearted backing of Johnson reminded many of 2016, when he declared him “not capable” of leading the country. 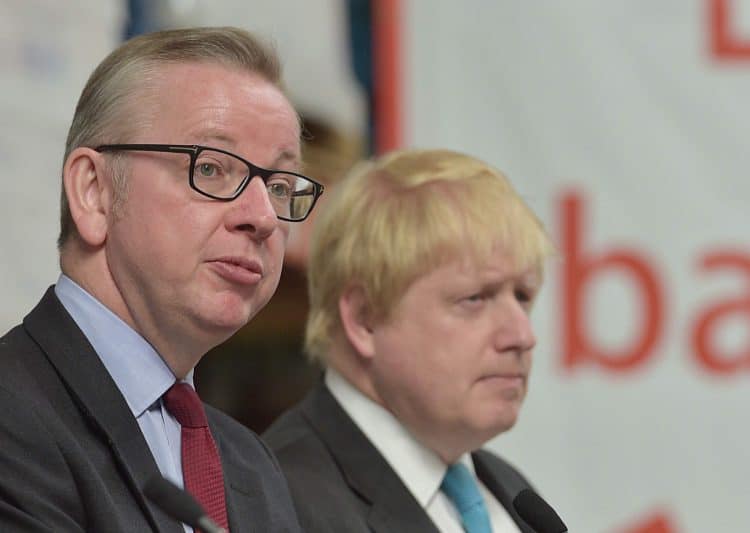 Michael Gove has ruled out running against Boris Johnson again for leadership of the Tory party, admitting he made a “mistake” by doing so in 2016.

The levelling up secretary said he believed the prime minister is “doing a good job” – even after 40 per cent of Tory MPs called on him to quit.

Asked whether he had confidence in Johnson, Gove told Sky News: “Enthusiastically, yes.”

Six years after ditching plans to run Johnson’s leadership campaign to run himself after the Brexit referendum, Gove said on Thursday that he had made a “mistake” in 2016.

He told Sky News: “If you’ve been in politics for a little while, as I have been, then there are always mistakes that you can look back on. But I think the prime minister is doing a good job.”

Questioned whether he would run against Johnson again, he said: “Oh God, no.”

He added: “I can understand why some of my MP colleagues have concerns and I think it’s important that over the course of the next two years that we demonstrate that the government is focused on delivering for the people across the United Kingdom.”

Gove’s wholehearted backing of Johnson nonetheless reminded many of 2016, when he declared him “not capable” of leading the country.

Compare and contrast his takes here.