In 2018 a UN report found that drastic cuts to social support and welfare damaged the very fabric of British society. 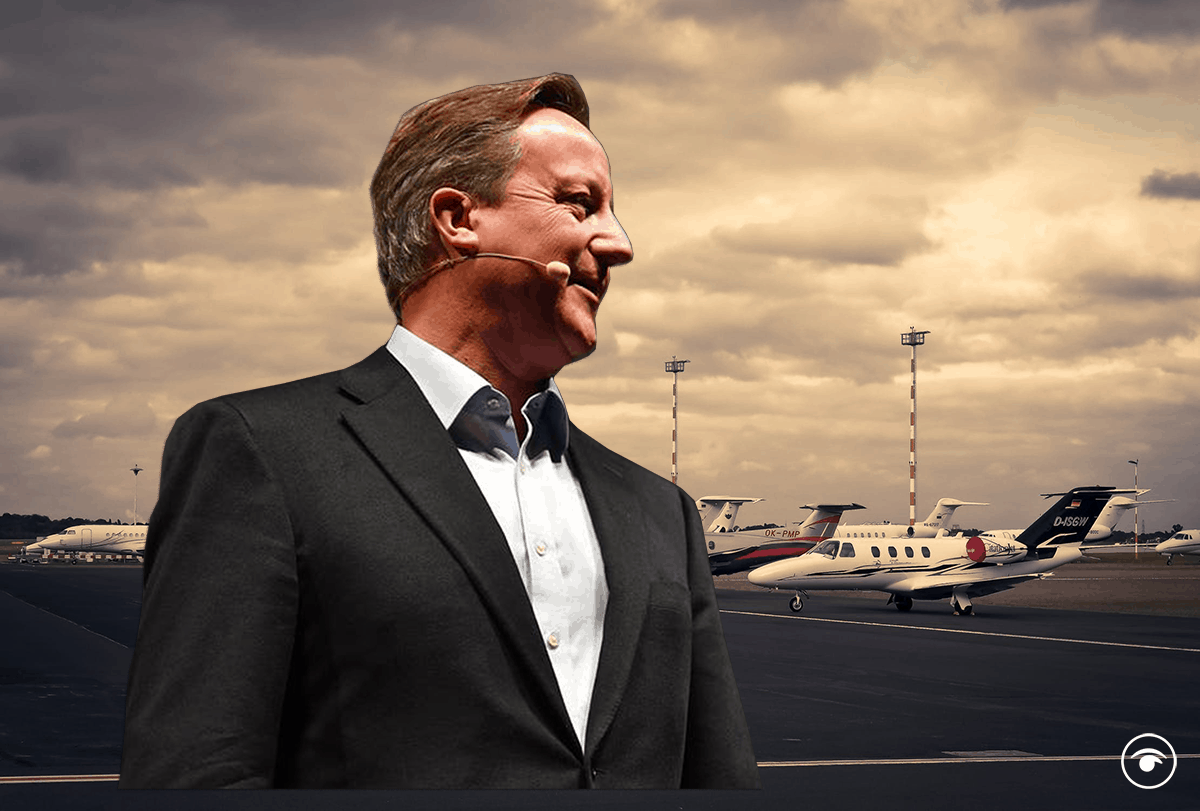 David Cameron used private jets owned by Greensill Capital to fly around the world for speaking engagements, the Financial Times has revealed.

The former Prime Minister, known as the architect of austerity, would frequently use the “plushy furnished aeroplanes” to travel around the world.

According to the reports he charged at least £120,000 an hour for speaking engagements, a handsome sum which has stuck in the craw of many people on social media this weekend.

£120,000 an hour. Let that sink in. For the architect of brutal austerity – the man who froze public sector pay, and made the poorest people pay a bedroom tax. https://t.co/hRunuyxSR4

Cameron and chancellor George Osborne popularised austerity in Britain after coming to power in the aftermath of the financial crisis.

In his keynote speech to the Conservative Party forum in Cheltenham on 26 April 2009 Cameron declared that “the age of irresponsibility is giving way to the age of austerity” and committed to end years of what he characterised as excessive government spending.

The austerity programme included reductions in welfare spending, the cancellation of school building programs, reductions in local government funding, and an increase in VAT.

Spending on the police, courts and prisons was also reduced.

In 2018 a UN report revealed that the drastic cuts to social support and welfare risked damaging the very fabric of British society.

Concluding his 12-day visit to the country the UN Special Rapporteur on extreme poverty and human rights, Philip Alston, said the UK Government’s policies entrenched high levels of poverty and inflicted unnecessary misery in one of the richest countries in the world.