Isaac Andrews said unrest in the loyalist community was “murmuring for two-three years”. 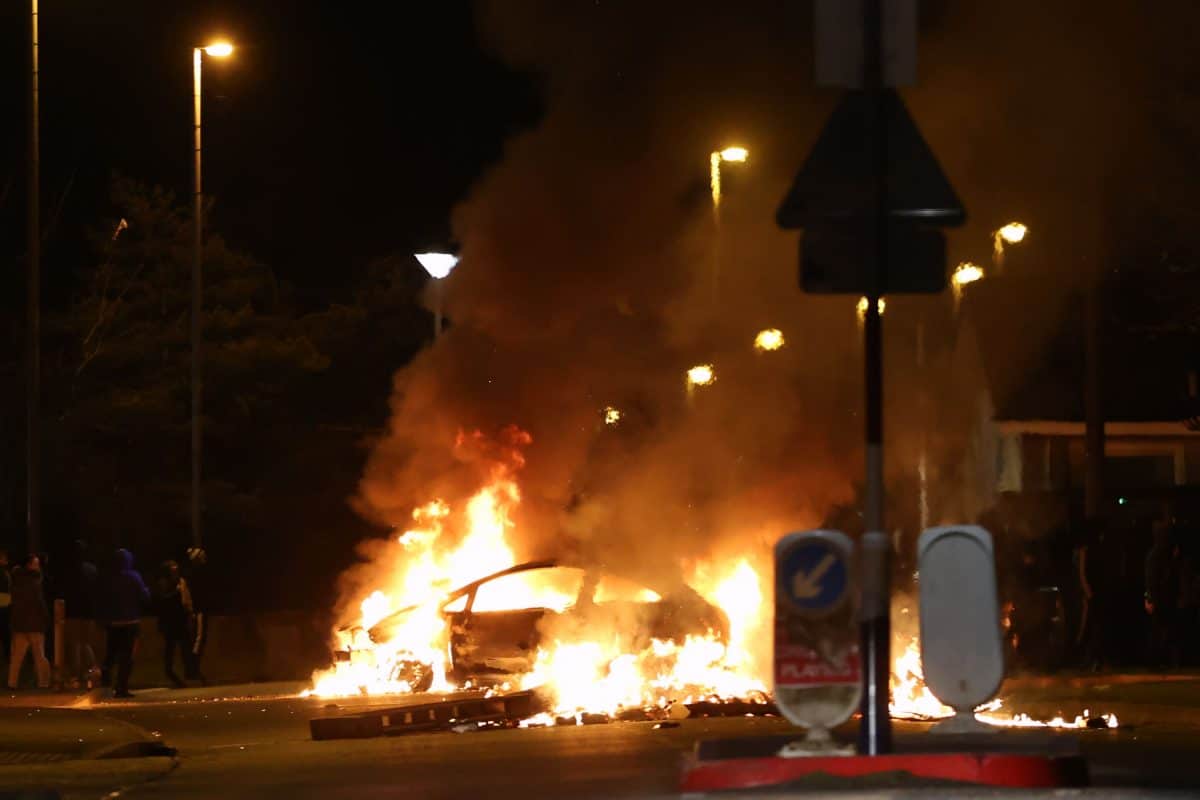 A community worker has described seeing scenes of violence in Belfast of a ferocity he had not witnessed since the start of the Troubles.

Isaac Andrews was on the scene on the Springfield Road last week as the PSNI used water cannon to quell crowds for the first time six years.

Trouble flared following a loyalist protest at the peace wall gates at Lanark Way on Wednesday following successive nights of protests, some of which ended in violence, across Northern Ireland.

Scores of police officers were injured after being attacked with petrol bombs, fireworks and stones.

While loyalists clashed with police on one side of the gate, nationalist crowds were involved in clashes on the Springfield Road on the other side.

Andrews described seeing over 100 people on the Springfield Road and he rushed to close an open pedestrian gate at the Workman Avenue, a short distance along the peace wall from Lanark Way.

He said he came under attack as he prevented them gaining access to the Shankill, before republican community worker Sean Murray joined him and they did their best to secure the area.

“I was basically surrounded by about 150 nationalists who were trying to get through the gate to get into the unionist area, it was me singly trying to get a gate locked,” he said.

“The Workman Avenue pedestrian gate had been left open in the midst of everything that was happening at Lanark Way.

“I was attacked two or three times with bottles, bricks and planks of wood thrown at me.

“Five or 10 minutes into that, I heard someone shouting from the other side of the road which happened to be Sean Murray, and I was shouting back to him to help.

“Shortly after police arrived and after that the keyholder arrived.”

He said Farset International community centre and hostel was later surrounded by a crowd of 200-300 before police pushed them back, and the violence on both sides of the peace wall went on until around 1am.

Andrews said “really vicious violence” continued on the Springfield Road on Thursday night into the early hours of Friday.

“For me personally, what I witnessed over those two days was very reminiscent of what you would have seen in the early 1970s in street disorder, that’s how bad it was,” he said.

“It was ferocious at times and it was sectarian. It was like a flashback to the past and very frightening.

The violence moved to north Belfast on Friday and has not resparked since. The PSNI has ruled out orchestration of the violence by paramilitary groups.

Andrews described the violence at Lanark Way as spontaneous. “If it had been organised by paramilitaries, it would have been a lot more serious,” he said.

“But what happened on the Springfield Road was something completely different, what I witnessed was organisation, it was spontaneous. These crowds did not just appear.”

Andrews described unrest in the loyalist community as “murmuring for two-three years”.

“There is a feeling of loss of identity, culture being eroded,” he said. “In terms of Brexit, people were looking at what would happen along the border, watching the nationalist protests and all this talk that we can’t even have a camera on the border or we could return back to violence.

“Many in unionism and loyalism feel that threat was appeased and we have ended up with this Northern Ireland Protocol and another border has been created.

“You had all that built up and then the Bobby Storey funeral. It’s not an orange or green issue, it affects families across the divide.

“My own mother when she passed away, we had to stand and watch her final moments on this earth on a screen.

“When that investigation was over and no prosecutions followed, it was seen as another appeasement.

“The Rangers fans came out, wrongly, and within days there were fines, yet six months down the line from thousands of people being out on the streets for Storey, nobody is fined.

“And this is government breaking their own restrictions. And you have to put in the mix, we have been in lockdown for so long, there is frustration particularly among young people, it’s a release to get out.

“Then the protests started, violence in some areas and peaceful protests. But for me personally, whoever arranged the protest on Lanark Way, bringing a protest to an interface was complete and utter madness, and it was very predictable what would happen afterwards.

“However I did not expect to witness what I witnessed afterwards on the Springfield Road.”

Related: Brits worse hit by Covid because of inequality and low welfare support