Transparency International UK said those with political access appeared to be favoured. 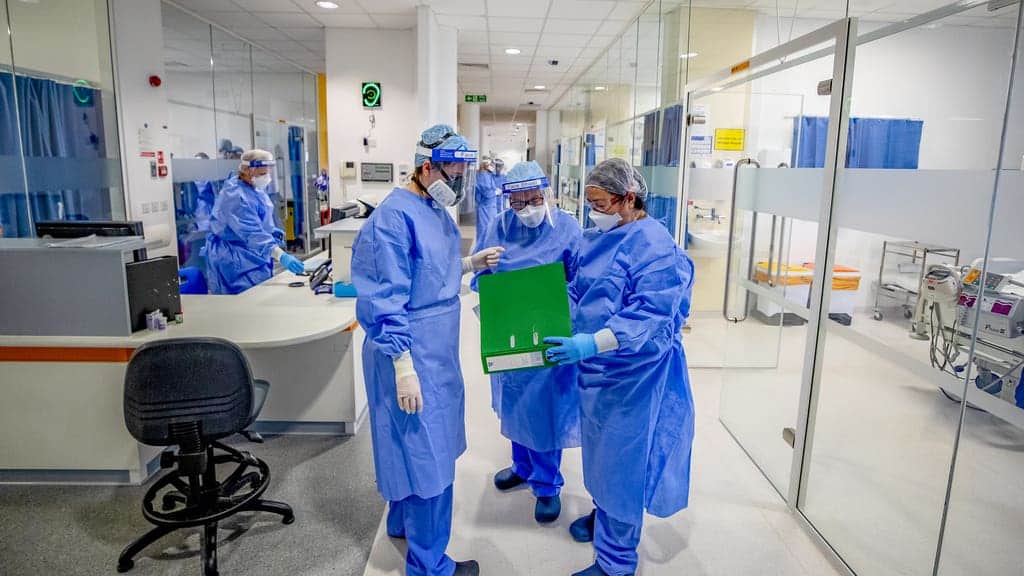 Coronavirus contracts awarded by the UK Government worth more than £3.7 billion raise at least one red flag for possible corruption, according to a report.

Transparency International UK says that how the Government handled bids for supplying personal protective equipment (PPE) and other pandemic contracts appeared to favour those with political access.

The independent anti-corruption organisation identified 73 contracts worth more than £3.7 billion – equivalent to 20 per cent of all contracts between February and November of last year – whose award “merits further investigation”.

It found that of the cases of concern, 24 contracts for PPE worth £1.6 billion were awarded to those with known political connections to the Conservative Party.

A review of these “high-risk contracts” identified 15 areas of concern, such as uncompetitive tendering and politically connected contractors.

The organisation’s report, which reviewed nearly 1,000 contracts worth £18 billion, said the system designed to triage offers of PPE supplies appeared to be “partisan and riven with systemic bias”.

It said questions remained about the “VIP” lane, used to fast track offers of PPE from companies referred by MPs, peers and senior officials, such as who knew about the route and when.

Transparency International UK found that between February and November, some 98.9 per cent of Covid-related contracts by value (£17.8 billion) were awarded without any form of competition.

“There are now very serious questions for the government to answer”

Chief executive Daniel Bruce said: “There are now very serious questions for the Government to answer with more than a fifth of the money spent on purchases in response to the pandemic raising red flags.

“The Government’s approach to procurement during this critical period has already dented public confidence at a time when the trust of its citizens is most needed.

“We must now have full accountability for the eye-watering amounts of taxpayers’ money spent on the response – with the award for each of the 73 contracts we highlight in our report subject to a thorough audit.”

The organisation has made a series of recommendations to the Government in the report, including providing full transparency over the “VIP” lane and the return of open, competitive contracting as a default for public procurement.

A Government spokesman responded: “During the pandemic our priority has always been to protect the public and save lives, and we have used existing rules to buy life-saving equipment and supplies, such as PPE for the NHS front line.

“All PPE procurement went through the same assurance process and due diligence as carried out on every contract – ministers have no role in awarding them.

“The priority list was widely advertised across Government as a way of more quickly triaging offers of support.”

Last November saw the National Audit Office (NAO), the public spending watchdog, publish a scathing report which criticised the way normal standards of transparency had been set aside during pandemic procurement.

The NAO said firms recommended by MPs, peers and ministers’ offices were given priority as the Government sought to find supplies of masks, gloves and aprons when the pandemic hit in the spring.

Meanwhile, the High Court ruled earlier this year that the Government had unlawfully failed to publish details of coronavirus-related contracts worth billions.

In response to the Transparency International UK report, shadow chancellor of the Duchy of Lancaster Rachel Reeves accused the Government of “endemic cronyism” in its procurement.

She said: “The scale of corruption risk to vast amounts of taxpayer money revealed in this report is shocking, as is the evidence of endemic cronyism flowing through the Government’s contracting.

“Standards on public contracts have slipped so far under this Conservative government that this would be embarrassing if it wasn’t so serious.

“Labour have consistently asked for the Government to get the basics right – calling on them to publish the names of businesses that won lucrative Covid contracts through the ‘VIP fast lane’, ramp up transparency and come clean to taxpayers about the £2 billion worth of contracts that have gone to Tory friends and donors.”

Related: Johnny Mercer: ‘I was sacked by text’