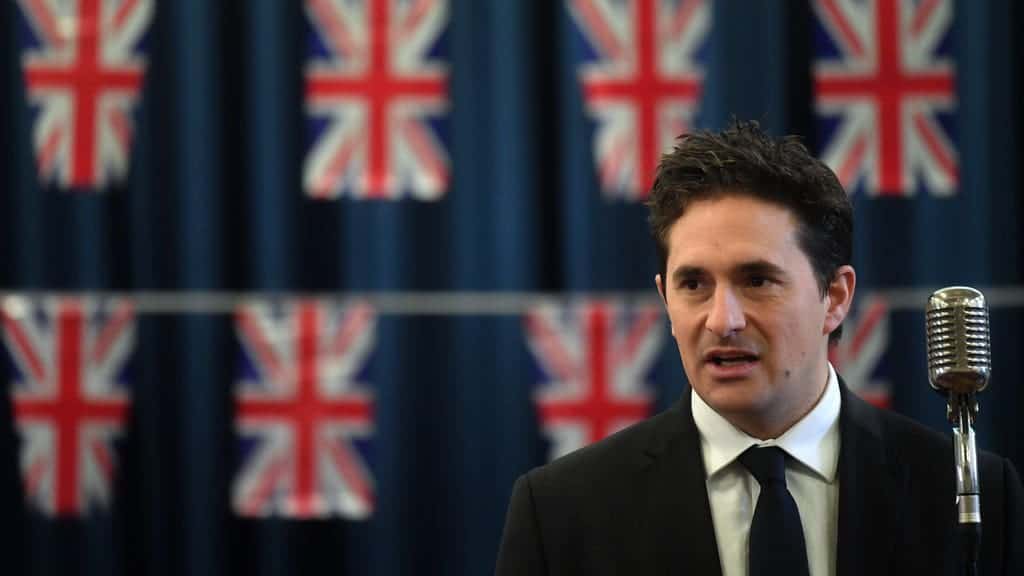 Johnny Mercer said he was “sacked by text” this week after he was relieved of his responsibilities in government.

The former veterans minister said he had “no choice” but to leave the Government after frustration at a lack of progress over legislation to protect British veterans who served during the Troubles.

However, the former Army officer said on Twitter that he was “sorry to have been relieved of my responsibilities in Government” amid reports that he was sacked by Boris Johnson.

I’m sorry to have been relieved of my responsibilities in Government tonight. pic.twitter.com/AWai59fVhE

The MP for Plymouth Moor View has been heavily involved in the Overseas Operations (Service Personnel and Veterans) Bill, which is going through its final stages in Parliament.

The legislation was developed in response to legal claims made after operations in Iraq and Afghanistan, but does not cover incidents in Northern Ireland.

In a letter to the Prime Minister, which was posted on Twitter, Mr Mercer said the Government risks “damaging an already bruised veterans cohort further” with the proposals.

He said he had hoped Mr Johnson’s premiership would “signal a step change in veterans affairs in the UK” and that he had raised his concerns in a face-to-face meeting with him.

“It is with a heavy heart that I am forced to offer you my resignation from your Government,” Mr Mercer said in the letter.

“I am of course, desperately sad events have transpired the way they have – I truly have exhausted my efforts and my team to make it work.

“But the truth is politics always was a means to change how this country treats her military veterans, and I remain genuinely appalled by the experiences of some of this nation’s finest people who have served in the Armed Forces.

“I fought and bled alongside them, I’ve been far more fortunate than many of them since, and I have a duty to tell their truth to power.”

Mr Mercer said in the letter to the Prime Minister that not including those who served during the Troubles was his “red line”, adding: “I am deeply proud of my predecessors who served in Northern Ireland.

“They are not second-class veterans. They deserve the protections of the Overseas Operations Bill like everyone else.

“I made promises on your behalf that we would not leave them behind and would walk through simultaneous legislation for them. No discernible efforts have been made to do so, and I can see no prospect of this changing.

“I have no choice but to leave Government and campaign for them in Parliament.”

Mr Johnson thanked Mr Mercer for his service as a minister following his resignation on Tuesday, according to a Downing Street spokeswoman.

The statement released shortly after 7pm said: “This evening the Prime Minister has accepted the resignation of Johnny Mercer as minister for defence people and veterans.

“He thanks Johnny Mercer for his service as a Government minister since 2019.”

“Made a real difference”

The Prime Minister said in a letter to Mr Mercer that he was “grateful” for his contribution as veterans minister and that he had “made a real difference” to the lives of defence personnel and veterans.

“I am grateful for your service and for everything you have done in the role,” the letter said.

“Alongside helping today’s veterans, you have put in place the solid foundations to build and expand our support for veterans in the future.

“The Office for Veterans’ Affairs has established cross-government leadership to improve the lives of those who have served this country.

“Your determination to fix problems and to make life better for our defence personnel and veterans has made a real difference, and I am grateful for everything that you have done.”