The leader of Reform UK has said he will now write to the governor of the Bank of England to ask it to provide banking services to parties that cannot secure them elsewhere. 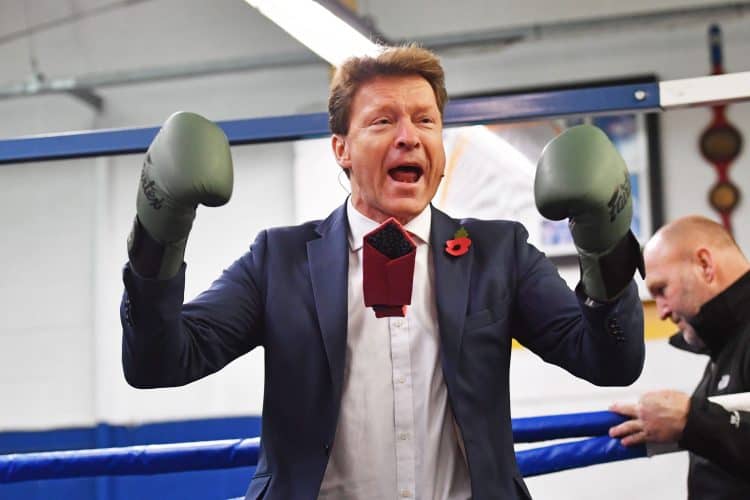 The leader of Reform UK has said he will write to the governor of the Bank of England to ask it to provide banking services to parties that cannot secure them elsewhere, after Metro Bank said it will close his party’s account.

Richard Tice, who leads the former Brexit Party, relaunched in January as Reform UK, said Metro Bank’s decision to close the party’s account was “unprecedented” and the result of “political pressure”.

He said he hopes another bank steps forward to provide banking services to the party, but that he is also going to make a request to the Bank of England.

Metro Bank said it regularly closes accounts “which are no longer commercially viable”, and said the decision to close the party’s account was taken for “commercial reasons”, adding that the bank is “politically neutral”.

Speaking at a press conference on Monday, Mr Tice said: “This is not in the ordinary course of business.

“This is not because they considered that it was not commercially viable.

“This is extraordinary, this is unprecedented, and it is without question in my mind, the result of political pressure.

“Someone, somewhere, somehow, has applied pressure.

“There is no other explanation that I can think of.”

He said he had no proof of political interference, but said “I just know, from my experience being involved in so many banking arrangements over such a long period of time, this doesn’t happen, this is not normal”.

But when challenged to say what he believes has happened, he said was not sure if it would be someone from a political party, but said: “Someone, somewhere, has had a word.

He argued that new parties are needed for democracy to thrive, and said his party intends to stand more than 500 candidates at the next general election.

He said “we need these challenger parties, but if we can’t have clearing bank facilities, we can’t pay bills, and therefore we can’t stand candidates at the next general election”.

Asking people to imagine the scenario when the bank took its decision, he likened the party to a new start-up, and said “things for everybody get a lot quieter” through the pandemic, but said that the party has “big plans”, and claimed the bank would know that “millions of pounds will continue to come in and out of the account”.

The party said it was notified in late July that its account with Metro Bank would be closed in 60 days.

A Metro Bank spokesperson said: “We regularly review our customer accounts and close those which are no longer commercially viable.

“The decision to close the Brexit Party account was made for commercial reasons only as a business as usual decision.

“Metro Bank is and will remain politically neutral.”