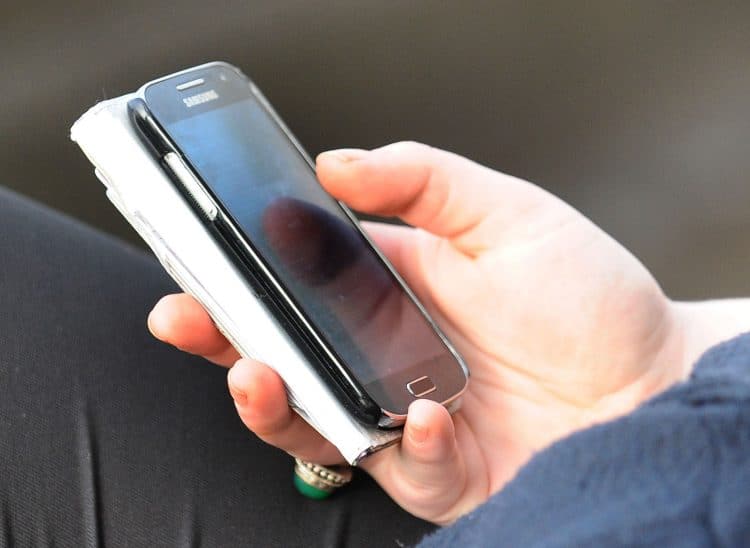 Vodafone has become the latest mobile network to reintroduce roaming charges for Britons who travel to other countries in Europe. This announcement has left one Brexiteer with egg on his face, but we will come back to that later.

The post-Brexit blow means new and upgrading customers will have to pay up to £2 per day to use their monthly allowance of data, calls and texts.

Roaming fees when travelling across Europe ended in June 2017, allowing consumers to continue using their mobile plan in other EU nations at no additional cost, with a fair use limit.

Under the UK’s Brexit trade agreement, it said both sides should “co-operate on promoting transparent and reasonable rates” for mobile charges but a guarantee on free roaming was not carried forward.

Although network providers could choose to bring back charges once the UK had left the EU, the main four – EE, O2, Three and Vodafone – said they had no plans to do so.

BT-owned EE was the first to announce the reintroduction of roaming charges in June.

Holidaymakers using Vodafone will be able to reduce the cost to £1 per day by purchasing a multi-day pass for eight or 15 days.

Those on the firm’s more expensive Xtra plans will still have roaming included, while the Republic of Ireland will be exempt for all customers.

Vodafone said fewer than half of its customers roamed beyond the Republic of Ireland in 2019.

“Rather than have all of our customers affected by including the additional costs of roaming into all of our tariffs, customers will be able to choose a plan that comes with roaming included, or purchase an additional roaming pass,” a spokesman said.

“Our ambition is to ensure customers don’t ever experience ‘bill shock’ when roaming with Vodafone, because all of our plans and passes will have clear usage caps, and customers will also be able to set their own limits via Vodafone Spend Manager, which is free to set up via the My Vodafone App.”

Those who remain on their existing price plan will not be affected until they make changes.

Paolo Pescatore, an analyst from PP Foresight, said consumers should fully expect others to follow suit.

“Phone users will now need to be savvier when travelling aboard,” he said.

“Some will have roaming included on higher priced plans and premium devices, while others will be forced to look at switching to wifi and take out local e-sim options.”

This news brings us nearly to Sept 2018 when John Redwood wrote a blog tittle ‘Project Fear caricatures itself.’

In which he wrote…

The latest round of Project Fear stories are usually re runs of past versions of the same thing. This time they are often repeated in even shriller and more apocalyptic tones, as the clock ticks down to our exit in March 2019.

Let’s deal with a few of them:

1. They said ” The UK will lose the advantage of the EU policy removing roaming charges for use of mobiles around Europe.” This was often mentioned in the Referendum campaign as one of the few examples of a positive from the EU. This week the main mobile companies confirmed they will not be imposing new roaming charges when we leave! There is enough competition in the market to keep prices down. A company like Vodafone anyway offers free roaming for non EU countries like Norway and Turkey as well as Iceland, a country which cancelled its application to join the EU. It is always wise to check your contract, as the so called EU free roaming may well have a usage limit.

To the news of roaming charges for Vodaphone has sparked a lot of comments on social media.

What to say – except that anyone who used the term ‘Project Fear’ was wrong and should lose their job if they are a public servant. https://t.co/713g9vrxGX

Another disappointing result of #Brexit but important to note this doesn’t apply to Ireland. https://t.co/ZYUCPhlAPb

So glad nobody listened to all that Project Fear nonsense before the Brexit referendum.#BrexitReality *vodafone* pic.twitter.com/H7XLjSj2OP

When @edvaizey suggested leaving the EU may result in roaming charges returning, @BorisJohnson replied that it was "the free market and competition" that kept such charges low – not "a vast supranational bureaucracy".

When @edvaizey said Brexit may result in Brits paying roaming charges, Vote Leave's @matthew_elliott accused him of "doing down consumer rights to win the referendum", adding "there is no evidence they will go up if we Vote Leave." Any update, Matty? ~AA https://t.co/wob6HbXrQD

After EE, now Vodafone finally gets rid of those pesky, oppressive EU rules that forced operators to provide free roaming!

From January, Vodafone will charge EU visitors a "Freedom Fee" of up to £2 per day for roaming.