"Not enough choice already? I wish all the people on the streets, those on UC or other benefits could be so choosy." 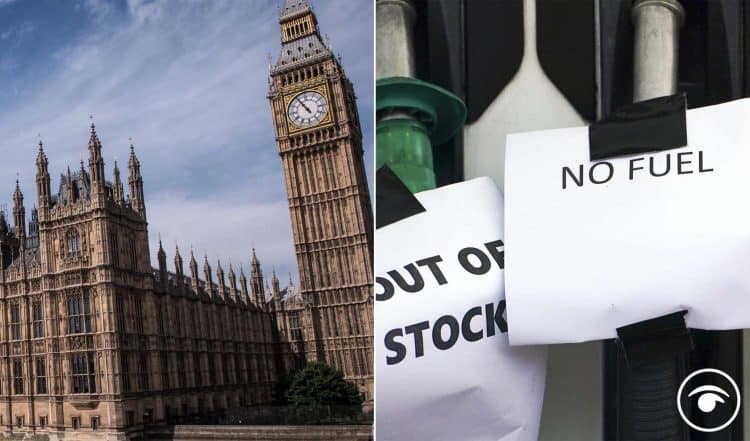 A Tory MP has provoked a reaction by officially writing to House of Commons caterers to add a reginal delicacy to the menu – during a national fuel and benefits crisis.

Matt Vickers, the member for Stockton South, shared a letter he wrote to the director of catering asking to add the Teeside Chicken Parmo to the menu.

The classic takeaway is a fillet of breaded chicken which is fried before being slathered with béchamel sauce and cheese, and then grilled.

The MP insisted offering the classic takeaway food, which originates from Teesside, would “show those in London and Westminster what the North has to offer.”

But the letter, tweeted on 27th Sept has received mixed reviews – with many infuriated at his timing amidst food and fuel shortages and cuts to universal credit.

His letter, shared on Twitter, read: “I am writing to you to discuss the addition of a new dish to our already brilliant House of Commons menu.

“The dish in question is the gorgeous, illustrious and famous Teesside Chicken Parmo.

“I want to see the North bestow some of its unique quality on our southern brothers and sisters.

“I believe it is important that the menu is representative of the various cultures and styles of the four composite parts of the Union.

“I believe that the House of Commons is home to all British subjects and therefore our menu should reflect this.”

The Chicken Parmo – a traditional Teesside dish which is a symbol of the area – is a classic takeaway-style chicken meal.

The calorific but much-loved dish was Middlesbrough’s take on an Italian parmigiana, and was believed to have been created by army chef in the area during the Second World War.

This makes the dish more than 60 years old, but it remains a much loved classic in the area – which is what prompted Matt Vickers to get the dish on the menu.

The MPs letter said: “While the historical origins of the dish are still hotly debated locally, one detail is certainly lot, and that is that the Parmo is a Teesside delicacy.

“The addition of the Chicken Parmo to the menu is a small but meaningful way in which we northerners can show those in London and Westminster what the North has to offer.

“While at the same time allowing us to enjoy a bit of home while serving our country down in London.

“A more diverse menu that plays on the traditions of all corners of the United Kingdom highlights our shared histories and traditions (and) enables us to quickly experience their local dishes and cultures.”

2. One angry twitter user said: “Thousands of constituents are about to lose their universal credit or come off furlough, and this is what you’re doing?”

3. “Shows what your priorities are. My family are only worrying about inflation, empty shelves, no petrol, my energy supplier going bust, a bleak Christmas.”

4.: “Not enough choice already? I wish all the people on the streets, those on UC or other benefits could be so choosy.

5. “It must all be a great laugh to you, but do you ever, ever consider life outside the Westminster bubble?”