by Andra Maciuca
in Business 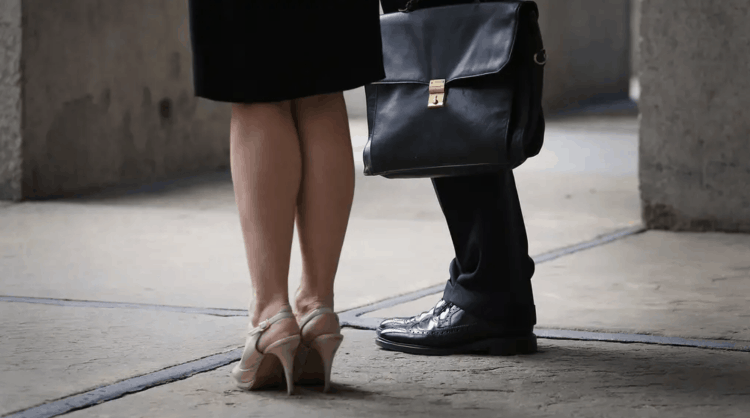 British investment banks are paying women just 56 per cent of what their male colleagues make, shocking new figures have revealed.

A sample of ten large banks which have reported gender pay cap data ahead of an October deadline show an average 44.5 per cent difference between male and female hourly wages as of April 2020, compared to the 45.2 per cent reported last year.

This means women earned 56 pence for every pound men earned when looking at their average hourly salary, Bloomberg reported.

HSBC Bank Plc – the part of the business housing the lender’s UK investment banking operation – revealed the largest salary divide at 54.4 per cent. Just nine per cent of those in the top pay quartile are women.

Of the ten banks analysed by Bloomberg, none reported that women made up more than a fifth of their top-earning quartile.

‘We need a culture change’

“We’re caught in a compliance phase,” said Professor Grace Lordan, founder of the Inclusion Initiative at the London School of Economics and Political Science, told the publication. “To reach the next stage we really need a culture change.”

Reporting of the gender pay gap became compulsory in Britain in 2017 and has consistently showed women are paid significantly less than men.

But figures do not compare the pay of men and women doing the same jobs, and are not based on experience or location – they just show who holds the highest paying jobs, which in most companies are held by men.

A 2017 study suggested that women will have to wait more than two centuries to achieve equality in the workplace. Research revealed it will take 217 years for disparities in the pay and employment opportunities of men and women to finally end.

“Behavioural ethics research also suggests that many such assumptions are due to an unconscious bias that both women and men share. Social psychologists have found that self-professed egalitarians may also be prone to such unconscious biases.

“These concern feelings and knowledge (often unintended) about their social group membership, for example concerning age, race/ethnicity, gender, and class. Power operates at a subconscious level and discrimination is often tacit and rationalised post-hoc.

“Unconscious bias, can in part, explain the propensity of many executives to hire in their own image, which reproduces the lack of diversity in companies’ boards. But in organisations that adopt meritocratic policies, managers tend to favour a male over an equally qualified female employee and award him a larger monetary reward, perhaps because they no longer see the necessity to address the existing inequalities or for the fear of discriminating against men.

“Senior women and men who tend to be over-represented in top high-paid jobs should take steps to teach other women tactics and strategies that are most effective. Making pay scales explicit could also have a major impact on transparency in promotion.”

Related: This is how long it is going to take to close the gender pay gap