Ashton-under-Lyne MP Ms Rayner is expected to run as the party’s deputy leader.Rebecca Long Bailey, the shadow business secretary – a protege of shadow chancellor John McDonnell – has long been seen as the favourite of the left to succeed Mr Corbyn. Richard Burgon through his weight behind her on the weekend too. 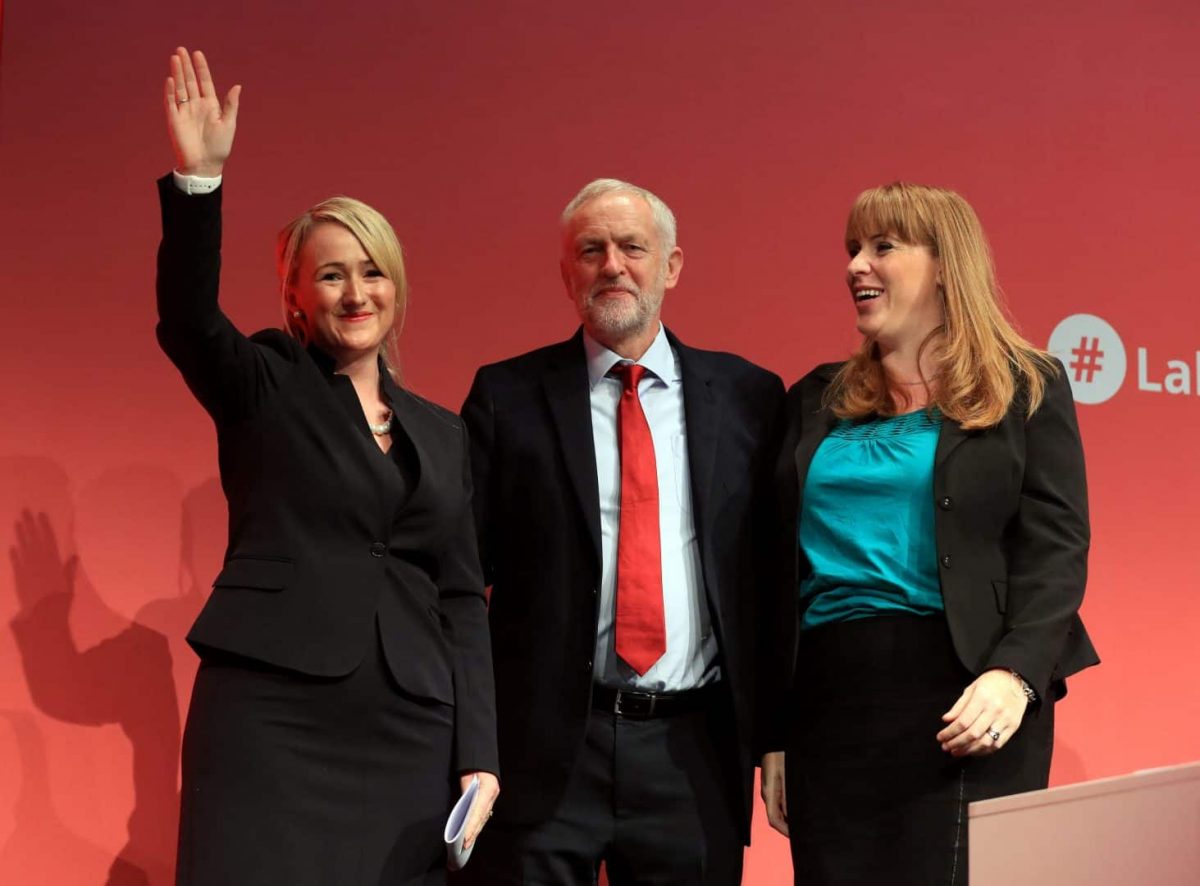 Shadow education secretary Angela Rayner is to step aside and support her friend Rebecca Long-Bailey to succeed Labour leader Jeremy Corbyn, according to reports.

Ms Rayner is expected to run as deputy leader in a bid that would allow her flatmate, shadow business secretary Ms Long-Bailey, to take the party’s top job.

Rebecca Long Bailey, the shadow business secretary – a protege of shadow chancellor John McDonnell – has long been seen as the favourite of the left to succeed Mr Corbyn. Richard Burgon threw his weight behind her on the weekend too.

It comes as Mr Corbyn indicated he would quit as Labour leader in the early part of next year after the party suffered its worst General Election defeat since 1935.

Tom Watson stepped down as deputy leader shortly before the election was called.

According to multiple reports, Ashton-under-Lyne MP Ms Rayner has not made a final decision, but is exploring a deputy leadership bid.

In a tweet on Monday evening , Ms Rayner said she will work “day and night” to restore the party to its “rightful place”.

Ms Long-Bailey, who is the MP for Salford, is one of several candidates said to be a possible successor to Mr Corbyn, having received the backing of senior figures in the party’s current leadership.

It is understood Mr Corbyn will address his much diminished parliamentary Labour party in Westminster on Tuesday, where he will likely face disgruntled MPs.

The Labour leadership battle descended into acrimony on Sunday after another contender, Emily Thornberry, was accused by former MP Caroline Flint of labelling Leave voters “stupid” following the European referendum result in 2016.

Shadow foreign secretary Ms Thornberry accused Ms Flint, who lost her Don Valley seat in the election, of spreading the “most extraordinary lies” and confirmed she had approached her solicitors over the remarks she insisted were false.

The Islington South and Finsbury MP, speaking on Sky News on Monday, said she had asked Ms Flint to rescind the comment before she started legal action.

“One of my former colleagues came out and said the most extraordinary lies about me,” Ms Thornberry, who is also considered a candidate in the Labour leadership race, said.

“I’ve contacted her and I’ve said to her, ‘Please withdraw, I will give you until the end of the day’ and she hasn’t.

Sadiq Khan appears to have ruled himself out of the Labour leadership race, saying he is more interested in winning a second term as mayor of London.

The race to succeed Jeremy Corbyn following Labour’s largest general election defeat since 1935 is under way, but Mr Khan said he is “absolutely” more interested in continuing at City Hall.

He said on Monday: “I think we showed in 2016 the difference winning elections makes by winning the mayoralty after eight years of a Conservative mayor.

“We’ve showed over the last four years the difference Labour winning can do.”

The former MP for Tooting won the mayoralty in 2016, following on from now-Prime Minister Boris Johnson.

He added: “My focus is on delivering for Londoners and when the campaign begins next year to win the mayoral election, so we can continue improving people’s lives for the better.”

Mr Khan said Mr Corbyn should step away from the leadership “sooner rather than later”, but did not specifically name any potential candidates who would have his support.

Instead, he encouraged the next leader to be reflective about last week’s election results.

He said: “I think any of the candidates who straight away gives an explanation for why we lost, I question their credibility.

“As far as I’m concerned, it’s really important for the next leader of the Labour Party to be a winner.

“We’ve got to start winning general elections, not losing them.

Labour’s general secretary Jennie Formby reportedly wrote to the party’s ruling National Executive Committee recommending the contest starts on January 7, with the view of having a new leader by the end of March.

Who are the favourites for next Labour leader

Betfair Exchange installed Long-Bailey as favourite to win the leadership contest at 9/5, with Nandy priced as 4/1.

Keir Starmer has dropped to 7/1 after being an early favourite for the job, with Angela Rayner priced at 8/1.

READ MORE: Has Boris Johnson hastened the break up of the United Kingdom?