“It fails the British people, it fails my constituents and I have to meet my responsibilities as a member of the British Parliament and vote against it today.” 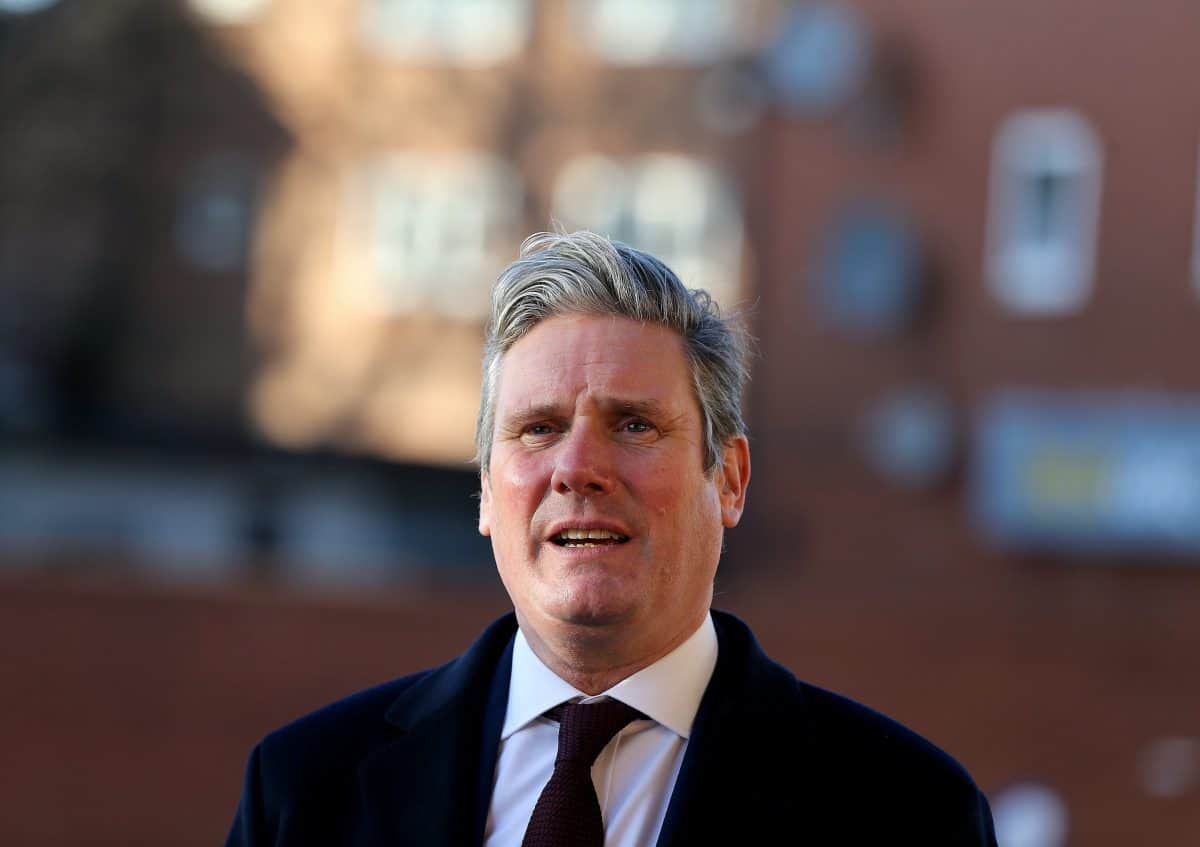 The Labour leader had claimed MPs who opposed the “thin” agreement between the EU and UK were hiding “in the knowledge that others will save you from the consequences”.

He also issued a warning about the repercussions of not supporting the legislation to enact the post-transition period treaty, which was approved by 521 to 73 – majority 448 – in the House of Commons.

A total of 162 of Labour’s 200 MPs supported the European Union (Future Relationship) Bill at third reading, although 36 did not record a vote and Bell Ribeiro-Addy (Streatham) opposed the legislation.

A Labour source said they believed all 36 MPs who did not record a vote had abstained.

Two junior shadow ministers – Helen Hayes and Tonia Antoniazzi – announced they were resigning their posts on the Labour frontbench as a result of not supporting the agreement.

Speaking during the debate, Sir Keir told the Commons that Labour would vote to implement the treaty to “put in place a floor” from which the UK can build a “strong” future relationship with the EU.

He explained the “thin deal” with “many flaws” was better than a no-deal scenario – and there was “no better deal coming in the next 24 hours”.

Sir Keir added: “There’s only one choice today, which is to vote for implementing this deal or to vote for no deal.

“Those that vote no, are voting for no deal.

“This is the nub of it: those voting no today want yes. They want others to save them from their own vote. Voting no, wanting yes, that’s the truth of the situation and that’s why my party has taken a different path.”

Sir Keir said he would have negotiated a “better” deal than Mr Johnson, adding: “When the default is no deal it’s not a mark of how pro-European you are to reject implementing this treaty.

“It isn’t in the national interest to duck a question or to hide in the knowledge that others will save you from the consequences of your own vote.

“And so Labour will vote to implement this treaty today to avoid no deal and to put in place a floor from which we can build a strong future relationship with the EU.”

Sir Keir went on to warn British businesses will face “an avalanche of checks” under the deal, before criticising the SNP for hoping that others do the “right thing” and vote in favour of implementing the treaty.

Kevin Brennan (Cardiff West) was the first Labour backbencher to signal during the debate their intention to rebel, explaining he would not be supporting the deal as it is “a failure”.

He said: “This is a thin deal, it is a failure even on the Government’s own terms, in short it is a bad deal and I won’t be voting for it.”

Labour MP Meg Hillier (Hackney South and Shoreditch) added she could not be complicit in what she described as a “wrecking ball in the name of sovereignty”.

Clive Lewis, Labour MP for Norwich South, also said: “I will play no part in giving this Government a blank cheque to bulldoze through democratic oversight and I will not be voting in support of this legislation.”

Labour former shadow home secretary Diane Abbott stressed her Eurosceptic credentials before saying of the deal: “It fails the British people, it fails my constituents and I have to meet my responsibilities as a member of the British Parliament and vote against it today.”

SNP Westminster leader Ian Blackford said the best deal is the one which currently exists with the UK in the single market and customs union, as he labelled the new arrangement “an act of economic vandalism”.