Campaigners are seeking a judicial review of Ofwat's failure to monitor and take action against water firms discharging sewage. 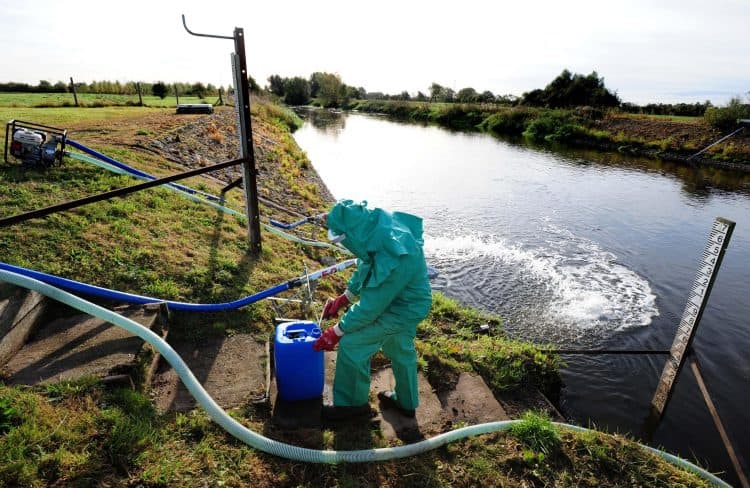 Campaigners have accused Ofwat, the England and Wales water regulator, of unlawfully failing to stop discharging raw sewage into rivers.

Environmental group Wild Justice is seeking a judicial review of Ofwat’s failure to monitor and take action against water firms that discharge raw sewage into waterways.

In documents filed to the high court, Dr Ruth Tingay – the group’s director – said: “We are particularly concerned that a continued lack of action on Ofwat’s part will lead to a collapse in biodiversity, both within rivers and coastal waters, and, as a knock-on effect, in the areas surrounding those waters. This will be disastrous for nature conservation generally and wildlife in particular.”

The legal action is supported by investigations which used environmental information requests and freedom of information laws to reveal that Oft takes no active steps to monitor and enforce its legal duty to stop sewage discharges.

The campaigners say the consequences of raw sewage discharge into waterways are potentially severe, with those whose hobby or profession brings them into contact with infected water – such as surfers, rowers, anglers and wild swimmers – at risk.

Carol Day, of Leigh Day solicitors, representing Wild Justice, told The Guardian: “Our client is bringing this case because it wants action to be taken to protect our waterways.

“Wild Justice is of the view that had Ofwat fulfilled its statutory duty to ensure sewage treatments works are fit for purpose in the 21st century, the widespread and damaging discharge of untreated sewage into our rivers and seas could have been averted.”

It follows an investigation by MPs on the environmental audit committee earlier this year calling for a change in regulatory action by Ofwat and investment by water companies to restore rivers to good ecological health and protect biodiversity.

MPs said: “The water regulator, Ofwat, has hitherto focused on security of water supply and on keeping bills down with insufficient emphasis on facilitating the investment necessary to ensure that the sewerage system in England is fit for the 21st century.”

Just 14 per cent of rivers in England and Wales are in good biological health. There has been no improvement in the state of English rivers since 2016, despite government promises.

Ofwat said: “Ofwat’s focus has always been, and continues to be, ensuring companies act in the interests of customers and the environment. We take our responsibilities on the environment extremely seriously and have consistently pushed companies to do the same.

“While we share Wild Justice’s concern with the potential impact of water companies’ wastewater activities on the environment, their characterisation and understanding of Ofwat’s work is incorrect.

“Where companies fall short, we act – over the last five years, for example, we have imposed penalties and payments of over £250 million. In addition, we have a live investigation into wastewater treatment works which is looking at potential non-compliance in all water and wastewater companies.”