Lammy said Labour is “not afraid” to speak about the “damage the Government’s bad Brexit deal has done to our economy”. 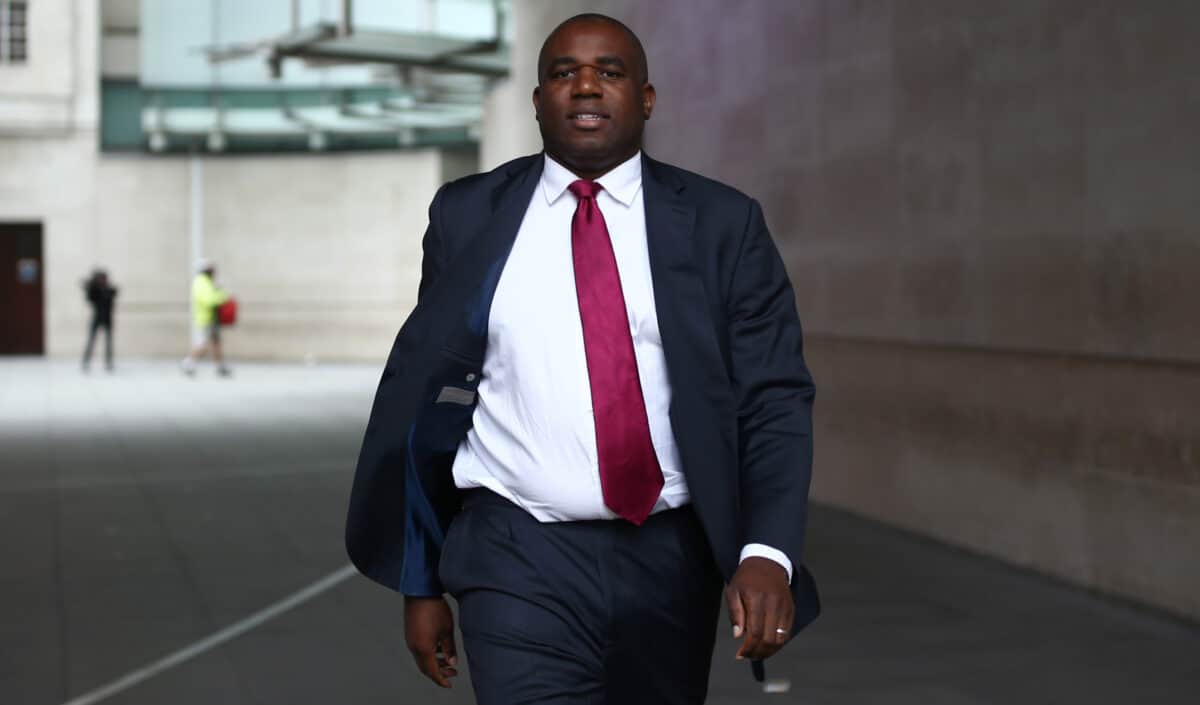 Labour will seek to “fix the Tories’ bad Brexit deal” if voted into power at the next election, the shadow foreign secretary has said.

David Lammy said Britain would “not rejoin” the European Union, the single market or customs union under a Sir Keir Starmer premiership.

But he said the party would take action to reverse the “damage” the current UK-EU trade deal is doing to the British economy, while also restoring European relations.

In a speech at Chatham House in London, Mr Lammy said: “It has been a central principle of British strategy for centuries that we should never find ourselves isolated in our own continent.

“But that is exactly what this Government has done.”

The shadow cabinet minister said Labour is “not afraid” to speak about the “damage the Government’s bad Brexit deal has done to our economy”.

“Investment down, growth sluggish or non-existent, 45% of businesses say they are having difficulties trading with the EU, the number exporting to Europe has fallen by a third.

“In the middle of a cost-of-living crisis, this is a scandal.”

While reuniting with Brussels in political or economic terms would be a “red line” for Labour, Mr Lammy said his party would “aim to fix the Tories’ bad Brexit deal to increase trade with Europe”.

That would involve changing the Northern Ireland Protocol and reducing trade fiction on food, agricultural, medical and veterinary goods, he said.

He also said a 2025 review of the UK-EU trade co-operation agreement (TCA) could be used to “reduce barriers to trade”.

Other ideas for improving cross-Channel relations included “unblocking participation in the Horizon scheme to unleash research and development” and “improving links between our students and universities”.

Mr Lammy faced questions from the audience about Labour’s policy on the EU after the speech, with one attendee accusing him of defending a “hard Brexit”.

However, he defended Labour’s approach, saying the referendum arguments need to be put to bed more than six years on.

He said relations with the EU need to be “normalised” before any further progress can be made, but that Brussels wants to see a united approach in Britain.

Addressing a question which referred to Labour’s Brexit policy as “stupid”, Mr Lammy said: “It is easy to make those assertions but we… shouldn’t revisit the arguments that divided our nation.

“We are determined in office to govern for everybody, not just those who take a particular view.”

Mr Lammy used his 30-minute speech on Tuesday to outline how a future Labour administration would produce a “mission statement” – founded on five goals – for reorienting the Foreign, Commonwealth and Development Office (FCDO).

As well as building stronger relations with Europe, he said the goals are about addressing climate change, dealing with global threats and bolstering international development.

The Tottenham MP vowed that, should Labour win the next general election, the party will restore Britain’s “tarnished” reputation when it comes to respecting the rule of law.

The next national vote is expected before 2025, with polling putting Labour about 20 points ahead of Rishi Sunak’s Conservatives, making Opposition leader Sir Keir – a former director of public prosecutions – the favourite to lead the next administration.

Mr Lammy referred to former prime minister Boris Johnson and the current No 10 incumbent’s fines by police – Mr Sunak was fined last week for failing to wear a seatbelt in a moving vehicle – as examples of where British leadership has fallen short.

“Britain’s record of respect for the rule of law has become tarnished – through the Overseas Operations Bill, the Internal Markets Bill, the Protocol Bill, and two prime ministers fined for breaking the law,” he said.

“This record damages our moral authority and political credibility… It is unbefitting of this great country.

“Britain should be a country that keeps its word.

“And let me tell you, with Keir Starmer – Kings Counsel – as Prime Minister, he would keep his.”

Responding to pre-briefed criticisms from Mr Lammy’s speech, the FCDO said it has acted to support Ukraine in its fight against Russia and helped resettle eligible Afghans following the 2021 Allied withdrawal.

A spokesman for the department said: “We are focusing on promoting our values with a broader range of countries to help them become more resilient against threats, including from climate change, disease and hostile states.”