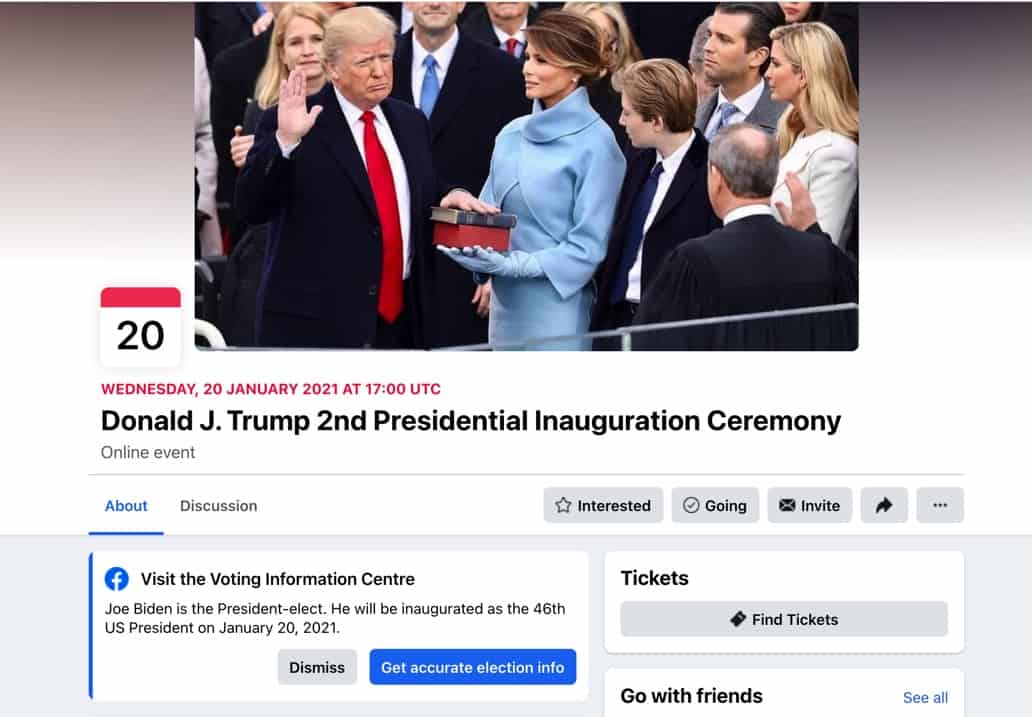 Hundreds of thousands of Donald Trump supporters have signed up to a “second inauguration” event to be held virtually on the day Joe Biden takes his oath of office.

An event called “Donald J Trump 2nd presidential inauguration ceremony” has been set up on Facebook with 325,000 people showing interest in it.

Out of those, more than 60,000 say they are definitely going, many of whom seem spurred on by posts alleging that the 2020 election was rigged.

Evi Kokalari is listed as one of the hosts, an Albanian American who claims George Soros is behind a “globalist plot” which handed victory to Biden in November.

She has previously worked with Steve Bannon and Republican congressmen Lee Zeldin.

It comes as Trump was reported to be considering appointing the far right attorney and conspiracy theorist Sidney Powell as special counsel to investigate allegations of fraud in the election.

The president floated the idea at a contentious White House meeting on Friday, according to The New York Times, which first reported the news.

Trump also reportedly asked about the idea of imposing martial law at the meeting. He later denied doing so in a post on Twitter.