A personal response from writer David Wilson on behalf of the many families like his affected by IDS... 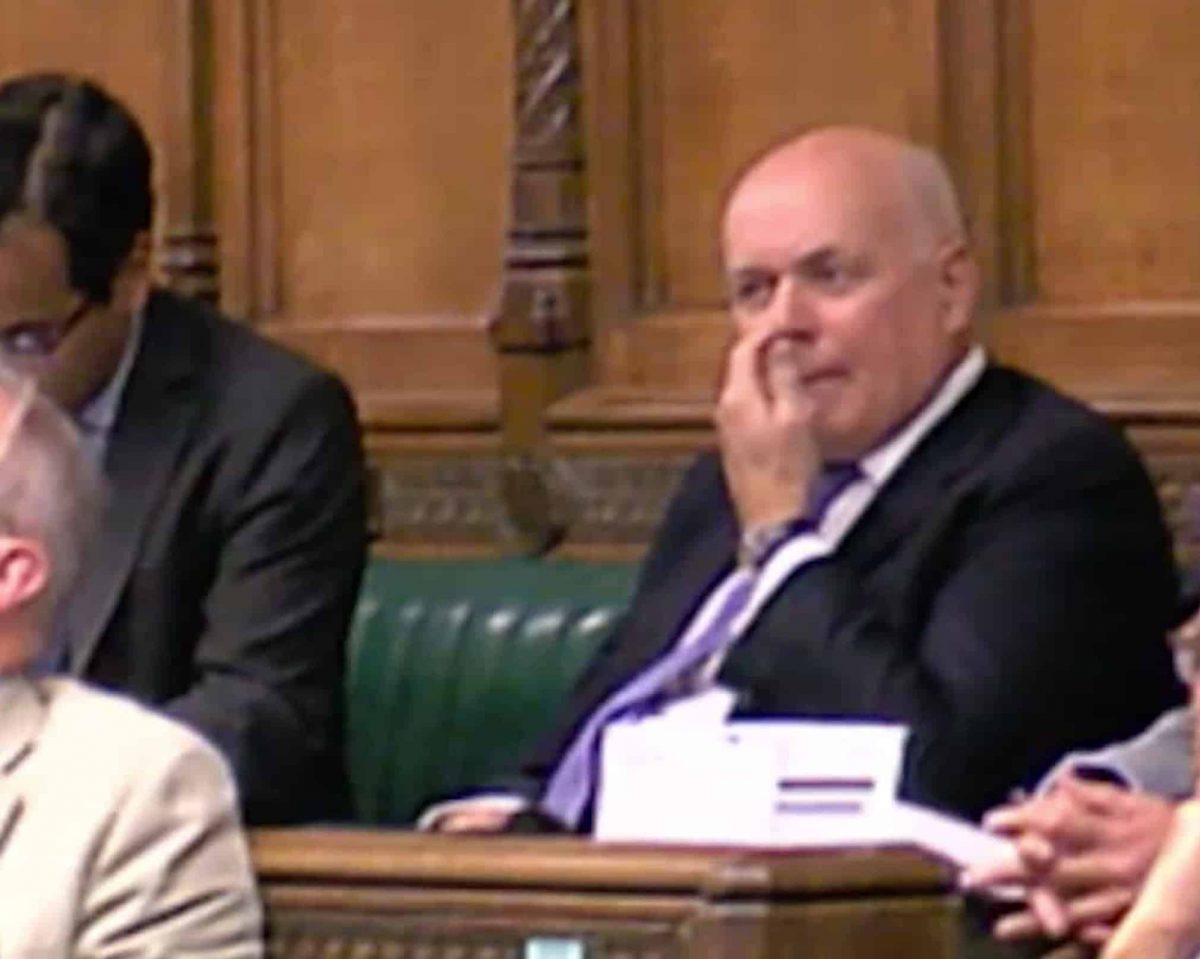 As a result of Iain Duncan Smith’s time as Secretary of State for Work and Pensions the UK became the first country to face a United Nations enquiry into human rights abuses against disabled people – with our government found guilty of “grave and systemic violations of the rights of disabled people”.

Duncan Smith’s introduction of the Work Capability Assessments required those with chronic disability to continuously prove they are deserving of their welfare payments or be stripped of their entitlements. This has been directly linked to depression and anxiety and even to deaths through suicide.

NHS psychiatrist Dr Mona Kamal Ahmed started a petition objecting to the Knighthood for Iain Duncan Smith which has already had over 200,000 signatures, explaining that IDS is “responsible for some of the cruellest, most extreme welfare reforms this country has ever seen”.

Psychiatrist Mona Kamal Ahmed writes: “As a NHS psychiatrist I have sat in A&E departments with people diagnosed with chronic mental illness who have been driven to panic attacks, acute relapses of their depressive illness and suicidal ideation as a result of the anxiety caused by these tests and over the prospect of losing the welfare payments they rely on. This has only intensified with the chaos and uncertainty of Universal Credit, a system known to be causing hardship to millions and for which Iain Duncan Smith is wholly culpable…

“There is no place for these cruel dehumanising measures in any civilised compassionate society, and the fact that Iain Duncan-Smith, the individual responsible and the architect of such misery, is to receive the honour of a knighthood is an insult to the hundreds of thousands of vulnerable individuals across this country who are suffering as a result of his policies and to those who have tragically lost loved ones as a direct result.”

As the father of someone dependent on disability allowances I write this in agreement and with bitter hatred for Duncan Smith.

Aged 46, my son Ben has been disabled since he was six months old after a vaccination precipitated Salaam epilepsy. In hospital, he contracted meningitis and started a life of physical and, more recently courtesy of the DWP, mental hardship.

His eyesight is poor and the right side of his body has atrophied and shortened. When walking he has to use a stick.

After a scan on his right ankle which was causing him discomfort, he was given anti-inflammatories and painkillers.

For 20 years, he received a Disability Living Allowance (DLA) of £80 per week and £108 per week working tax credits, a weekly income of £188. Because his mobility was worsening, he contacted the DWP to request assistance with his housework. He could only stand for a short time without pain.

“Their response was to tell me that my benefits had been assessed and that I would lose them,” explained Ben. “It’s crazy because I have to take five tablets twice a day as I’m in constant pain. As a result, my weekly income fell from £188 to £67. They said I could apply for Personal Independence Payment (PIP) which had replaced DLA. I did so, but my application was rejected. It was a massive blow and left me with a huge shortfall.”

The assessment was carried out by a private firm, Atos, one of two companies (the other is Capita) who between them earn more than £125 million a year from the taxpayers. This doesn’t actually involve any face-to-face assessments and I have been unable to find out whether they even employ any medically-trained staff.

Those resilient enough to continue with their lives and, as with my son, lucky enough to have strong family and friendship support, have been pressing their cases on to a final court-based Tribunal appeal.

Thanks to Ben’s lawyer cousin his tribunal hearing was successful.

What of those who don’t have this support and never reach a tribunal?

Here is a link to Mona Kamal Ahmed’s petition objecting to the Knighthood for Iain Duncan Smith. You might want to join her and sign it.