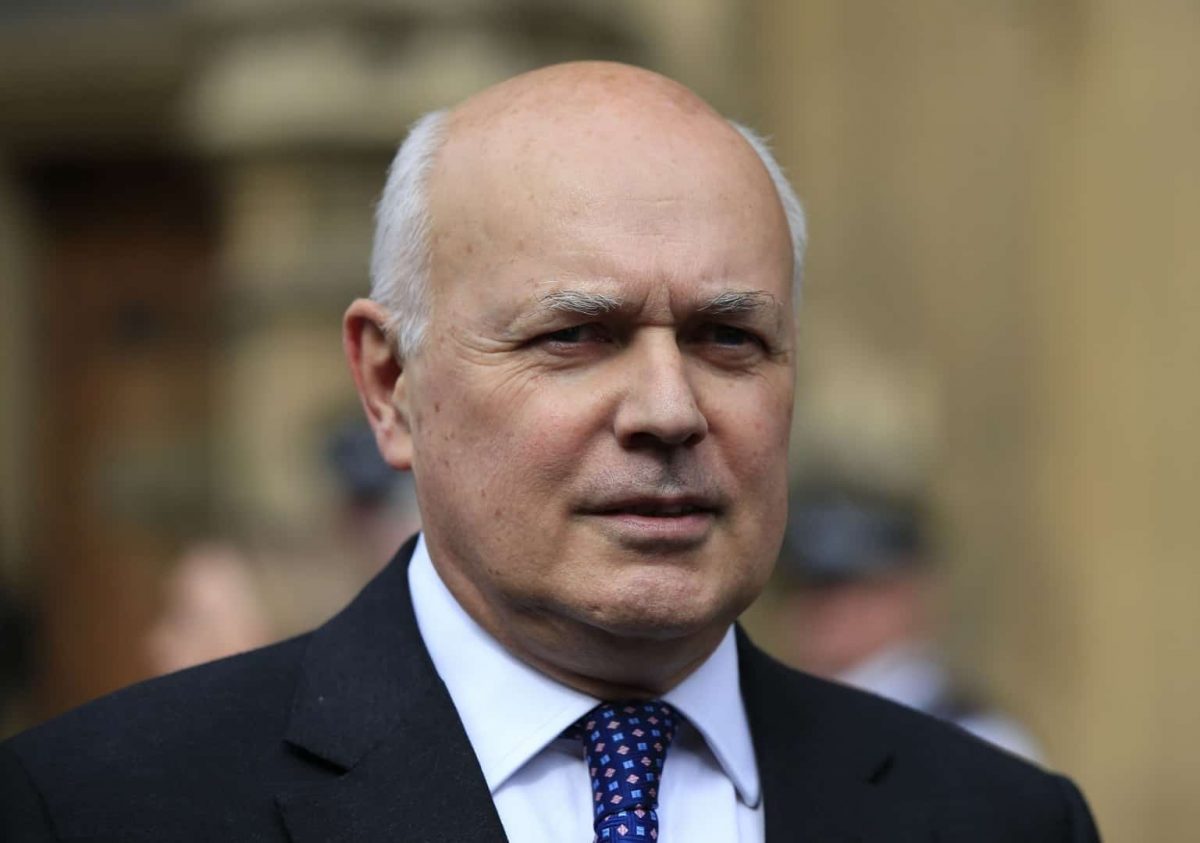 Almost 200,000 people have signed a petition to strip Iain Duncan Smith of his knighthood.

The former Conservative leader was included in the 2020 New Year’s Honour List, but the decision has sparked significant backlash.

As work and pensions secretary under David Cameron, Sir Iain was the architect of the Government’s controversial Universal Credit welfare reforms.

Opposition parties said it “beggared belief” that someone whose policies had caused so much distress should be honoured in this way.

Labour’s Lisa Nandy lambasted the award, tweeting that it was a “disgraceful decision by Boris Johnson to reward a legacy of cruelty and failure”.

“This regime deliberately removed the safety net. It stripped people of their dignity. There is no honour in that.”

The petition, entitled “Iain Duncan-Smith [sic] should not receive a Knighthood“, had received 191,000 signatures by 16:00 on 30th December.

In it, the MP is labelled as “responsible for some of the cruellest most extreme welfare reforms this country has ever seen”.

It was set up by Dr Mona Kamal Ahmed, an NHS psychiatrist who says she has frequently seen people with chronic mental illness experiencing panic attacks, from anxiety caused by the assessments claimants were put through and over potentially losing welfare payments.

Dr Ahmed, who is pictured posing with Labour leader Jeremy Corbyn on her social media, has written about the “callous and humiliating” work capability assessments on the petition website, saying “people with chronic disability are required to continuously prove they are deserving of their welfare payments or else be stripped of their entitlements”.

“They have been directly linked to relapses of depression and anxiety and have even been linked to excess deaths through suicide,” she said.

“As a NHS psychiatrist I have sat in A&E departments with people diagnosed with chronic mental illness who have been driven to panic attacks, acute relapses of their depressive illness and suicidal ideation as a result of the anxiety caused by these tests and over the prospect of losing the welfare payments they rely on.

“This has only intensified with the chaos and uncertainty of Universal Credit, a system known to be causing hardship to millions and for which Iain Duncan-Smith is again wholly culpable.”

Related: Outrage as Brit teen convicted of lying over Cyprus gang-rape after retraction obtained with no lawyer