"We light candles in protest of historic and modern antisemitic decrees," said Netanyahu at a Hanukkah candle-lighting ceremony at the Wailing Wall on Sunday. 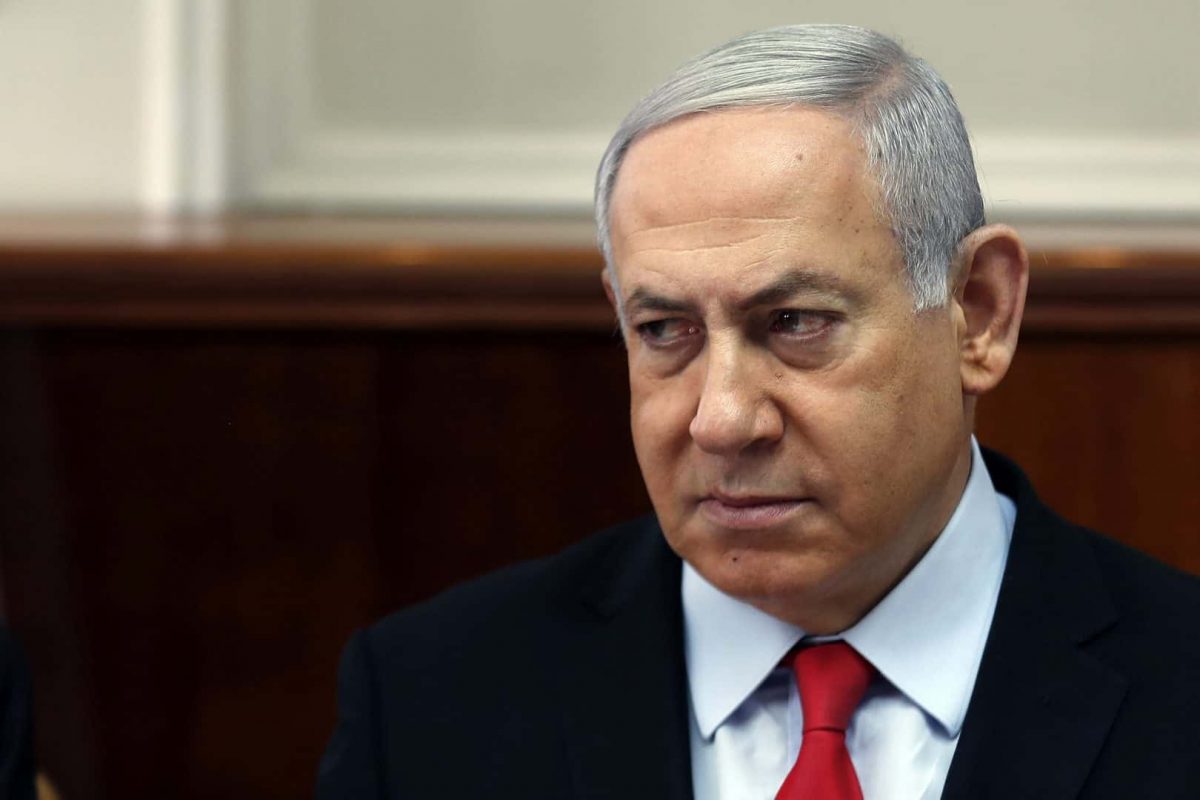 Someone who has done more than most people to make Jews around the world much less safe, has again done his bit for antisemitism by insisting the International Criminal Court’s (ICC) war crimes investigation into atrocities in the West Bank, including East Jerusalem, and the Gaza Strip is antisemitic.

At a ceremonial lighting of candles for the festival of Hanukkah, Benjamin Netanyahu, fighting another election in the face of corruption charges, addressed the world’s media at Judaism’s holiest site.

“New edicts are being cast against the Jewish people: antisemitic edicts by the International Criminal Court telling us that we, the Jews standing here next to this wall … in this city, in this country, have no right to live here and that by doing so, we are committing a war crime: pure antisemitism,” the right wing Likud party leader insisted.

On Friday, the ICC’s chief prosecutor Fatou Bensouda had announced she was ready to proceed with an investigation into war crimes committed in the West Bank, Gaza and East Jerusalem pending the court’s ruling on jurisdiction over those territories.

By conflating the potential war crimes investigation with antisemitism – a form of racism faced by Jews across the world, the Israeli leader makes the word meaningless.

Antisemitism is a real concern for many Jews. And Netanyahu has not helped this. Community monitors in the UK have documented spikes in antisemitism that coincide with the Israeli government’s military actions in the Gaza strip and the worldwide outrage caused by the bloody toll on civilians.

And this is also precisely why Netanyahu now conflating prejudice against Jews with the actions of Israel is itself dangerously antisemitic. By bending the meaning of the word antisemitism to include investigating war crimes when they might involve Netanyahu and his military leaders, Netanyahu risks labelling opponents of war crimes antisemites. Or is it just opponents of war crimes perpetrated by his administration? Either way it makes the word meaningless, whips up hysteria and helps create a great big grey area that actual antisemites can operate in under the guise of attacking Netanyahu’s corrosive influence.

The inflammatory speech is akin to much divisive messaging by the Israeli Prime Minister throughout his election campaigns this year. A divided Israel faces its third election now in 12 months to try to find a majority various political factions can coalesce around as scandal-plagued Benjamin Netanyahu fights to save his political career.

Netanyahu has been indicted meanwhile on a series of corruption charges.

Is Netanyahu likely to appear before the ICC war crimes probe?

And the probe of alleged war crimes in the Occupied territories, Palestinian Aurthority-run areas and Hamas-run Gaza Strip is perhaps a welcome distraction for Netanyahu to rail against.

Hence his use of the Jewish holiday of Haunukkah to bizarrely conflate potential legitimate criticism of the actions of the Israeli government – plus Palestinian authorities who may be investigated too by the ICC, depending who is deemed responsible – with antisemitism.

The scandal-ridden Israeli PM also drew a comparison between the Hague probe and the Syrian Emperor Antiochus suppressing Judaism in his empire 2,000 years earlier after which the Jewish Maccabean rebellion reclaimed Judaism’s holiest site on Temple Mount – a victory celebrated by Jews at Hanukkah.

“We light candles in protest of historic and modern antisemitic decrees,” said Netanyahu at a Hanukkah candle-lighting ceremony at the site on Sunday.

“Just like we fought against antisemitic decrees 2,000 years ago, we have now learned of new decrees against the Jewish people brought by the International Criminal Court, that told us we have no right to live here,” Netanyahu said, vowing: “We will not bow our heads, we will fight with every means at our disposal.”

If the investigation were allowed to proceed, the Israeli Prime Minister, former and current defence ministers and army chiefs could all end up in the dock in The Hague, accused of war crimes.

But the Israeli government is expected to only offer minimal cooperation while arguing that, since unlike most of the world including the Palestinian Authority, Israel never ratified the Rome Convention, it does not recognise the ICC’s authority. The Israeli government will also likely question Palestinians’ ability to appeal to the war crimes court when they do not have a state.

US President Donald Trump blocked an earlier bid by the same prosecutor to investigate American war crimes in Afghanistan by threatening to sanction the ICC.

The Israeli government is likely to also call on the US, UK and other countries who may share some of its concerns over the Hague court using its jurisdiction to investigate Israel’s actions.