“This is America’s day. This is democracy’s day. A day in history and hope, of renewal and resolve," Biden said. 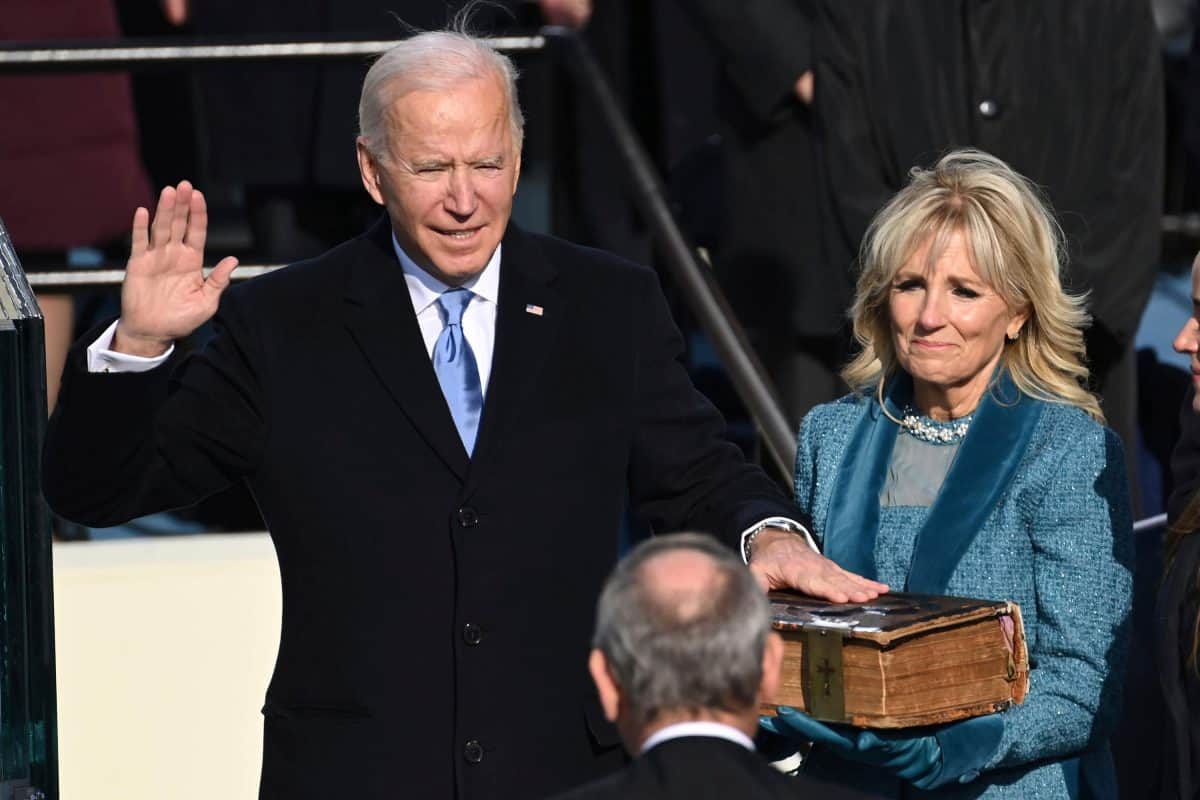 Joe Biden declared that “democracy has prevailed” after he was sworn in as the 46th president of the United States.

Mr Biden’s inauguration came at a time of national tumult and uncertainty at a US Capitol battered by an insurrectionist siege just two weeks ago.

The president then turned to challenges ahead, acknowledging the surging coronavirus virus that has claimed more than 400,000 lives in the United States. Flouting tradition, Donald Trump departed Washington on Wednesday morning ahead of the inauguration rather than accompany his successor to the Capitol.

Though three other former presidents — Bill Clinton, George W Bush and Barack Obama — gathered to watch the ceremonial transfer of power, Mr Trump, awaiting his second impeachment trial, instead flew to Florida after stoking grievance among his supporters with the lie that Mr Biden’s win was illegitimate.

More history was made at his side, as Kamala Harris became the first woman to be vice president.

The former US senator from California is also the first black person and the first person of South Asian descent elected to the vice presidency and will become the highest-ranking woman ever to serve in government.

Mr Trump did adhere to one tradition and left a note for Mr Biden in the Oval Office, according to the White House, which did not release its contents. And Mr Trump, in his farewell remarks, hinted at a political return, saying: “We will be back in some form.”

And he, without question, will shadow Mr Biden’s first days in office.

Mr Trump’s second impeachment trial could start as early as this week. That could test the ability of the Senate, poised to come under Democratic control, to balance impeachment proceedings with confirmation hearings and votes on Mr Biden’s cabinet choices.