The party has been beset by problems since winning by a landslide in 2019, but their popularity has hardly waned – here’s why. 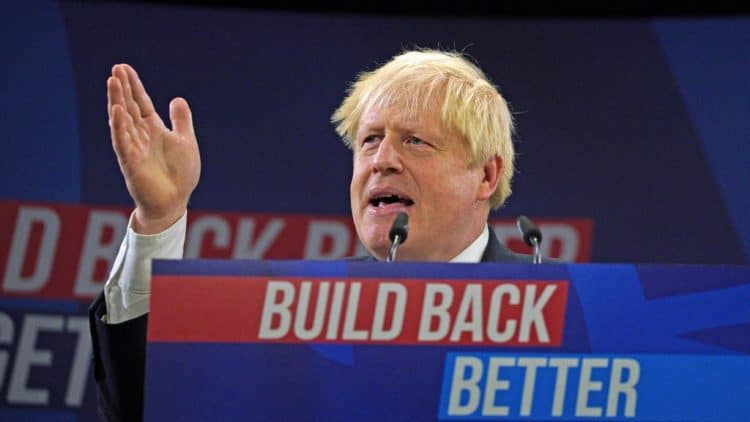 There is a running joke on social media that no matter how badly the Conservatives mess up, the polls will remain steadfastly unmoved.

For most administrations in recent history a small slump in ratings is practically written into the UK’s political playbook, usually occurring after election fever has dwindled and the hard decisions have to be made.

But under Boris Johnson, that has not been so.

Ahead of the 2019 general election the Conservatives were polling at 44 per cent. Today, they’re polling at 40 per cent, and have been for some time.

For most of us, that beggars belief.

This week it was reported that one in 55 people now have Covid in England, with more than 50,000 cases reported on Thursday for the first time in three months.

So inept has the government’s response to the pandemic been that other world leaders are now using it as an example of what not to do, with Mario Draghi singling out Britain’s handling of the pandemic as one of recklessness and mismanagement.

It has been a familiar story throughout the pandemic and, indeed, through the Conservative’s time in office.

But however badly Covid has affected the country, Brexit has compounded it and made it ten times worse.

Petrol shortages, food shortages, gas shortages and staff shortages. Tens of thousands of animals slaughtered, the care sector on its knees and political stability in Northern Ireland on the line – all so, in the words of Jonathan Lis, the PM could end the migration rights of Polish plumbers.

And if that wasn’t enough, the party has been riddled with scandals, suffering more ‘gates’ than most administrations would hope to deal with in a generation.

The news broke as it was revealed frontline health workers were to be handed a paltry 1 per cent pay rise despite shouldering the brunt of the pandemic.

Elsewhere, Robert Jenrick was caught out after he green-lighted a property development for mogul Richard Desmond on the back of a £12,000 to the Conservative Party, and Matt Hancock was caught kissing one of his aides in his office in the middle of a pandemic, as health secretary.

Why are people sticking with them?

Which all begs the question, why are people sticking with them?

Well, all was revealed in a Guardian poll published this week, which showed that despite the wheels coming off the Brexit bus, divisions in UK society are as entrenched as ever.

Nine in 10 of leave and remain voters said they would vote the same way again, it found, with leave voters showing a surge in support for the UK political system.

It goes to show that voters aren’t tied to Boris Johnson or the Conservative Party at all. They are actually tied to an ideology that, no matter what, they have been primed to resolutely believe in.