From the newsletter: Global action alone can't fix the climate crisis. It's time to look local. 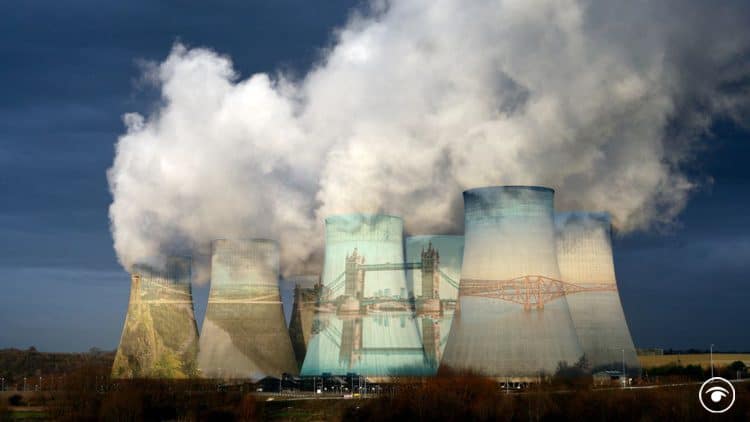 Let’s start with the positives: it isn’t terrible. For Tim Lord, net zero wonk at the Tony Blair Institute, it gives the UK claim to “the most comprehensive, whole-economy net zero strategy in the world”. It aims to create 440,000 jobs and “unlock” £90 billion in investment – mostly from the private sector – over the next decade. Cash will be ploughed into electric cars, offshore wind farms, new technologies like hydrogen and sustainable aviation fuel – and a new nuclear power station. Johnson says it means the UK will be able to meet its climate goals “without so much as a hair shirt in sight”. The man simply loves to have his cake and eat it.

Still, the strategy gives Johnson enough leeway to wangle his green credentials in the face of world leaders when they descend on Glasgow for COP26 in less than two weeks. Except Xi Jinping – the president of the country with all the emissions – and Vladimir Putin – the president of the country with all the oil and gas – aren’t going to be there. Already, there is a ceiling on what the Glasgow conclave can achieve. And really, that ceiling would be pretty low regardless of which dignitaries turn up.

The climate crisis undoubtedly requires a multilateral, international response – no one country can save the planet. Global cooperation can yield results, and the Paris Agreement is laudable in its scale. But the ongoing failure of countries to meet its demands, and their continuing determination to water down its ambition, highlights the problem with COPs past, present and future. They go insufficiently far and aren’t binding enough to force governments to act.

But if global action is like herding cats, then placing the onus on individuals to self-regulate and lead greener lives is like pissing in the wind. The climate emergency is huge and all-encompassing. An ordinary citizen determined to fight the good fight can be forgiven for feeling powerless. Instead, the answer might lie somewhere in between. Climate change is a global problem, but it is also a profoundly local one. Different places have different levels of emissions and will be impacted by a changing climate in different ways. The priorities of somewhere like Worcester, vulnerable to devastating flooding, are different from London, where extreme heat and air pollution are bigger threats.

We are all looking at this problem through different lenses, governed by fears more visceral to some than others. Shouldn’t policy-making be responsive to the many patchworks at play? Yes, according to think-tank New Local, which recommends “focussing on what climate change means for specific places and groups of people” – a shift in perspective which might puncture the fatalism in which environmentalism is often shrouded and give people something tangible to grab hold of.

Local action, researchers argue, is naturally responsive to communities’ lived conditions – and can be flexible as those conditions change. It has an inherent legitimacy with local people, too. Take Anne Hidalgo, the mayor of Paris, whose comprehensive Climate Action Plan evolved from a three-month public consultation – and was then endorsed by 95 per cent of people taking part in a citizens’ vote to secure a mandate for ideas like turning the Champs-Élysées into a huge garden and banning most vehicles from the city centre.

But for any of that to actually work, local authorities would need to be given two things sorely lacking in Britain, which remains among the most centralised countries in Europe: money and power. And for all our government’s ‘levelling up’ rhetoric, there’s still little indication that either will find their way to the mayors, councils and communities who might turn the tide.