Championing continuity under the guise of a northern accent is to ignore the very people that reluctantly abandoned the party. 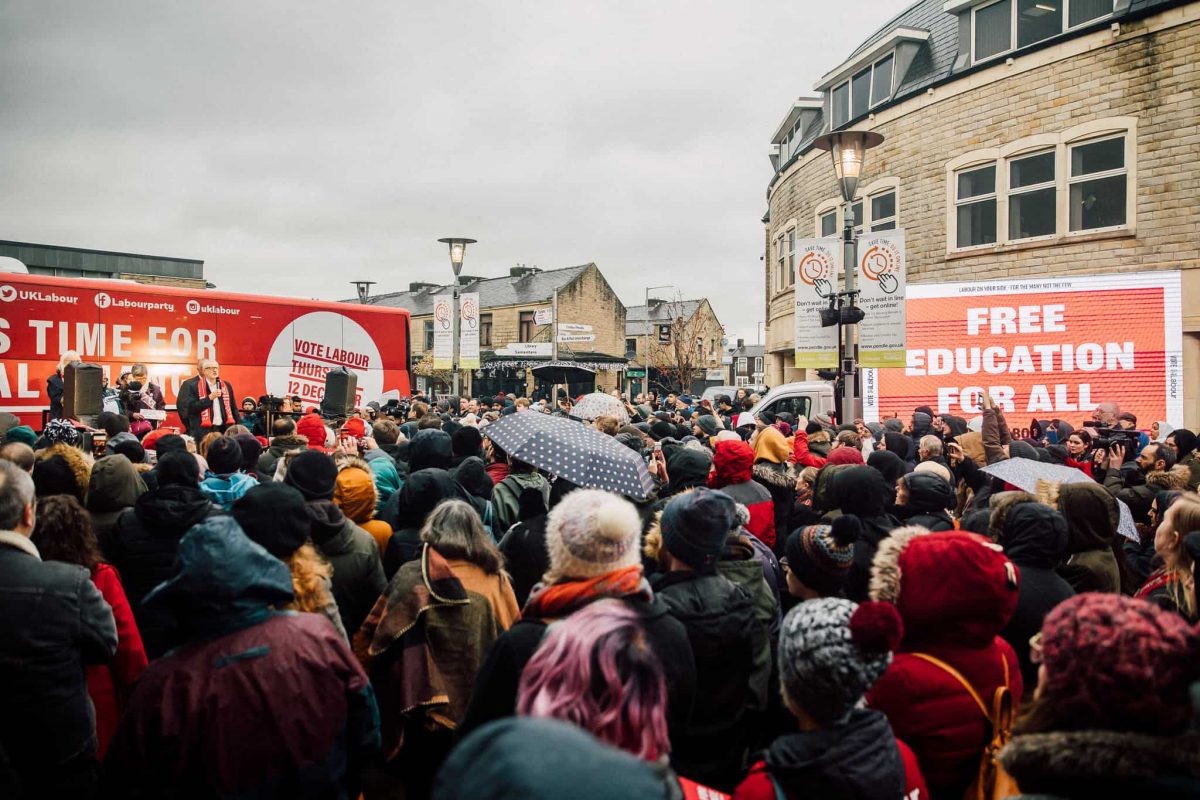 In the wake of the British General election, all eyes have turned to the collapse of the “Red Wall” in the north. Whilst the Conservative government begin to lay out their legislative agenda in parliament, debate and discourse instead has focused on how the Labour party can recover from its worst electoral defeat in modern memory. Frontrunners from Rebecca Long-Bailey to Keir Starmer have emerged, looking to provide a solution to the key question facing Labour: How to turn a party of defeat into  party of opposition, and ultimately into one of future governance.

The December election undoubtedly changed the face of the British political landscape. Boris Johnson, on the promise to “Get Brexit Done”, won a majority of 368 seats and 43.2 per cent of the national vote share. Most significantly, the key swing was in seats that had previously been Labour heartlands; capitalising on Brexit disaffection and a desire for regional investment. Most notably, seats such as Blythe valley, a seat that had only elected Labour representatives since its formation in 1950, swung to the Conservatives for the first time.

Many in the capital seem to have responded with shock to the collapse of the “Red Wall”. Voters considered to come from the traditional working classes, a demographic Labour typically held a near monopoly over, flocked across the nation to support a party that has already reneged on its promises to protect workers’ rights. Yet this is hardly surprising. Labour, seemingly unwilling to listen to the angst of regional voters over Brexit and political deadlock, seemed to throw investment at the Red Wall in the hope some of it would stick.  Corbyn himself, despite attempts to champion the interests of the “working class” failed to resonate with the voter base itself; many of whom attribute the leader himself as the reason they could not vote Labour.

How to transform Labour

Nonetheless, the election has happened. The Red wall has fallen. The Labour party has lost – how best, now, to transform it into an opposition that the public can return their faith to?

In order to regain the trust of voters in the North, Labour needs to create a party image, built on strong policy and appealing leadership, that resonates with these voters. The popular narrative is that the disaffected regional voter, who in their swathes fled the Labour party to hand Johnson his parliamentary majority, is alienated from a London-centric and remain-leaning left-wing movement championed by Corbyn. Voters from Blythe Valley to the Midlands are, according to many, unable to resonate with a party that does not address the issues and voices of the North; that does not raise the concerns and grievances that the working classes feel; that simply does not represent them.

The solution?  According to the incumbent leadership – continuity with a “northern” accent.

This narrative is itself undoubtedly reductionist. It casts the British voter as one unable to identify with Labour due to their outward appearance; that the sound of their voice takes precedent over their policy and performance. Certainly, there is an argument to be made that regional disaffection from Corbyn was due to his inability to appeal to constituencies in the North and Midlands; but by no means was this due solely to his North London heritage. Corbyn himself was unable to overcome the shackles of his alleged preference to the IRA rather than the British military; ineffectual in providing a manifesto that promised clear and viable benefits to the aspirations of the British people; shortsighted in his banking on a youth movement above listening to the interests of the regions.

Championing continuity under the guise of a Mancunian accent

To attempt to bring such disaffected voters back into the Labour fold by championing continuity, under the guise of a Yorkshire or Mancunian accent, is almost to ignore the very people that somewhat reluctantly abandoned the party. Post-Brexit, Britain is trapped in a time of increasing political uncertainty and political engagement, as the British public remains unclear on the future direction of the country, their livelihoods and the future of their national identity itself. As a product of years of Conservative imposed austerity measures, the decline in British industry and a perception of imbalanced representation between the North and South of the nation, many in Britain now face falling living standards, opportunity and a lack of trust in Westminster. They desperately need their voices heard.

They do not view the Corbyn project as the vehicle for this. Regardless of whether due to the leadership of Corbyn himself, lack of trust in the viability of the manifesto, or a desire to truly “Get Brexit Done”; Corbynism does not appeal to the political desires of large swathes of the electorate. Continuity in the face of such defeat, simply by replacing the figurehead of Corbynism whilst retaining the same principles and rhetoric, will lead to a further collapse in faith from the British electorate, regardless of the accent it is conveyed in. You need only speak to voters from these constituencies to understand that, in their eyes, Corbynism doesn’t work for them.

An alternative strategy for rebuilding the party is on offer. With the inevitable passing of the withdrawal agreement legislation, Brexit will, in one fashion or another, “get done”. The next decade may therefore be dominated by issues unrelated to the European Union; from addressing the strains on healthcare to the strains on the legal system, from the future of the United Kingdom to the future of our very democratic system itself. A leader who can not only represent the broad church of the party, but champion the voice of the British people in all parts of the country, can capitalize on the potential to bring together a fragmented and divided nation; to win back the trust of voters who did not feel the Corbyn project represented them; to champion the voices of the British people and hold the government to account.

This last point was perhaps most overlooked in the election, and almost certainly key to the coming decade. It may have been the “Brexit election”, but Britain now faces five years of governance by a party who made simple promises that appealed to a frustrated electorate. The Conservative party campaigned on the promise to “Get Brexit Done”; their parliamentary majority ensures that is now a political certainty. However, their wider manifesto garnered scrutiny on its factual accuracy. On healthcare, Conservative promises were factually inaccurate, with their promise of constructing forty new hospitals proved only to be constructing six, and their method for the delivery of 50,000 new nurses proved to attract 31,000 at best. On the rule of law, the Conservatives offered grandiose promises of stronger law enforcement and swifter justice, doing nothing to address the crisis level strain that a decade of underfunding has placed on the legal system.

Once the dust of the Brexit battle has settled, the Johnson premiership will undoubtedly be characterised by a pattern of controversy and disaffection that the opposition must capitalise upon. As the Government seeks to invest in the British economy, the people of Britain demand a party that will ensure their economic interests are heard across the nation. As the Government seeks to deliver their vision of a tougher criminal justice system, the people of Britain require opposition that will highlight the increasing strain and collapse of the legal system. As the vague and mathematically questionable promises of solving the NHS crisis comes into clarity, the nation demands opposition that will ensure it most benefits the people above private capital interests.

The British people do not need a political project led by someone who sounds like them; they require a political project and a party that speaks on their behalf.  From Carlisle to Cornwall, they demand a leader of the opposition that makes their voices heard. The accent in which the government is held to account is irrelevant.