Britain is set for decades of been overworked and underpaid as a perfect storm of stagnant wage growth and low-paid work meets inflationary pressures in the most pronounced real income squeeze of our generation. Although the Tories will most likely be celebrating the latest employment figures showing flat unemployment the self-proclaimed jammy diagnosis that has […] 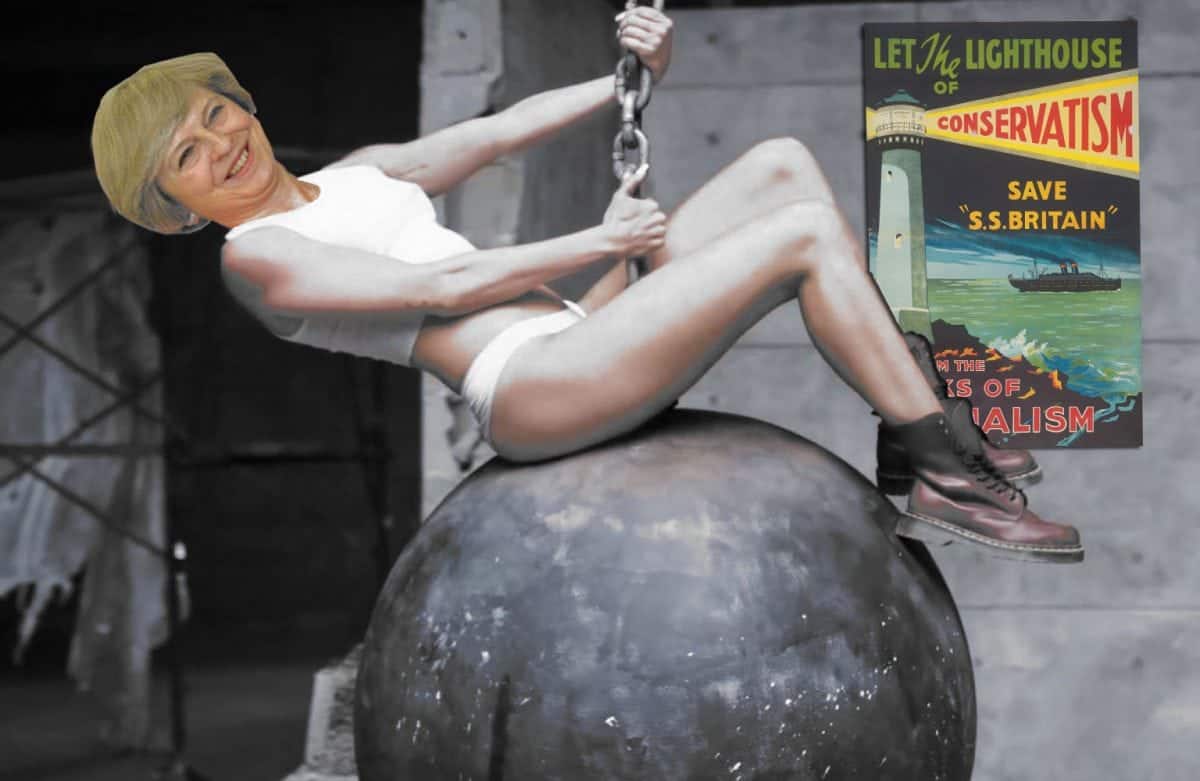 Britain is set for decades of been overworked and underpaid as a perfect storm of stagnant wage growth and low-paid work meets inflationary pressures in the most pronounced real income squeeze of our generation.

Although the Tories will most likely be celebrating the latest employment figures showing flat unemployment the self-proclaimed jammy diagnosis that has come to caption their time in office is the number of people who are working hard but struggling to manage.

Ever since George Osborne shocked the World with healthy employment rates in a period of economic downturn the one persistent and often overlooked caveat is that people are actually becoming worse off in work. Wage growth was down again last month and for the first time in history pensioner household incomes have overtaken the incomes of working age households.

As corporations such as Amazon manage to wangle reduced corporation tax rates on their already meagre payments their own workers camp outside warehouses unable to afford soaring rental costs on their basic pay. Sure they employ in excess of 15,000 people, but our question to the Tories must be:

Employment at what cost?

New research by the Joseph Rowntree Foundation (JRF) has revealed nearly a third of the population of Britain are living on an “inadequate” income, with some 19 million people falling below the Minimum Income Standard (MIS).

The cause is a vicious cocktail of rising household costs and stagnant incomes, with the group calling on Prime Minister Theresa May to implement “targeted action” to raise incomes.

But the problem is likely to get much worse before it gets better. Sharp price rises are in the offing as the risk management strategies corporations used to hedge against the aftereffects of Brexit are due to expire. Everyday items are set to increase in cost met with the rising cost of fuel and food that resulted in January seeing the highest level of inflation since June 2014.

That would be fine if British workers had access to secure and well-paid jobs, but that simply isn’t the case. If anything, it is going the other way. The “gig economy” is increasingly prevalent and the number of workers employed on zero hours contracts is set to top one million in an “explosion of discounted staff on the cheap”.

Even those in ‘secure’ professions are feeling the pinch. British Airways workers are set to walk out on strike again because of the “poverty wages” been paid to cabin crew – shameful for a company that is forecasting annual profits in the region of £2.3 billion. TopShop warehouse workers also recently announced strikes and given the number of other multinational corporations keeping our workers in Victorian workhouse conditions you’d like to think we’ll see more of the same soon – *ahem Sports Direct*.

Rising prices and falling real incomes in 21st century Britain will inevitably lead to one thing; spiralling debt and the imminent prospect of a financial collapse. As I wrote in this article the greatest trick the devil ever pulled was to convince people he wasn’t real. As all of this happens the Tories’ approval rating continues to soar – that is the greatest crime.