BA workers walked out on strike today in pursuit of higher pay for members of the so-called “mixed fleet” who are being paid “poverty wages” according to the union. According to Unite salaries for mixed fleet staff start at a lowly £12,000, despite the parent company of British Airways forecasting annual profits in the region of £2.3 billion. Some […] 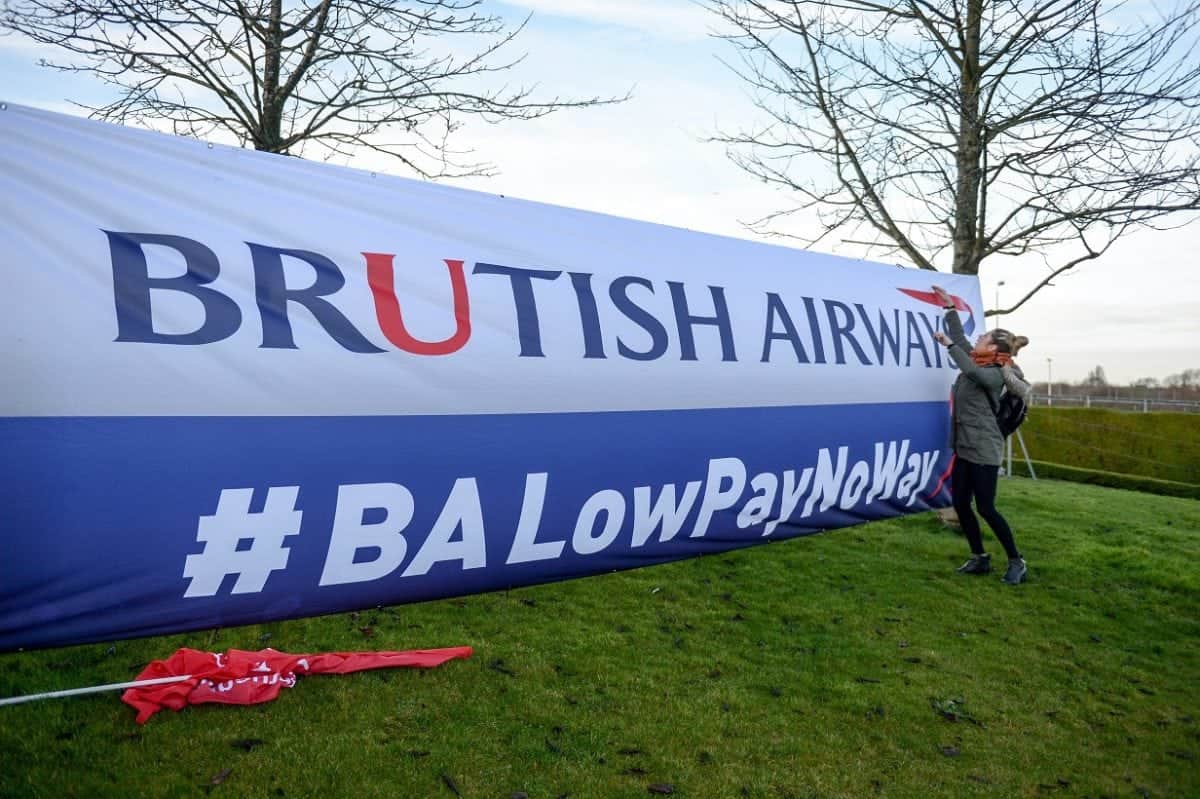 British Airways cabin crew during their 48-hour strike at Heathrow Airport, London, 10 January 2017. Cabin crew have walked out in a row over pay, although the airline said its customers will be able to fly to their destinations. A small number of Heathrow flights will be "merged", but BA said all flights to and from Gatwick and London City airports will operate as normal. Thousands of BA cabin crew voted overwhelmingly in favour of strike action last month, with Unite claiming the so-called 'Mixed Fleet' earn less than other staff. The strike planned for Christmas Day and Boxing Day was subsequently suspended, before a new 48-hour strike was announced after cabin crew rejected a new offer aimed at resolving the dispute. Unite said over 800 cabin crew from British Airways' so-called "mixed fleet" had joined the union since the start of the dispute, taking its membership to over 2,900.

BA workers walked out on strike today in pursuit of higher pay for members of the so-called “mixed fleet” who are being paid “poverty wages” according to the union.

According to Unite salaries for mixed fleet staff start at a lowly £12,000, despite the parent company of British Airways forecasting annual profits in the region of £2.3 billion.

Some members of staff are reportedly doing two to three jobs on their days off to make ends meet, or sleeping in their cars between shifts because they can’t afford the petrol to drive home.

A Unite survey also revealed two-thirds of respondents admitted to going to work unfit to fly because they could not afford to be off sick, while a massive 84 per cent said they had experienced stress and depression due to their financial circumstances. A spokesman for the union, Oliver Richardson, said: “The ‘mixed fleet’ cabin crew are at breaking point over pay levels which are forcing many of them to take a second job or turn up to work unfit to fly.

“With the parent company of British Airways forecasting annual profits in the region of £2.3bn, it’s clear that the UK’s national carrier can pay the people who keep us safe while we fly a decent wage.”

BA has refused to increase its pay offer further in the face of the impending union action. A pay rise of 2% in the first year, and 2.5% in years two and three, was rejected by a vote of 7-1 among Unite members, after it was tabled shortly before Christmas.

The union said that that increase would have left staff only £20 a month better off after tax.