Blockbuster profits for squalid working conditions; that is the face of modern capitalism after pictures emerged of Amazon staff living in tents in freezing conditions close to one of its distribution centres. How is it, I ask, that a multi-billion pound company who pay a pitiful amount of tax are able to get away with also paying […] 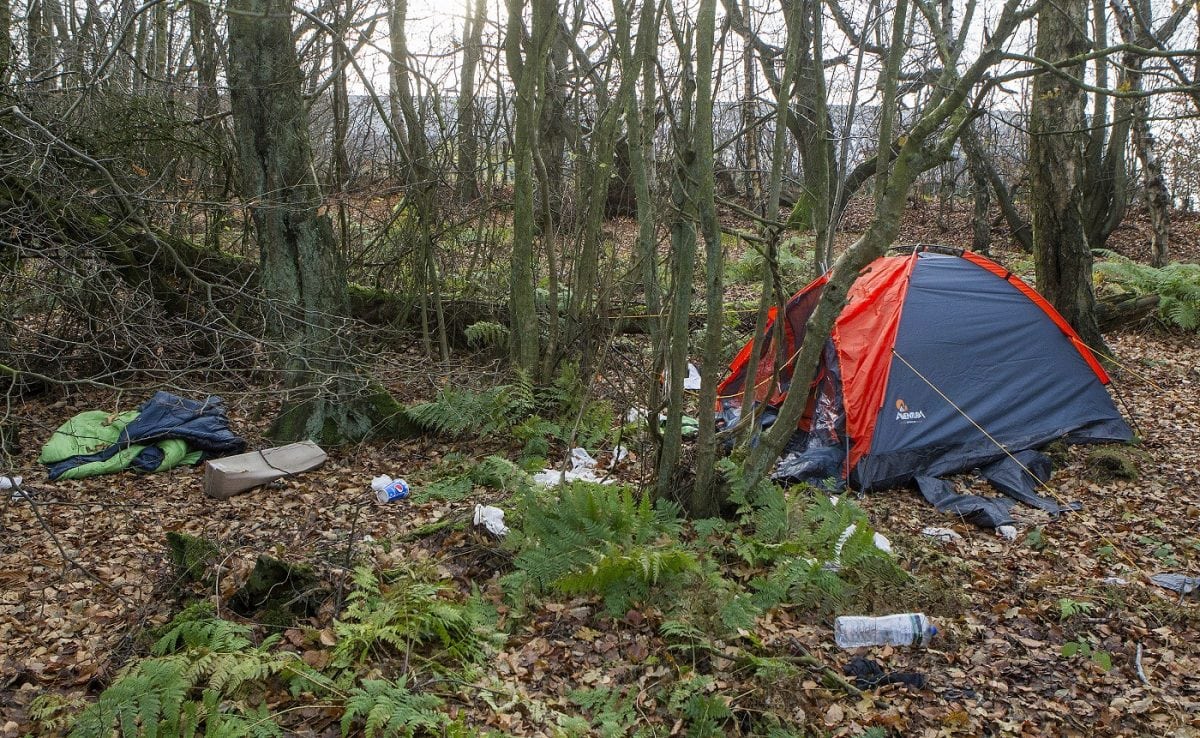 A shift worker at Amazon Dunfermline has pitched up a tent in woods next to the depot. Web retailer Amazon has come under fire after it emerged that some staff are living in tents in freezing conditions close to its distribution centre.

Blockbuster profits for squalid working conditions; that is the face of modern capitalism after pictures emerged of Amazon staff living in tents in freezing conditions close to one of its distribution centres.

How is it, I ask, that a multi-billion pound company who pay a pitiful amount of tax are able to get away with also paying wages so low that people struggle to cover basic living costs? With in-work poverty becoming rife and social care being cut back at a dramatic rate we are seeing a system unfold that crushes workers on two fronts.

The face of modern capitalism is a multinational that pays a pittance while simultaneously giving nothing back to society to ensure a safety net is in place. According to reports from Dunfermline, Fife, at least three tents have been spotted in woodland next to the online retailer’s giant distribution depot, where weather conditions often slip below freezing. A worker said to be staying in a tent claimed the firm was a “poor employer” and criticised its working practices. He also said staying in a tent was easier and cheaper than commuting from Perth.

Scottish Liberal Democrat leader Willie Rennie has criticised Amazon, saying they “should be ashamed that they pay their workers so little that they have to camp out in the dead of winter to make ends meet. Amazon need to take a long, hard look at themselves and change their ways.

“They pay a small amount of tax and received millions of pounds from the SNP Government so the least they should do is pay the proper living wage.

“The fares the company charge for transport swallow up a lot of the weekly wage which is forcing people to seek ever more desperate ways of making work pay.”