They will get guaranteed earnings, holiday pay and pensions following a landmark legal battle.

by Jack Peat
in Business and Economics, News 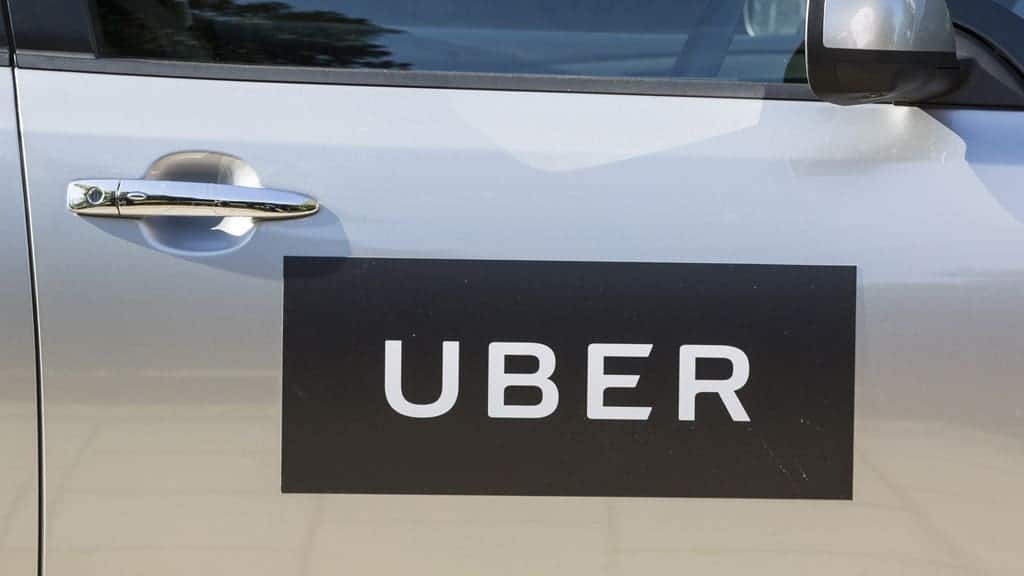 Uber drivers in the UK are to get a guaranteed minimum wage, holiday pay and pensions.

More than 70,000 drivers, who are now to be treated as workers under UK employment law, will be in line for the benefits – which are set to take effect from Wednesday.

Jamie Heywood, Uber’s regional general manager for Northern and Eastern Europe, described it as “an important day” for drivers in the UK,  while trade unions bosses said “Uber had to be dragged kicking and screaming to do the right thing” after a long-running legal battle.

It comes a month after the Uber firm lost a legal battle in the UK, begun in 2016, over drivers’ status.

Drivers said they were workers whereas Uber operating companies said drivers were contractors, not workers.

From tomorrow, all 70,000 Uber drivers will be paid holiday time, be automatically enrolled into a pension plan and will earn at least the minimum wage.

This is a big win for GMB and our members.https://t.co/ycp7kO5Bro

The Supreme Court ruling defined Uber drivers as workers, prompting lawyers to say it meant they would be entitled to workers’ rights such as holiday pay and compensation for lost pay.

Uber, which was launched in the UK in 2012, said its drivers will now earn at least the national living wage after accepting a trip request and after expenses.

All drivers will receive holiday time based on 12.07 per cent of their earnings, which will be paid out on a fortnightly basis.

They will be automatically enrolled in a pension scheme.

The drivers have been told of their new rights.

Uber reportedly told the BBC it did not expect the change to result in higher fares.

London Uber drivers Yaseen Aslam and James Farrar originally brought claims against the firm, and were “test claimants” in the Supreme Court fight.

“A day late and a dollar short”

They welcomed Uber’s decision over pay and conditions, but said the firm had “arrived to the table with this offer a day late and a dollar short, literally”.

In a joint statement, they said: “The Supreme Court ruled that drivers are to be recognised as workers with entitlements to the minimum wage and holiday pay to accrue on working time from log on to log off, whereas Uber is committing only to these entitlements to accrue from time of trip acceptance to drop off.

“This means that Uber drivers will be still short-changed to the tune of 40-50%. Also, it is not acceptable for Uber to unilaterally decide the driver expense base in calculating minimum wage. This must be subject to collective agreement.”

Uber operating companies had appealed to the Supreme Court after losing three earlier rounds of the legal fight.

GMB, the union for Uber drivers, says the company has finally done the right thing.

It's taken half a decade to get here.

But from tomorrow Uber drivers are workers.

Other gig economy companies should take note – this is the end of the road for bogus self employment. pic.twitter.com/JewhHtKxgH

Mick Rix, GMB national officer, said: “Uber had to be dragged kicking and screaming to do the right thing, but finally they’ve agreed to follow the ruling of the courts and treat their drivers as workers.”

He added: “GMB has consistently said we are willing to speak face to face to Uber about its treatment of drivers  – our door remains open.

“Other gig economy companies should take note – this is the end of the road for bogus self employment.”

TUC general secretary Frances O’Grady said it would “check the small print of this offer”, which it feels is “a big step in the right direction” from Uber.

She said that gig economy workers deserve to be treated with “dignity at work, and to be given the same basic rights as everybody else”.

He also claimed that drivers had yet to be properly compensated by Uber for its failure to provide paid holiday and the national minimum wage.

Mr Heywood said: “Uber drivers will receive an earnings guarantee, holiday pay and a pension, and will retain the flexibility they currently value.

“Uber is just one part of a larger private-hire industry, so we hope that all other operators will join us in improving the quality of work for these important workers who are an essential part of our everyday lives.”

Related: Dominic Raab credited for ‘epic trolling’ as he warns democracy is “in retreat” around the world