A survey of rider earnings has been released as the company prepares to float. 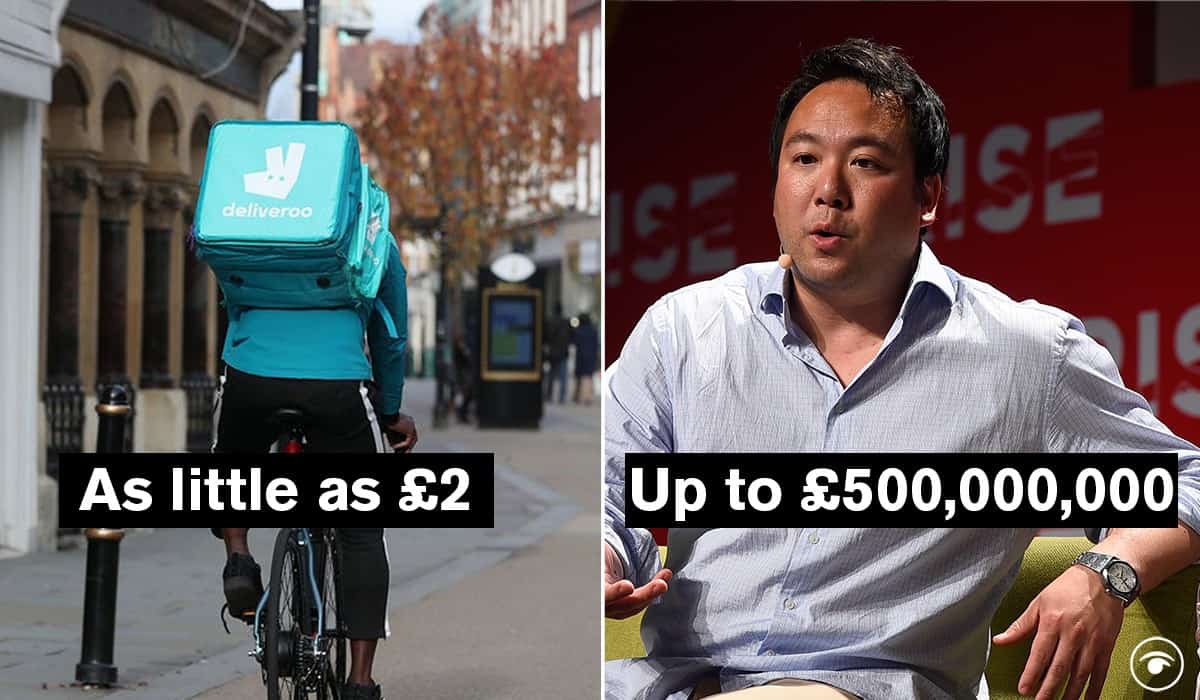 The boss of Deliveroo could be set to net a whopping £500,000,000 as the company prepares for an £8.8 billion stock market flotation.

Will Shu’s delivery company – which has literally been built upon the backs of his riders – will aim to sell shares for around 390p to 460p each, it revealed on Monday, in what is expected to be one of the biggest public listings of the year.

Mr Shu will look to sell off a stake in the business when it lists.

He is likely to sell less than a tenth of his 6.2 per cent holding in the business, which could be valued at around £500 million after the float.

The cash windfall comes after analysis by the Bureau of Investigative Journalism found more than half of the company’s riders are paid less than £10 an hour on average.

Despite Deliveroo claiming its 50,000 riders are paid more than that on average and “regularly over £13 at busy times”, analysis of thousands of invoices uploaded by riders and collected by the Independent Workers Union of Great Britain shows that on more than half the shifts in the sample (56 per cent) riders averaged less than £10 for their Deliveroo sessions.

Meanwhile, 41 per cent of the shifts sampled made on average less than £8.72, the national minimum wage.

In fact, it was found one worker earned as little as £2 an hour for over 180 hours of work.