So much of the European Union referendum was about “taking back control”. Today, now fallacies around money for the NHS, economic freedom and immigration have been cast aside it is one of the few arguments Brexiteers have left in their armoury when defending their rationale for voting out. But if we are indeed to take […] 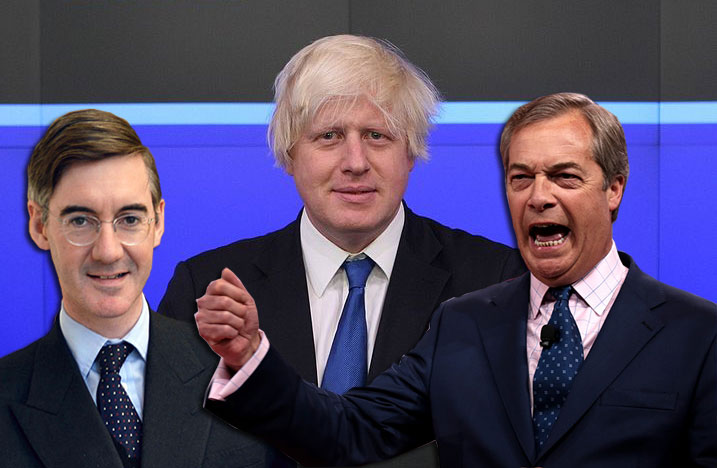 So much of the European Union referendum was about “taking back control”.

Today, now fallacies around money for the NHS, economic freedom and immigration have been cast aside it is one of the few arguments Brexiteers have left in their armoury when defending their rationale for voting out.

But if we are indeed to take back control when we leave the EU, then who are we giving it to?

Well, if today’s speech from Boris Johnson is anything to go by then we have simply switched Europe for Eton as Bojo and members of the ERG step in to ramp up support for an alternative Brexit deal.

Pointing to the margin of Theresa May’s meaningful vote defeat in parliament, he said it was rejected by parliament because it “does not correspond to the result of the 2016 referendum.

“When 118 Tory MPs voted against this now deceased Withdrawal Agreement it was because Leavers and Remainers were united in the dismay of a deal which keeps us locked in customs union, unable to do free trade deals, cut tariffs on own, make food cheaper, help African farmers and turn us into non-voting members of the single market.”

So Boris to the rescue, and in his wake will undoubtedly be Jacob Rees-Mogg, Nigel Farage, the ERG and their elitist cronies determined to get Britain out of Europe on their terms whatever the cost. But with all the signs showing this is a move that will make the country worse off, why are so many working class voters giving them their allegiance?

According to the Bank of England, the average family is now £900 a year worse off than they were before we voted to leave the EU, and we haven’t even left yet. It seems every week you read reports of more factory closures or jobs moving overseas due to uncertainty around Brexit.

Meanwhile Bojo is undoubtedly set to profit from some lucrative book deal, Rees-Mogg’s emerging markets fund is in line to prosper and Nigel Farage tours Australia with cigars in hand and makes whistle stop tours to Europe on private jets.

As Chuka Umunna wrote in The Independent, “Of the many Brexit cons, few are greater than the idea that this is a fight for the people against the elite. It is now beyond doubt: Brexit is a project of the elite, for the elite – and we need to ensure everyone knows this before it’s too late.”