Education Secretary insists children are ‘resilient’, not ‘snowflakes’, and should be taught ‘how to think, not what to think’. 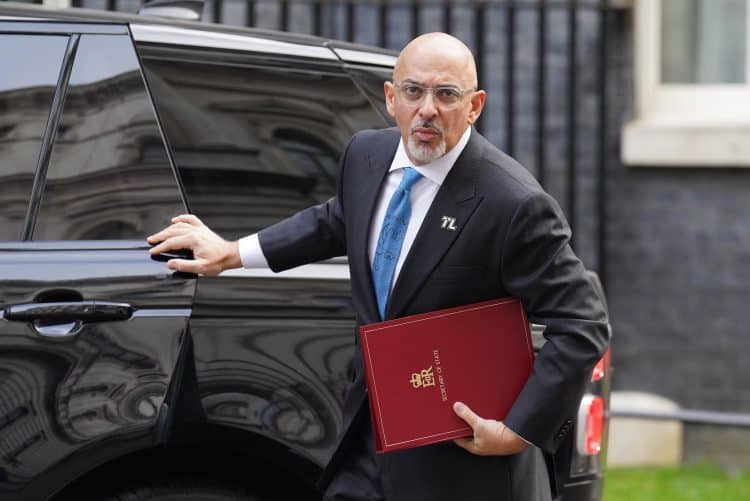 The Education Secretary has insisted children are not “snowflakes” and should be allowed to read books featuring racial slurs.

Nadhim Zahawi warned against creating “false filters” for pupils, arguing that “those in a position of responsibility should be teaching young minds how to think, not what to think”.

It comes after the Government released guidance earlier this year aimed at helping teachers avoid “promoting contested theories as fact” in England.

Speaking to Chopper’s Politics podcast from The Telegraph, the Education Secretary said it was important to remember the resilience shown by children during the pandemic.

“These kids are resilient. They’ve come through the Covid pandemic, the mistaken closure of schools. They’re not snowflakes at all. They are really resilient, and I think it’s important to remember that,” he said.

He added: “Those in a position of responsibility should be teaching young minds how to think, not what to think.

“‘Don’t take your own fears and prejudices into the classroom would be my mantra.”

Asked if children should be able to to read racial slurs such as those contained in Harper Lee’s To Kill A Mockingbird, he said: “Totally. I think it’s really important that children are allowed to be able to be curious… to understand where this stuff comes from, rather than (where you) create these sort of false filters for them.”

The Government guidance on political impartiality in schools, published in February, suggested teaching of the British empire should be presented in “a balanced manner”.

It was criticised by anti-racism campaigners, who called it “disturbing”, while teachers’ leaders said it would stop pupils from engaging with challenging issues in the classroom.

Mr Zahawi, whose family fled Iraq for the UK when he was a child, told The Telegraph: “We have to learn all aspects of empire, both sides of it. Why do I say that? Because actually some people… may have not seen what my family’s experienced.

“The legacy of British mandate in Iraq was a great civil service that then the Ba’athist – Saddam Hussein and his ilk – dismantled and actually set the country back decades.

“And you talk to Iraqis today, they still hark back to a world where they had a civil service that was the pride of the nation, that really delivered for people.

“And I think that’s important, for children to learn today that there were some really important things that we did around the world that is a real legacy, as well as, of course, some of the less good things.”

Mr Zahawi also said he was “deeply uncomfortable” with people “beginning to view everything through the lens of 2022″.

“You don’t become a better nation, a more cohesive community, by denying the past, removing the past. Half of Whitehall would have to be demolished… You explain the past, and you have to explain both sides,” he said.

“I’m deeply uncomfortable with us beginning to view everything through the lens of 2022, when life was very different in previous centuries and the values then were different.”

On political debate in schools, he said: “The first thing I got back when I set out my guidelines around political impartiality is ‘you want people not to think about politics’.

“Because they need to hear all sides of the argument – they need to be able to themselves ‘stress test’ arguments. We don’t need to put warnings on things.”

Related: Getting a UK visa might be harder than leaving Ukraine