“Either the Home Office website and the information given to journalists this afternoon about the policy is completely wrong. Or the Home Secretary gave the wrong information to the House.” 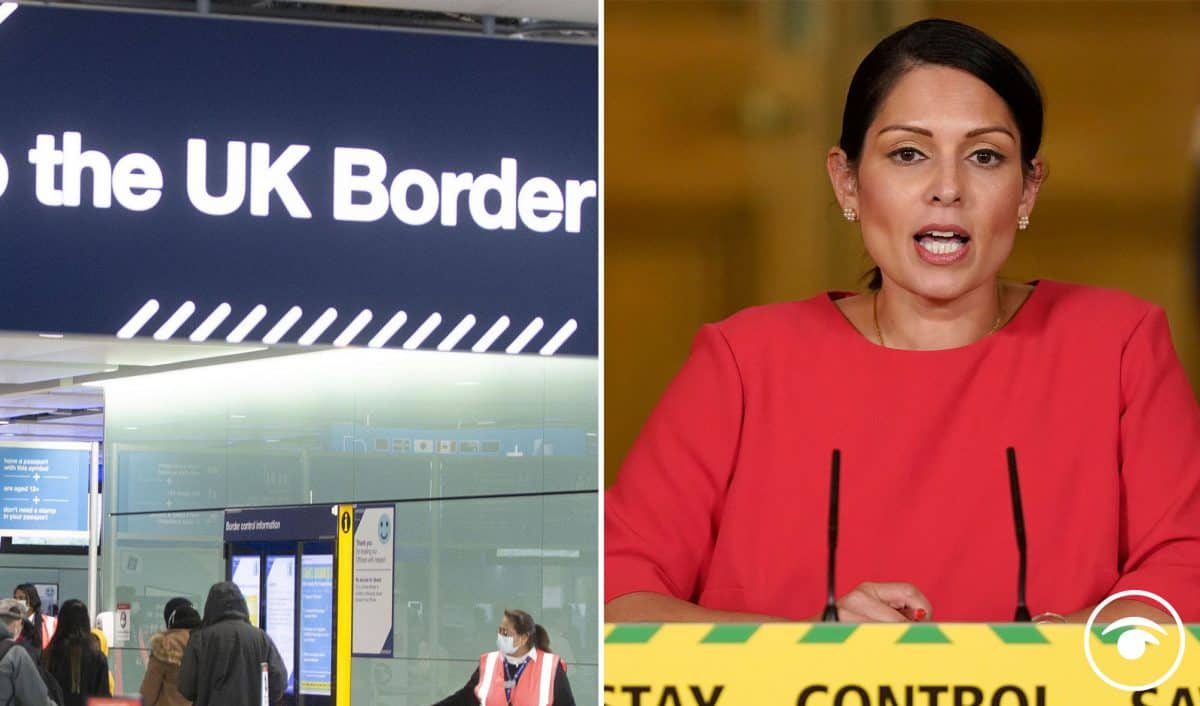 Yvette Cooper has accused Priti Patel of ‘misleading’ the House in relation to Ukrainians seeking refuge in the UK amid the war with Russia.

Speaking in Parliament yesterday, the shadow home secretary said she asked Patel whether an elderly Ukrainian mother or a British resident prevented by border force to travel to Britain from Paris to join her daughter could now come to the UK.

She added: “The Home Secretary said very simply and clearly, ‘yes’, which was welcome.

‘Who’s wrong – the Home Office website or the Home Secretary?’

“However the Home Office has clarified that these arrangements only apply to immediate family, that’s spouses, partners, children under 18 and those in need of care. That does not include elderly parents.

“In this case, the Ukrainian widow is therefore not covered. I have spoken to her daughter this afternoon. She is still waiting in Paris and has been told that there isn’t a family visa route that she can apply for. She is attempting still to find other quite costly ways to try and rejoin her daughter, perhaps through tourist visas instead.

“But this is totally confusing. Either the Home Office website and the information given to journalists this afternoon about the policy is completely wrong. Or the Home Secretary gave the wrong information to the House.”

‘Why is nothing worked out, almost a week since Russia’s invasion of Ukraine?’

Cooper said it is “not fair” on Ukrainians seeking shelter and solidarity and trying to reunite with their families, and urged the government to provide clarity to Ukrainian families.

She also questioned why there is “so much confusion” about who is able to come to the UK, almost a week since the Russian invasion of Ukraine began.

She said: “The UK has always done its bit to help those fleeing war in Europe and it will come as a relief to many people who’ve been calling for action if the government is prepared to do more.

“Why is there so much confusion about this? The Russian invasion began five days ago. Other countries responded with clear sanctuary arrangements immediately. Troops have been gathering since mid-January and British intelligence has been warning of an invasion for weeks.

“We’ve had a weekend of complete confusion, we still don’t know what the arrangements are. Why is nothing worked out already and how on earth is the Home Secretary so poorly prepared for something she’s been warned about for so many weeks?”

Parents of adults and siblings ‘not included’ by Home Office

The Home Office announced family members of British nationals usually living in Ukraine will have to go through a visa application to come to Britain, despite the turmoil in their homeland.

And the government said the relevant British national family member must be either a spouse or civil partner, a parent, child or carer.

This prompted Bylines Times political editor Adam Bienkov to suggest that the government is excluding adult children, parents of adults, and brothers and sisters among many the family members fleeing conflict.

And author Edwin Hayward said the section only applies to Ukrainians who have British family members in Ukraine.

“As yet, there has been no change for Ukrainians who have British or Ukrainian (or other nationality) family members in the UK,” he added.