'It was so public' says Hancock, about his affair 'and so painful'. Yeah, Matt. Sure your wife really appreciates you being so private and sensitive about it now." 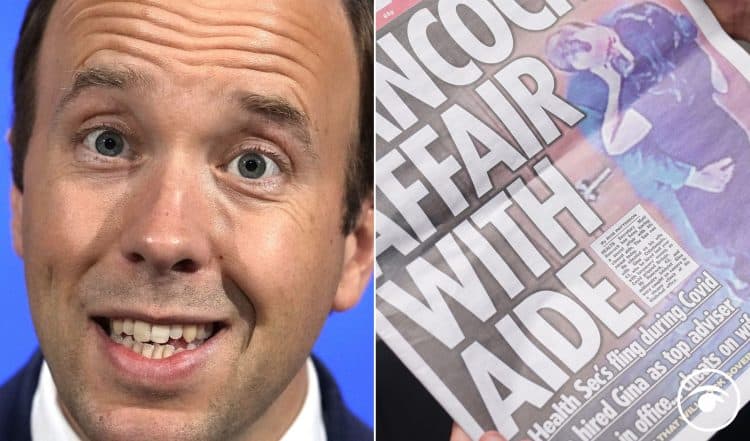 Matt Hancock, for it is he, recently gave a lengthy interview to millionaire entrepreneur, Steven Bartlett, for the podcast Diary of a CEO.

His excuse for rule-breaking? Well he fell in love (see also committed adultery).  However, he denied that he had ‘casual sex’ during his high profile affair, with aide Gina Coladangelo, saying: ‘I fell in love with somebody’.

For the second time, he was seen wearing a turtle neck, after an appearance at a recent Captial Radio event. Is it to hide his brass neck we wonder?

Matt Hancock has insisted that he broke only Covid guidelines rather than rules in kissing his aide and friend in his ministerial office. He eventually resigned over the matter.

“I resigned because I broke the social distance in guidelines then,” Hancock said. “They weren’t actually rules. They weren’t the law. But that’s not the point. The point is they were the guidelines that I’d been proposing.”

He went on: “It actually happened after … the rules were lifted, but the guidance was still in place. So I’m not trying to claim that I hold no bitterness about this because I broke the rules, I fess up, I broke the guidance, and there were only two people responsible for this.”

It happened, no laughing at the back, “because I fell in love with somebody,”

Watch: Clip of a ‘typical day in a bomb shelter’ is going viral